The OB was situated in a small square-shaped private woodland surrounded by fields on all sides looking down on Kiln Farm.

According to information held at B.R.O.M at Parham it consisted of an underground Nissen hut and had drop-down entrance shaft that was lined with tin sheets. According to a local resident the OB was built by the Royal Engineers stationed at Oak Cottage, opposite the village hall, and had an entrance shaft and an emergency exit passage or tunnel. They painted the inside white to try to reduce condensation. There were 6 bunks made from wire netting. There was an OP about 50 yards away.

Auxilier Ray Read (published in: Evening Star, 17 Dec 1996), who worked as a lorry driver for Burton Son & Sanders in Ipswich, recalled 'that the OB was like a submerged Nissen hut with very rudimentary air conditioning.'

The Patrol were ordered on one occasion to stay in their OB for 24 hours to test it. Along with a Tilley lamp, a candle was provided to test the oxygen. If it went out oxygen would be low. After several hours, the candle kept going out and Ray was told to open the hatch to let in some air. He remembers collapsing into a bed of nettles, with other members of the Patrol clinging to trees to stay upright and being sick. After this the ventilation was improved using "a maze of pipes and oil drums" and the vent outlets hidden in hollow tree trunks.

To access the OB the men went down Rosary Lane, down the side of the field and up to the wood. They varied the route so as not to create a path.

Ray Read returned to the OB with some of the other men in 1947. As they tried to enter the first rung of the ladder snapped and the Auxilier fell to to the bottom of the shaft, the ladder having rotted in the years since the war. The OB was filled in during 1948.

We found no indications as to where exactly the OB would have been but its existence was confirmed to us by local residents. We found no trace of the Patrol’s OP. 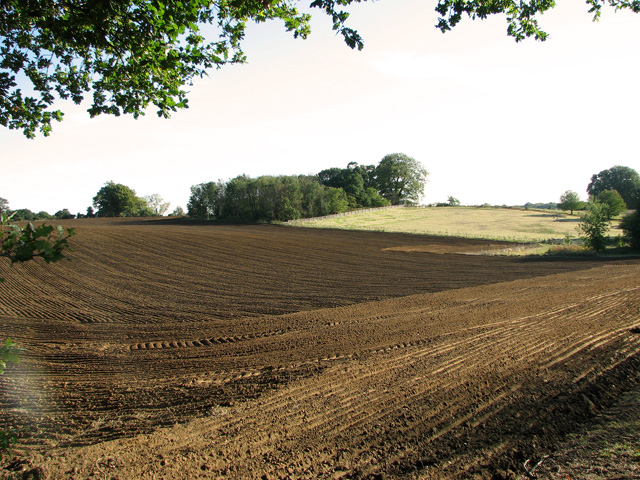 Caption & credit
OB was in the copse
OB Image 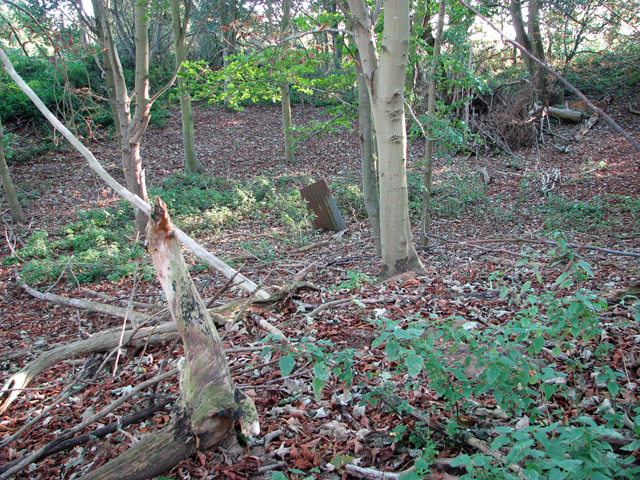 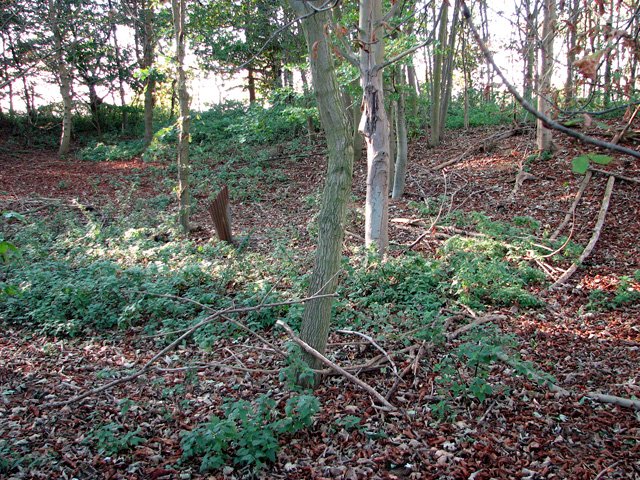 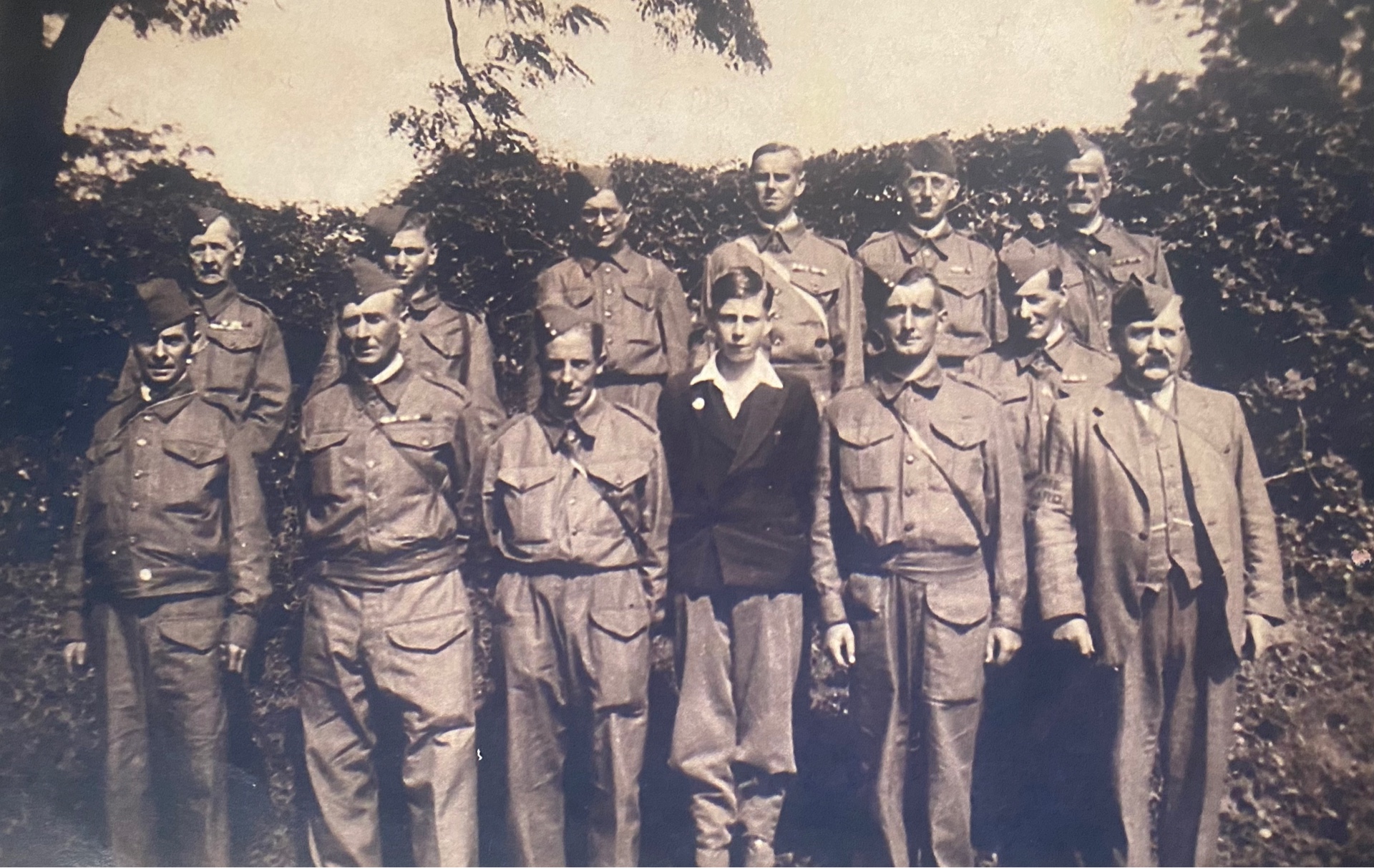 Caption & credit
Graet Bealings Home Guard with Ray Read in centre
OB Status
Destroyed
OB accessibility
This OB is on private land. Please do not be tempted to trespass to see it
Location

Debach Airfield would have been a likely target.

Patrol training was carried out by regular army soldiers based at Framlingham, including Captain Holberton, Sergeant Barry and four privates. They learnt about setting booby traps and how to move about without being seen.

Auxilier Victor Stemp also remembered training with grenades at Coleshill. Ray Read recalled going to Coleshill for weekends special training. They travelled from Great Bealings to Coleshill in a 15cwt truck. Nobody could be told where they were going.

Interview with Victor Stemp conducted by Chris Pratt from B.R.O.M