This information is an account of the Great Leighs Auxiliary Unit as told in 1997 by the late Mrs Essex Seabrook, widow of Captain Keith Seabrook from Little Leighs Hall, the late John Wright a member of the Home Guard and also the late Philip Lincoln a school boy in the village.

It was originally printed in ‘Memories of War-time Village Life’ compiled Pat Watkinson in 1997 and it is supplied to CART with Pat's kind permission.

The OB was located in Devils Pit on Goodman’s Lane.

'The dugouts were concealed using great ingenuity. The one at Devils Pit was at the bottom of an old tree-girt hole. It probably had wooden supports and would have been large enough to stand up in, store weapons and ammunition. The men had to be prepared to live like rabbits, sleeping, eating and planning for as long as necessary. The entrance was through a trap-door.'

'There was a piece of wood, about the size of a man-hole cover that had been covered in lino and had leaves stuck all over it for camouflage. You could hardly see it! I think some of the boys had lifted it up and gone down but I never did.' 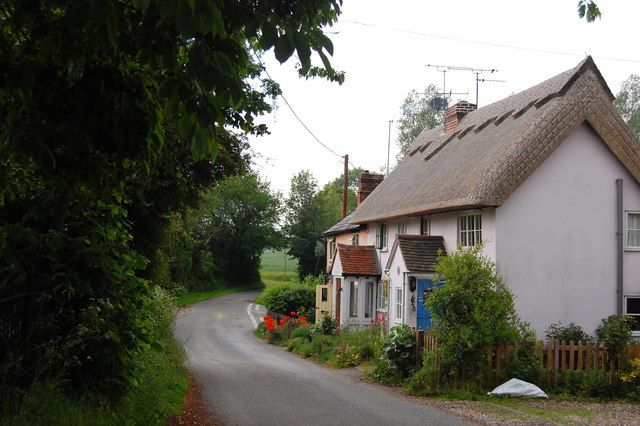 OB Status
Location not known
OB accessibility
This OB is on private land. Please do not be tempted to trespass to see it
Location

France had fallen and the swastika hung over most of Europe. It was Europe’s darkest hour. Three hundred thousand weary and dispirited troops had been evacuated from Dunkirk and a German invasion had become an imminent likelihood. England lay more or less defenceless and un-equipped, but a secret guerrilla army was mobilising underground – and we in Leighs played an important part in it.
The organisation was one of Britain’s best kept secrets; even the Gestapo knew nothing about it.
Each man was hand-picked either for his previous experience in one of the Services or because he knew the local countryside and had the ability to blend into the landscape, keep a secret and if necessary, to go on fighting until he triumphed or was killed.

Captain Keith Seabrook was in command of the local ‘cell’.

Mrs Seabrook explains:  I thought it a bit like the mafia. There were 10 in a Patrol or cell and the Patrols were set up wherever there was danger from invading Germans and along the East coast in particular. There were other Patrols at Boreham and Hatfield Peverel.

These resistance workers were regarded as completely expendable. When the time for action came they would leave their wives and families with unquestioning obedience and disappear into hundreds of boltholes punctuating the vulnerable coastlines. These underground bunkers were prepared during the summer of 1941 amid great secrecy.

John Wright tells us what he saw: My family lived next door to the Crouch family in Lowleys Cottages and we both had soldiers staying with us for a while. They were so secretive about what they were doing all day, but it seemed they were digging bunkers. One was up by Devils Pit in Goodman’s Lane but as they never seemed to take away any soil by lorries no one knew what was going on.

Ernie Crouch was one of these Auxiliaries (as they were called) so he would have known all about it. Mrs Seabrook says he had perfect vision and became chief marksman. Other local members were Bill Goddard, Ernie Witney, Bill Haggins and David Tarlton.

The dugouts were concealed using great ingenuity. The one at Devils Pit was at the bottom of an old tree-girt hole. It probably had wooden supports and would have been large enough to stand up in, store weapons and ammunition. The men had to be prepared to live like rabbits, sleeping, eating and planning for as long as necessary. The entrance was through a trap-door.

Philip Lincoln tells us about what happened one Sunday afternoon when he was a school boy. A couple of boys had discovered a secret place near the pond off Goodman’s Lane. We used to meet up and tell each other what we’d done so we were straight away up there to see this. There was a piece of wood, about the size of a man-hole cover that had been covered in lino and had leaves stuck all over it for camouflage. You could hardly see it! I think some of the boys had lifted it up and gone down but I never did. Some of the boys went back later and were caught by Mr Crouch of the Home Guard. He reported us to the Army and the next thing I knew was a Humber Army car coming to the door to collect me and take me off for questioning. We were all very frightened.

The officer was Captain Harry Waugh, a Welsh Guards Officer with large rimless glasses and when wearing his Guards’ cap he resembled Himmler, Hitler’s chief of the Gestapo. No wonder the boys were scared!

We were questioned one by one about what we’d seen and then had the Official Secrets Act explained to us before we had to sign it. We didn’t really see or know anything of course but my mother was scared out of her mind. She thought I’d been taken off to prison. None of us ever breathed a word about this to anyone even after the war had ended and I’ve never been back to look just in case.
Many of these bunkers were linked and formed a network of tunnels under the countryside. We have no evidence that this was so here. All the civilians recruited into Auxiliary Units were issued with Home Guard uniforms, and were armed with a revolver and a Fairbairn Commando knife. They were given a special pass and identity card stating that ‘no questions will be answered by this officer’
Having to pass themselves off as members of the Home Guard they carried out their ordinary work by day and attended Home Guard parades and training. By night they trained as ruthless saboteurs, armed with explosives so technologically advanced they were not issued to regular forces.
Mrs Seabrook remembers well: It as all very secret. The main task would be to demoralise the Germans should they invade. They learned how to kill a sentry by bending his neck backwards and breaking it, how to vandalise lorries and were generally trained in being ruthless. We had gelignite and arms stored at our house for a while.

They were trained to go into action ‘behind the German lines’, cutting lines of communication, hindering supplies, picking off what targets they could by blowing up roads, railways and bridges. It was a suicide mission and they had no illusions that they would ever see their loved ones again if the call came. Fortunately, it never did.

Keith Seabrook was awarded the MBE (Military) for the part he played as a commanding officer of the Resistance. By 1944 he controlled 70 ‘cells’ from Cromer to Southend.

Mrs Seabrook concludes: It was all very frightening and I was glad it was kept from the ordinary folk

Memories of William Seabrook, who was little lad at the time and son of Keith Seabrook.(2011)

The ‘movement’ was very like the French resistance. The job of the Home Guard auxiliaries who were completely under cover and the reason why not much was written was because the members were bound by the Official Secrets Act thereby details were never disclosed.

David Tarlton was 2nd in command. He lived at Ashwells, Fuller St. He was probably chosen on account of his leadership and qualities like the others. Also belonged was one of the Purnell brothers. They were a mixed lot. Farmers, tramps, game-keepers, butchers etc. All would have blended in to the locality and would have been difficult to pick out.

They were all specially trained assassins to be as much nuisance to the enemy as possible. They were expendable and if the invasion had taken place their life expectancy together with their families would have been about 3 weeks. Meanwhile it was hoped that America would join Britain and thank heaven they did. I believe the movement was disbanded when America came to the aid of Europe.
The ammunition allocation was always low, so the unit stole it from Colchester barracks several times with the risk of being shot too. They were ordered not to do it but their reply was to break in again and on this occasion kidnap the C.O.!

One of the explosives would have been Amotol. Placed correctly on a railway line, this would cut it and the fracture would be invisible to the engine driver until it was too late.
Weaponry already mentioned was very special and of better quality than other service arms. For example the revolver, was not a service .38 but was a 357 magnum with enormous range and accuracy. The Fairbairn commando knife was all steel and essentially a stabbing weapon. Booby traps would have been used eg an exploding bicycle pump.
The award of the Military MBE is rare because little recognition could be given to a movement that did not really exist.

The Units had special lapel badges. Essex was 202, Norfolk 201 and Kent 203. Keith Seabrook’s badge and uniform is at the Home Guard Museum in Ridgewell.