The Patrol were based between Houghton Le Spring and Hetton le Hole in County Durham.

The OB is located at the bottom of a steep hill near the golf course and on a tight bend in the Rough Dene stream, close to Copt Hill in Houghton le Spring.

It was a standard "Elephant" type shelter built by the 184th (S) Tunnelling Company Royal Engineers in 1942.

John Mennear never visited the OB at Copt Hill. It maybe that this was replaced by the only OB he remembered which was at Cocken Wood near Finchale. The access pathway being adjacent to cottage on west side of Lumley Road.
He recalled a wooden hut, about 12 by 8 foot, which was only used for clothes and sleeping bags. They stayed over on Saturday nights only before heading back to work. It was in the wood, near the gamekeepers cottage, adjacent to the path, on land belonged to the Nicholson family who owned the Vaux Brewery.

The OB was based in the middle of the wood, constructed of an excavated underground chamber which was dug out by the Patrol before he joined. The escape route was 20 yards down towards the river. The entrance hatch was covered by turf with a bush growing on top, not a spring loaded hatch. The entrance led down a ladder, and internal layout was a main "Elephant" type chamber. It was not waterlogged but damp so everything was lifted off the floor. John recalled all the explosives and arms were kept there. 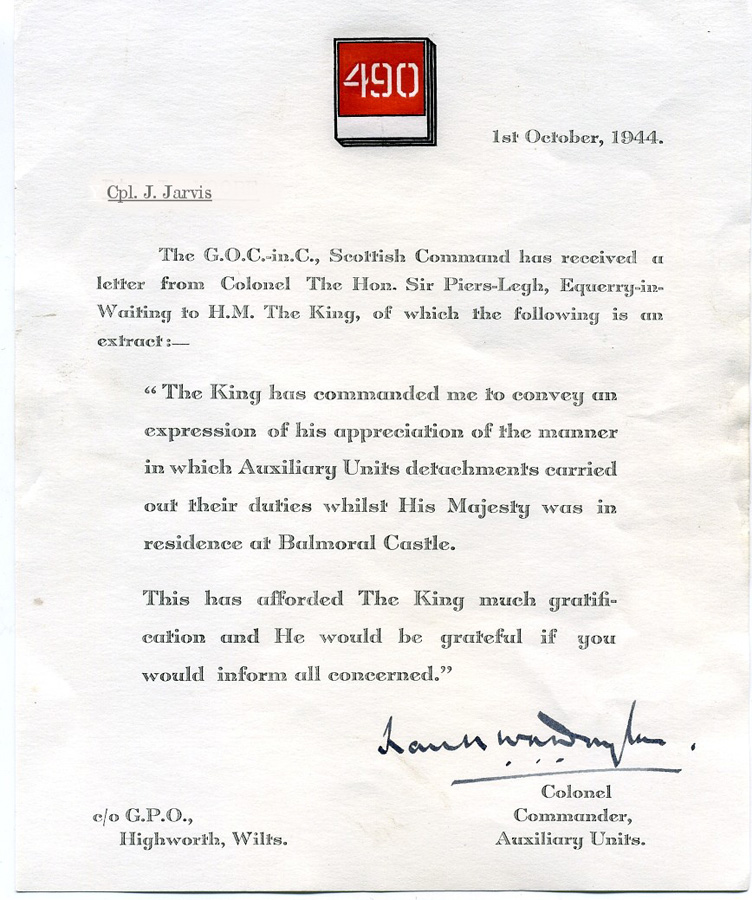 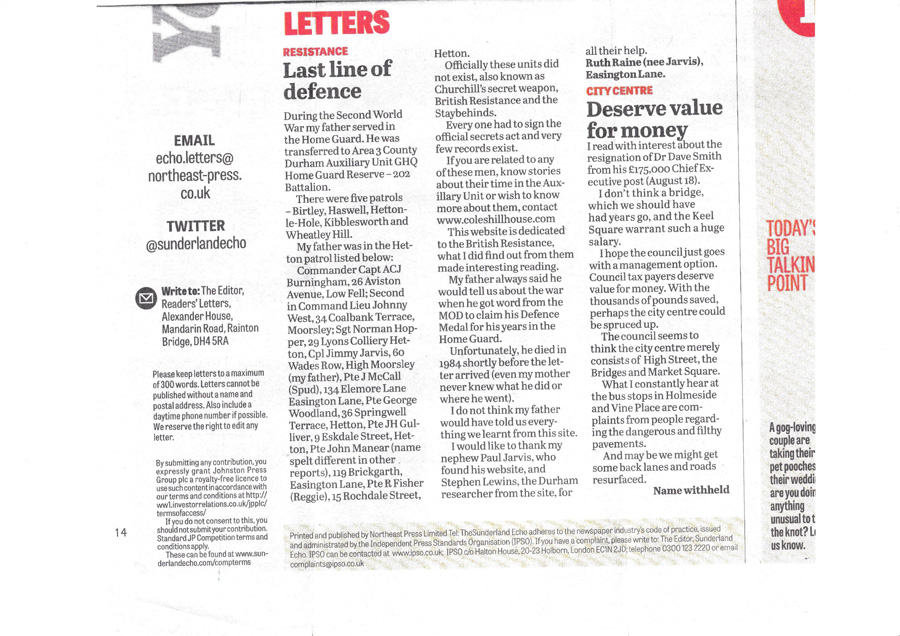 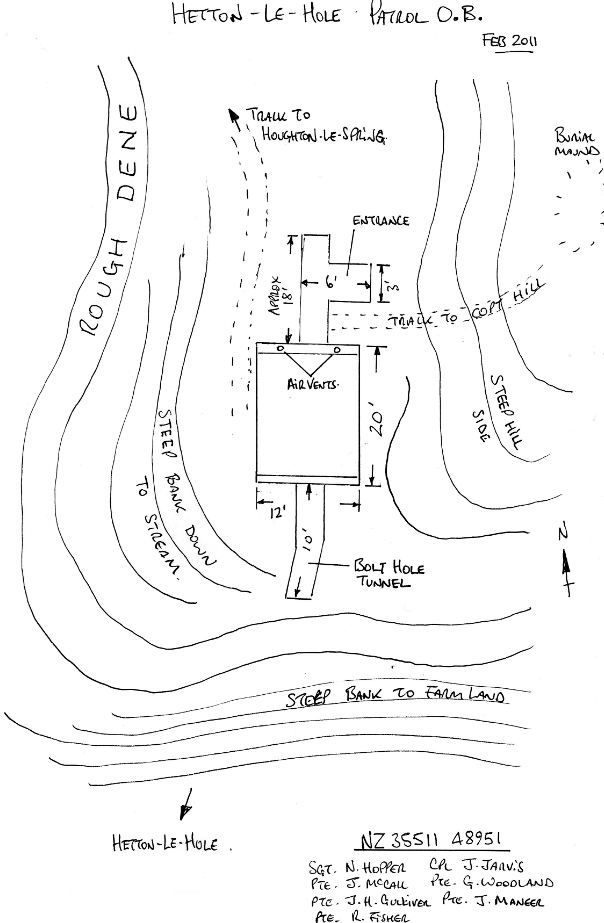 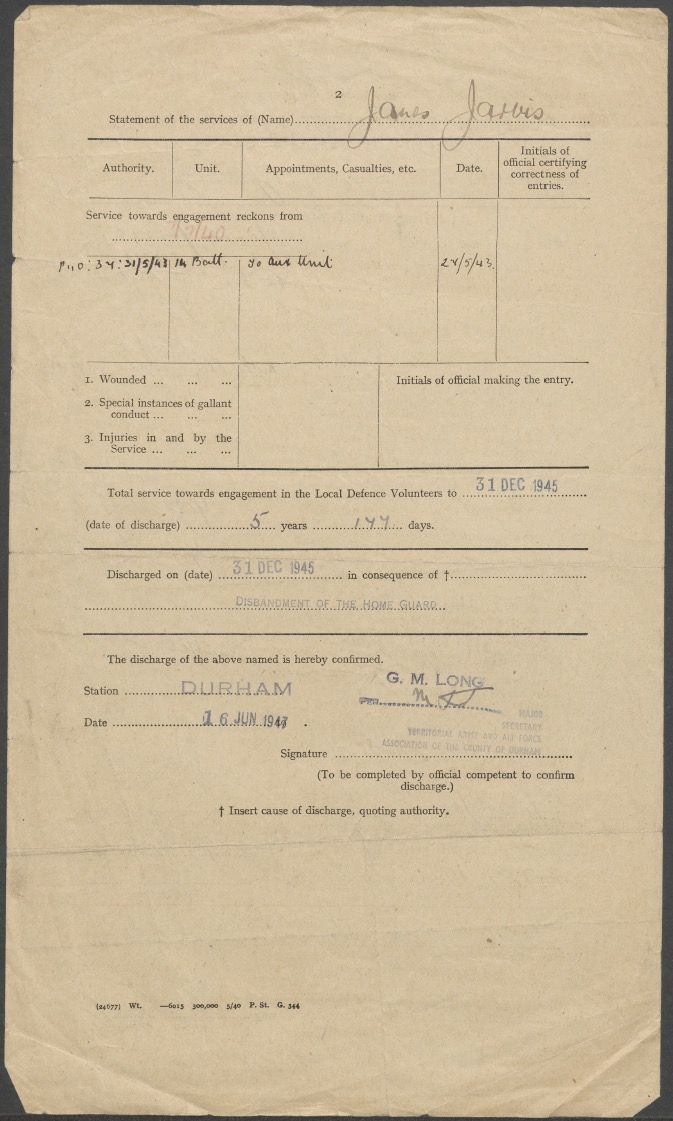 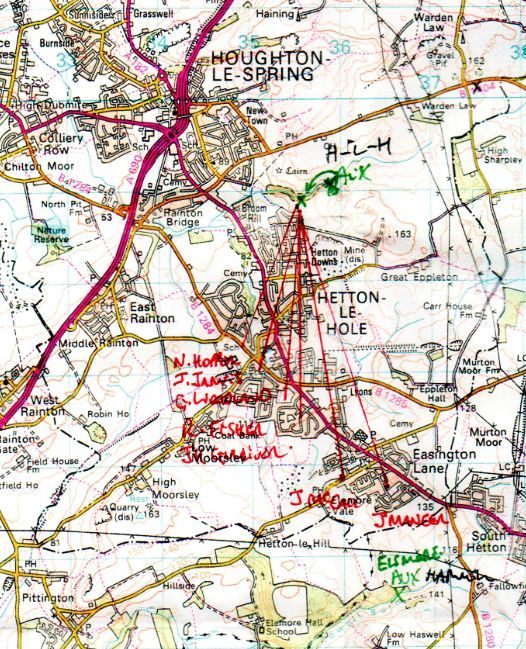 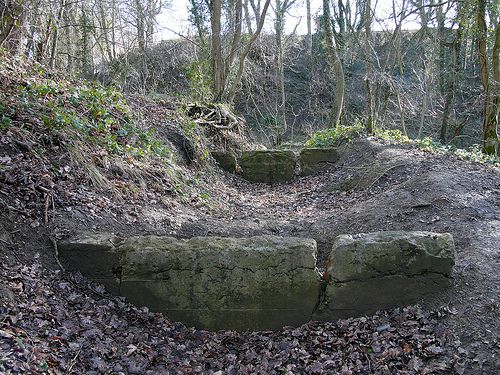 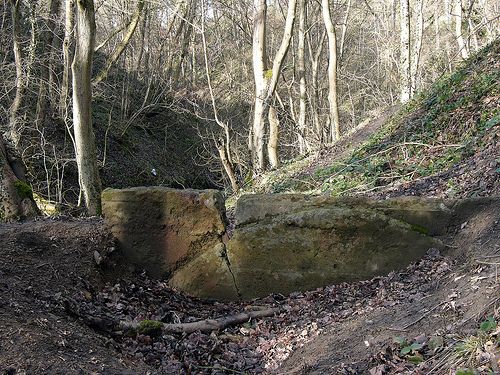 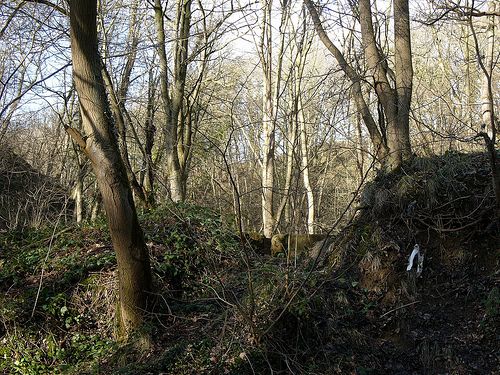 Caption & credit
Bolt hole end showing the higher ground on either side. When complete the two hills would have joined hiding the OB.
OB Image 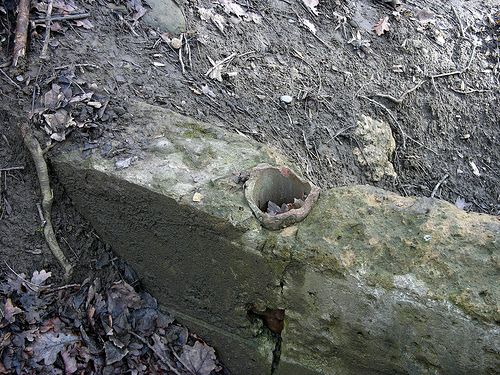 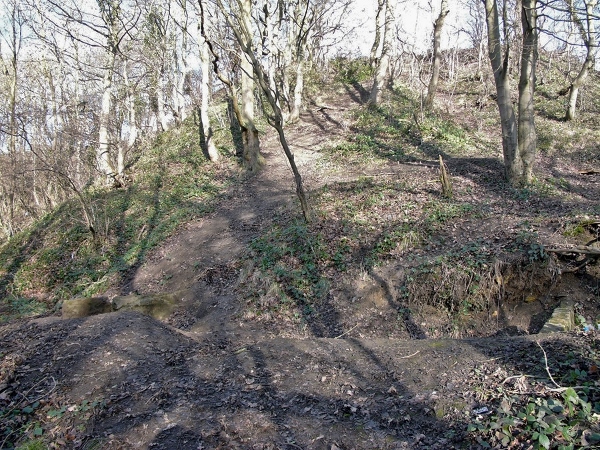 Targets would have included local road and rail links, several local collieries and the large fuel and ammunition dump at Finchale near Durham. There was also possible invasion beaches to the east.

Some of the Patrol (the Sergeant and Corporal) went to Coleshill House to train.

Regional training took place at Castleton with the Scout Section from The Green Howards and Danby Lodge with the Intelligence Officer and Cocken Wood near Fincale, Durham.

Other training was done locally and at Cobbler's Quarry.

Most of the Patrol were involved in the local mining industry.