Maldon is a town on the Blackwater estuary, famed for the production of Maldon sea salt.

Tony Smith, the son of Sergeant Smith, recalled: The OB was Built in secret by military engineers, hidden under Beeleigh Mill with access via a concealed trapdoor in the floor. My Mother was shown this towards the end of the war when the risk of invasion had receded.  After the war I was shown where they hid their radio under a hedge in an adjacent field.

The hideout contained the basics (the basics included a barrel of rum) for the group to exist for a week – it had been learnt from similar groups operating in occupied France that a week was the usual time that it took for them to be discovered and captured.

Terry Broome, the nephew of Auxilier Bill Broome, recalled that the trapdoor was under the third flagstone from the far wall inside the mill, with a short escape tunnel that came out above the wheel race, where a boat awaited for a hasty getaway.

There was an archaeological dig at the site in 2007. The report can be seen here. 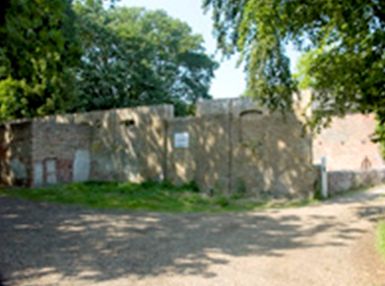 OB Status
Largely intact
OB accessibility
This OB is on private land. Please do not be tempted to trespass to see it
Location

Tony Smith reported; For training, my father was told to report to the Post Mistress at the GPO, Highworth, Wiltshire. From here he was picked up by army lorry and taken to what turned out to be Coleshill House. Here he was trained in the use of plastic explosives, time pencils, weapons, the techniques of sabotage, how to kill silently and how to disappear into hiding in an operational base when the time came to go underground.

Auxilier Bill Broome told his nephew that as well as visiting Coleshill, he had also trained at Wivenhoe Park, now better known as the University of Essex. At his funeral, Terry Broome learnt that his Uncle had used his wartime skills to set up tripwire alarms for the foxes that raided his chicken coops after the war.

In the garage at the bottom of the garden which had once housed his beloved MG Magnette – now sold to an airman in the RAF – were stacked crates of fire bombs.

Luckily, the services of the Auxiliaries were never called upon. At the end of November 1944, the Auxiliaries were disbanded. The War Office took away my father’s much prized snipers rifle and, much to his disgust, the still full barrel of rum, but despite repeated requests, they failed to collect the explosives.  These were eventually dumped at sea by a friendly local fisherman.

As noted above, along with a number of other Essex Patrols, such as Hatfield Peverel and Mistley, it seems that the Maldon Patrol had access to a wireless transmitter. It is not known what type this was and how this would have linked, if at all, to the Special Duties wireless network. This does not seem to have been a feature of Operational Patrols elsewhere in the country.