Situated approximately 100 yards to the east of Middleton Hall - adjoining a garden, about 20 metres above a landscaped waterfall and ornamental pond, and bounded in the east by The Dell, a deep gully at the foot of a high natural dyke – the good condition of the OB is most likely due to the fact that it is tucked away in the grounds of a property that is a tad off the beaten track and fairly secluded, and also to the various owners who have all had a keen interest in local history and in preserving it.

The OB is a solid construction consisting of a Nissen hut-type structure resting on brick foundations, with brick end walls, a 3.70m deep, brick-built drop-down shaft with steel rungs set across the corner, and a brick-lined emergency exit passage at the opposite end. Both entrance and exit openings were made safe by the owner, no trace remains of the original covers. The structure is in very good condition and well looked after.

The brick walls of the shaft (once whitewashed) have moved slightly over time and rusty patches are showing through the corrugated sheeting that forms the roof (originally painted white).

What appears to be the remains of broken concrete counterweights are lying at the bottom of the deep entrance shaft that was accessed by steel rungs, set across one corner.

The main chamber immediately adjoins and is accessed through an arched doorway. Its corrugated roof rests on brick foundations.

The smaller exit doorway leads to a brick-lined passage with a 20-degree angle. The emergency exit passage had brick walls and a roof constructed with corrugated sheeting. The roof has collapsed, the sheeting is still in situ.

Soil has trickled into the chamber through the exposed exit opening, and is partially blocking the exit.
No trace remains of the original trapdoors that once covered the entrance shaft and the emergency exit passage opening.

Several rusty steel objects are lying on the floor. We were unable to identify what they are and which purpose they served but we believe that they were left behind when the OB was abandoned rather than dumped here at a later stage.

Remains of bunks can be seen in one corner. The bunks were made from wire netting nailed to a simple wooden frame.

Emergency exit passage: approx 6m long, with a pronounced kink about halfway down. Emerging into The Dell. 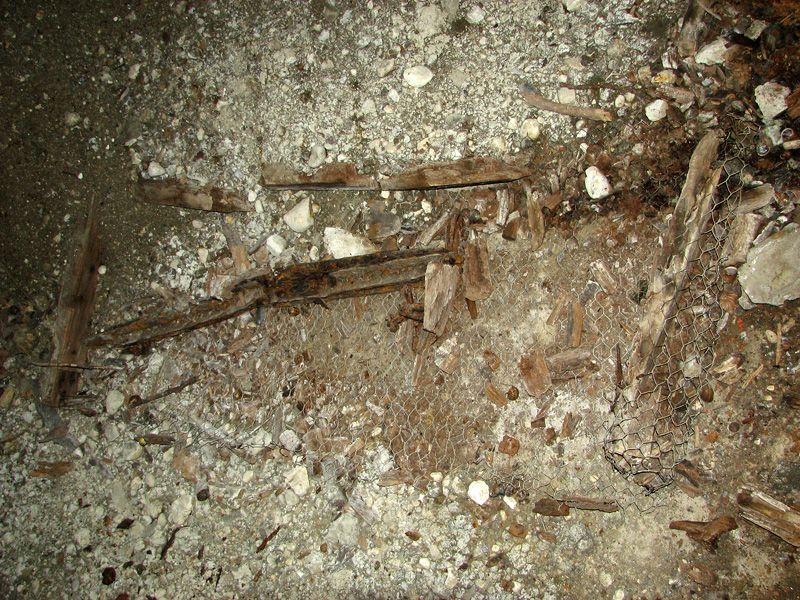 Caption & credit
Remains of bunks can be seen in one corner. The bunks were made from wire netting nailed to a simple wooden frame.
OB Image 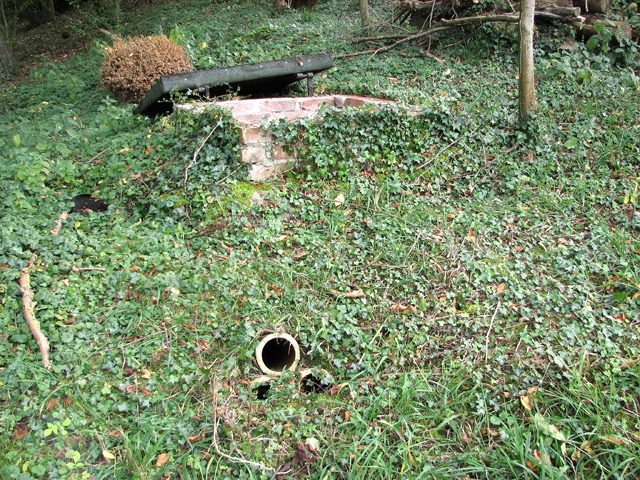 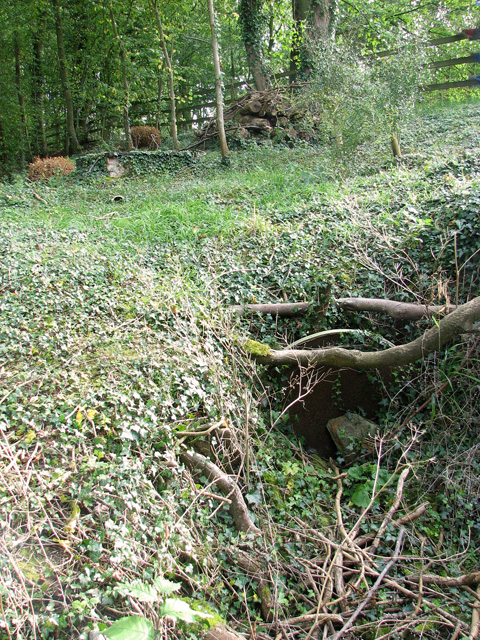 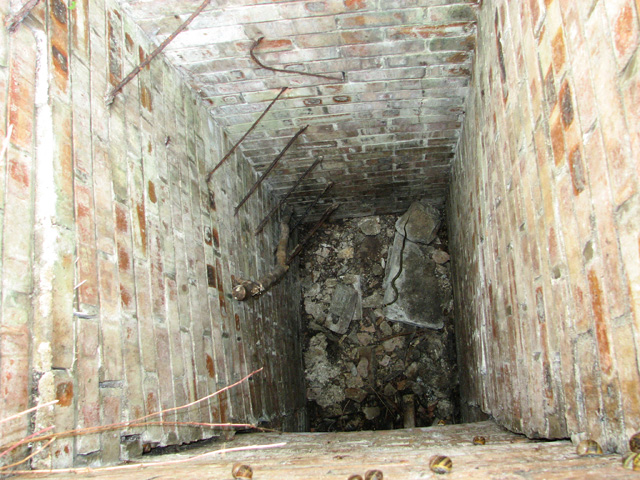 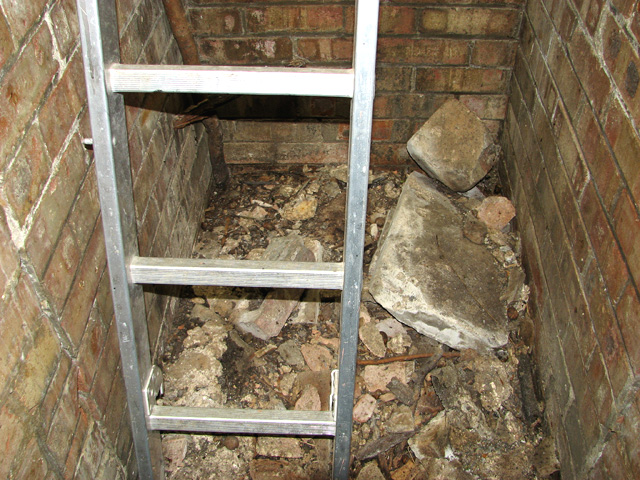 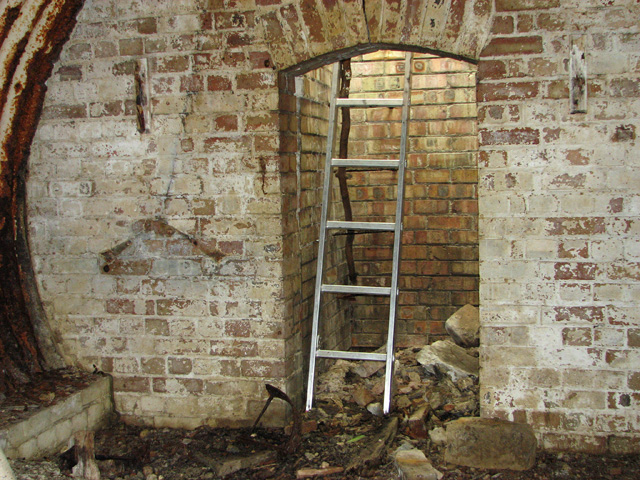 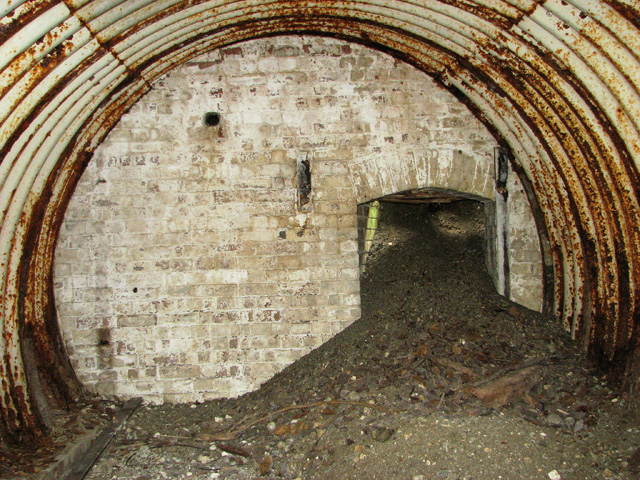 Caption & credit
The smaller exit doorway leads to a brick-lined passage with a 20-degree angle. The emergency exit passage had brick walls and a roof constructed with corrugated sheeting
OB Status
Largely intact
OB accessibility
This OB is on private land. Please do not be tempted to trespass to see it
Location

Metfield aerodrome, railway lines and bridges in the vicinity.
Metfield airfield was built during WWII and used by the USAAF 491st Bomb Group and the 353rd Fighter Group.

Training was mainly done locally by army instructors who used to visit the Patrols, at Hoxne and Weybread. Some training exercises were undertaken at Dunwich, on the coast.

The Patrol did not have rifles but each Patrol member had a revolver and one round of ammunition plus knives, knuckledusters, and a supply of explosives.

Middleton Hall was the home of one of the Patrol members, Private Ernest Haddingham. He was born in 1904. On the death of his father, in 1961, he bought out his siblings and remained living at the Hall until 1971. Due to a fall he was forced to spend the last five years of his life in a retirement home where he died, aged 95, in 1999.