Overbury is a village in Worcestershire, midway between Evesham and Tewkesbury south of Bredon Hill.

The OB was located in woodland on the south side of Bredon Hill, Overbury.

Constructed by estate staff, the OB was built with a Nissen hut structure with separate stores off it for the explosives and food. A square sectioned, short escape tunnel was lined with concrete block and curved away from the OB. A tree stump was incorporated as part of the entrance. Explosives were stored in the OB.

The whole structure was about 12 feet deep, covered with soil and planted up with woodland shrubs and grass to camouflage it.

The Patrol used the tower on top of the hill as an Observation Post. The OB was not equipped with a telephone. 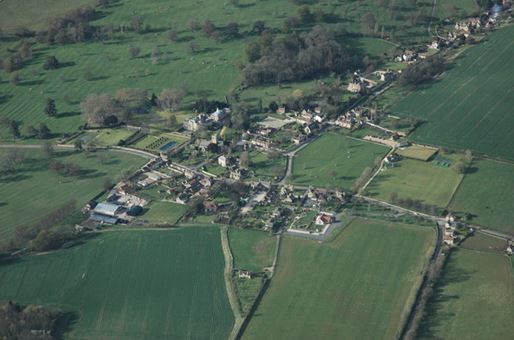 Possible targets could have been Overbury Court, Ashchurch Royal Army Ordnance Corps storage depot and the top of Bredon Hill.

Auxilier Basil Tadman estimated that their night scouting would extend for a maximum of about 5 miles which suggests that their operational role would have been restricted to the locality, had there been an invasion.

The explosives were stored at their OB and Sergeant Basil Tadman remembered plastic explosives, Nobel 808, Cordtex, time-pencils, sticky bombs and No.36 grenades being supplied for their use.

He had kept one of the explosive storage boxes. Unlike the other Patrols in Worcestershire, the Overbury Patrol did not receive any automatic weapons or knives, only Smith and Wesson .38 revolvers.

The Patrol members all worked on the Overbury Court Estate and were recruited from the Local Defence Volunteers.

Gathered on the village cricket field by the Holland-Martin family (estate owners) some of the men were ordered to the library at Overbury Court and introduced to Captain Lloyd Buckall the Intelligence Officer for Herefordshire and Worcestershire. Here they were sworn to secrecy and their new roles were explained them.

In 1944 the Patrol went to the Isle of Wight to carry out guard duties near Cowes.

Interview with Basil Tadman by Mick Wilks in 2000.