Snargate village is 4.5 miles north-east of the town of New Romney.

Romney Marsh had three Auxiliary Unit Patrols, with a fourth near Court at Street on the chalk escarpment above and to the north of the Marsh. Because of the very high water table on the Marsh, their Operational Bases (OBs) were built of reinforced concrete, fined with bitumen, by a civil contractor, Corben's of Maidstone, for £300 each.

Each had two entry/exit shafts, in one of which an Elsan closet could be placed; two three-tier bunk beds; bench seats with shelves above and lockers below; a 50-gallon water tank; and a table.

Today this OB remains structurally sound but is completely flooded. It is now also Scheduled. It measures 20 foot by 8 foot by 8 foot. There are two entrances about twenty feet apart covered by concrete covers: the base was completely flooded in September 2016 when we viewed it; it is close to a drainage ditch and the water table is always high in this area. We did speak with a local fireman who had taken part in an exercise to pump out the base some years ago when two Auxiliers Dick Body and George Elvy were photographed there

Norman Field chose the locations for the three OBs on the Marsh but only ever saw the one at Snargate being built as he was taken away from the Units and Captain George McNicholl took over as Intelligence Officer. Whilst digging the hole to build the OB. Norman noted that at 7 foot down they came across well preserved compressed bracken and a blackened Oak tree lying on its side which he found fascinating being it was from another time long ago!

Sergeant Dick Body recalled: "The three Operational Bases, designed by Captain Field and built by Corbens of Maidstone, were identical in size, being 20 foot long, 8 foot wide and 8 foot high. The external walls were of reinforced concrete lined with bitumen, and white bricks were used on the inside, with a ventilating downpipe in each corner and three air outlets along the centre of the chamber. There was an entrance at either end, with dwarf walls at the bottom in case the enemy should drop a grenade into the entrance shaft. Iron bars were let into the shaft brickwork to form steps. The entrances had camouflaged wooden covers."

George Elvy; “Dick would check the OB regularly because it was on his land and he would not arouse any suspicions, but we wouldn’t use it for several months at a time." 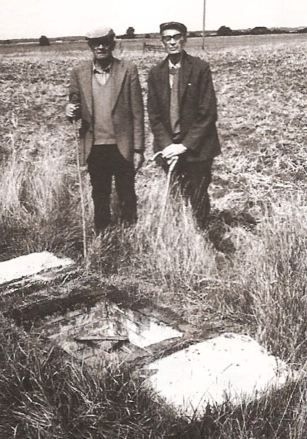 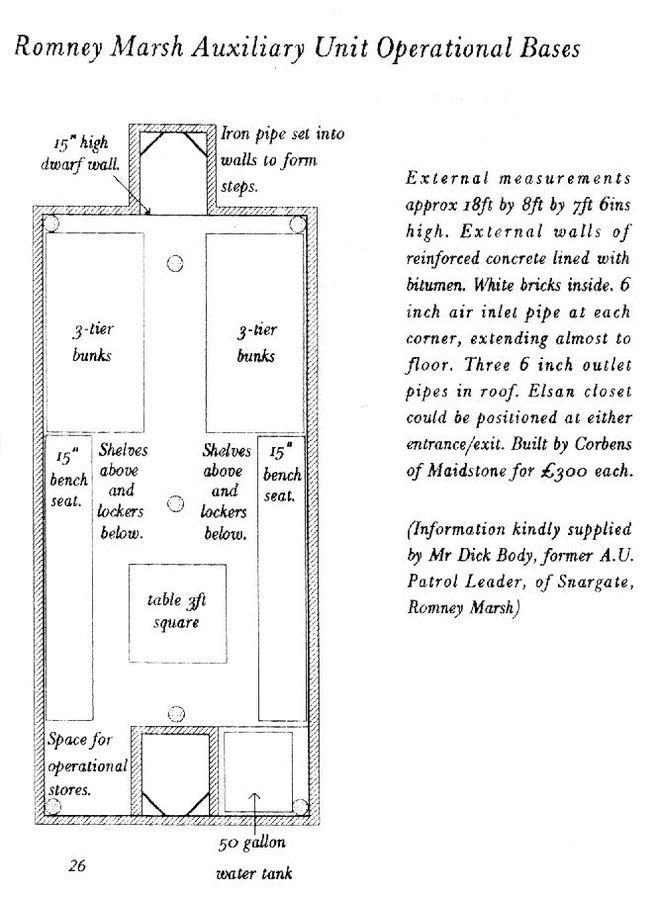 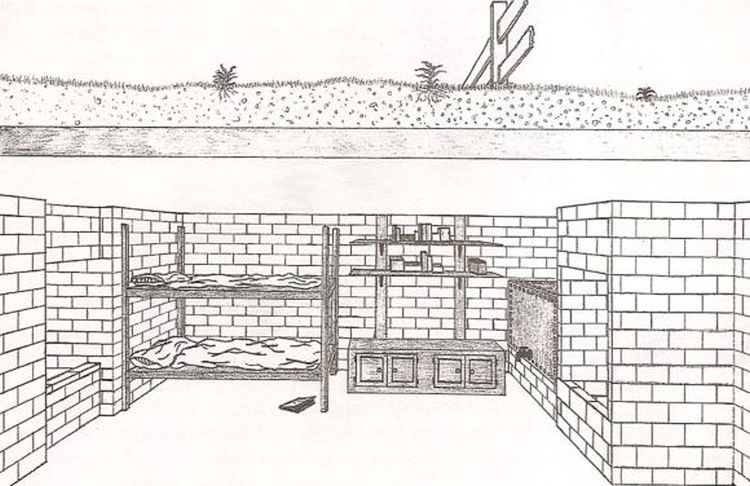 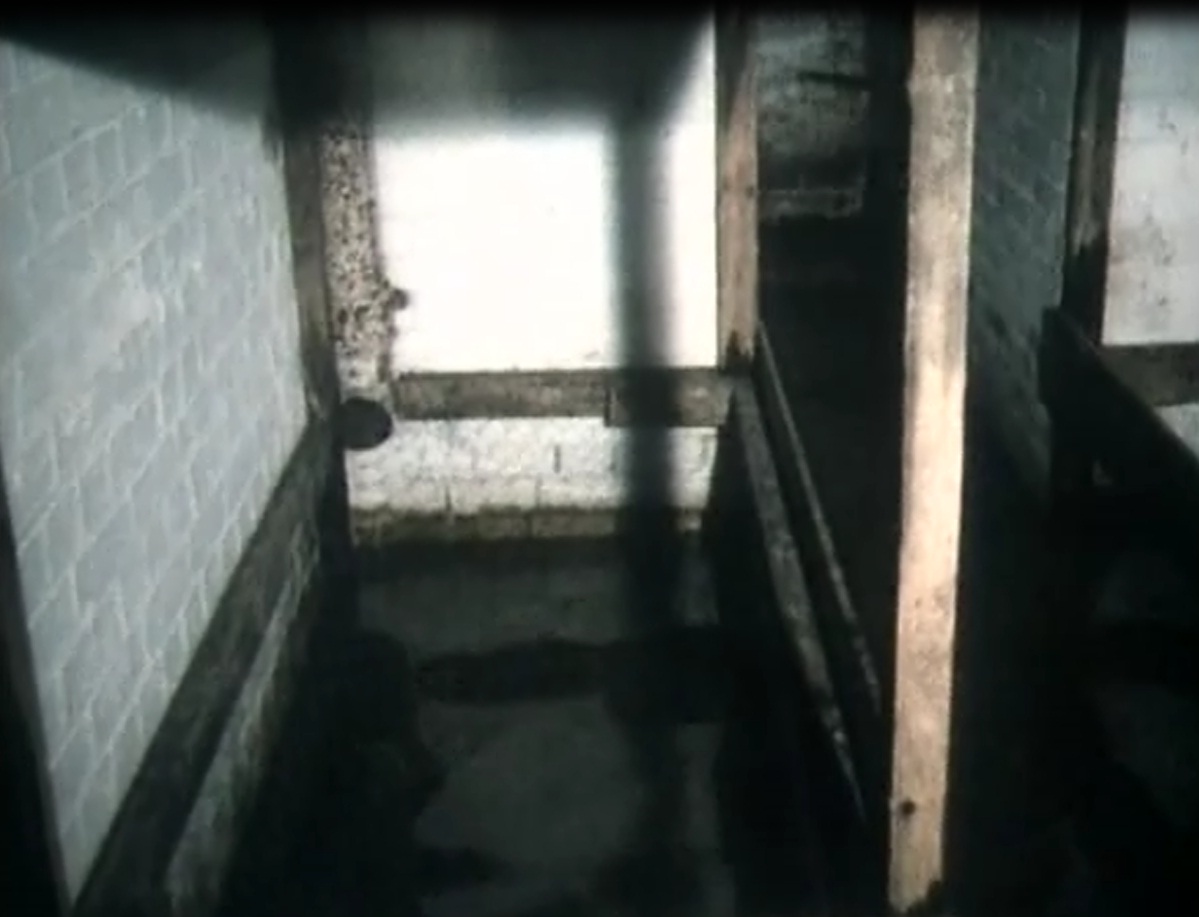 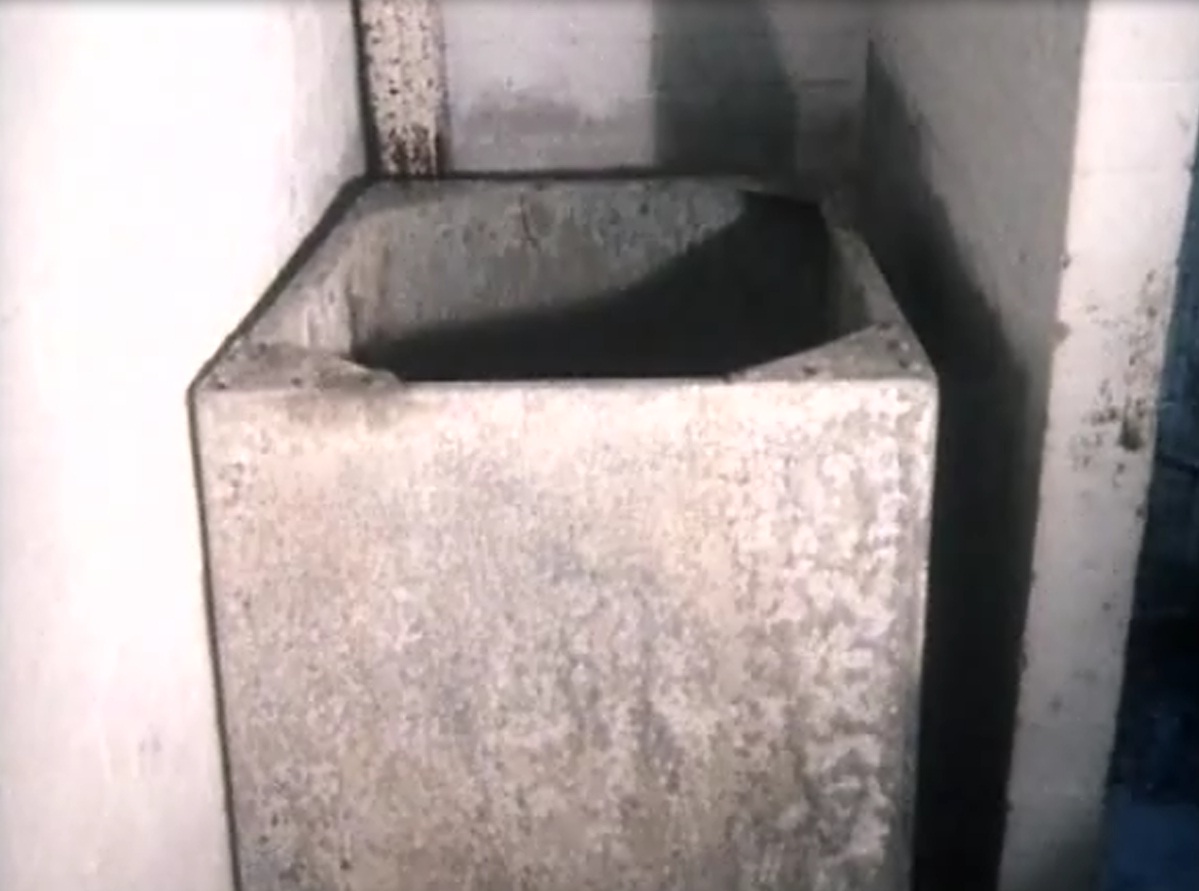 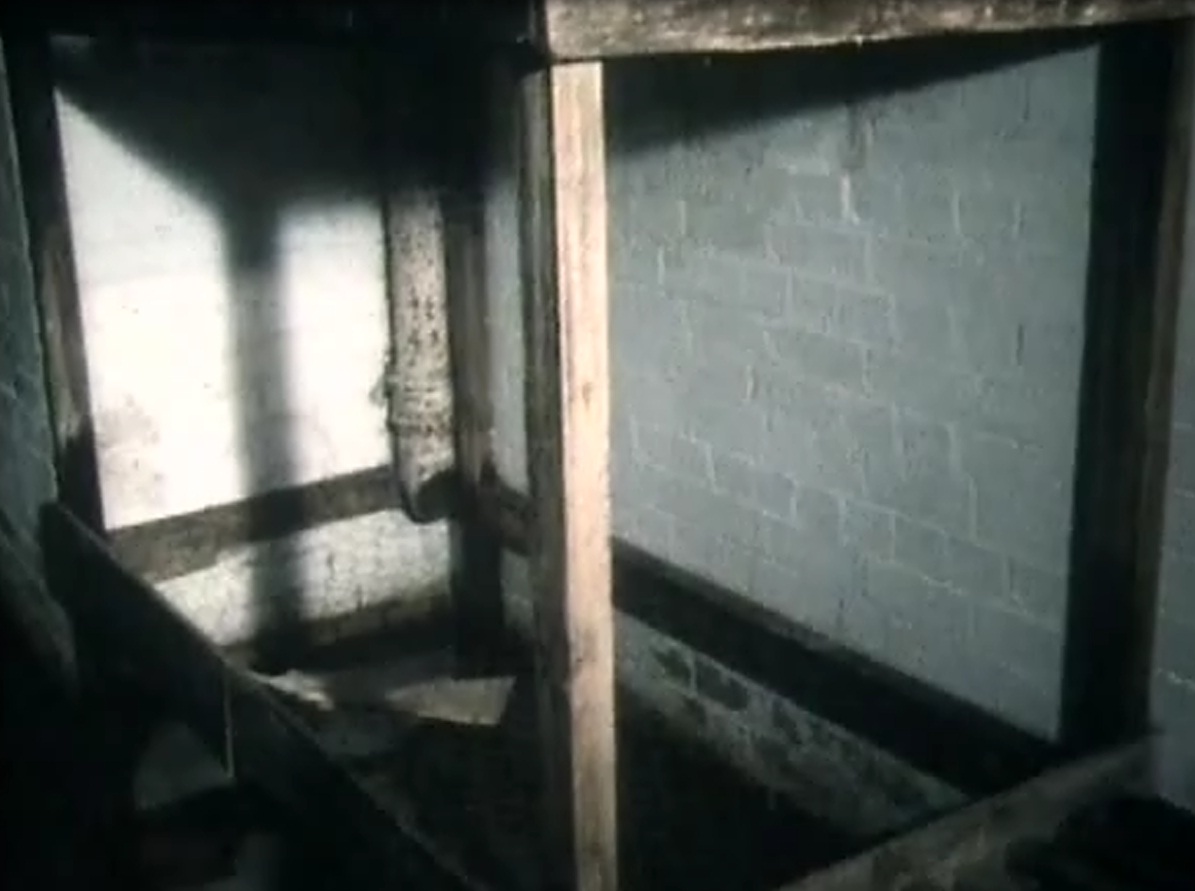 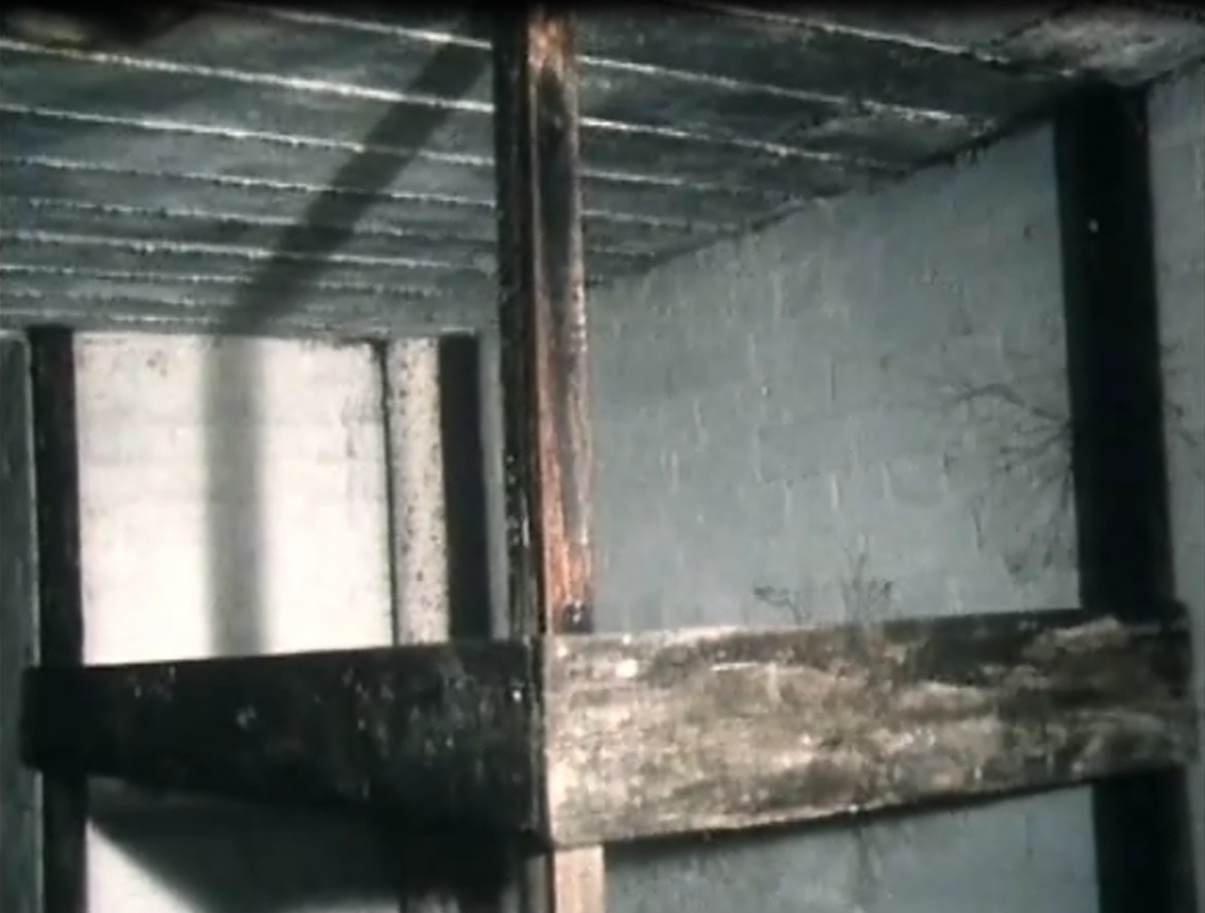 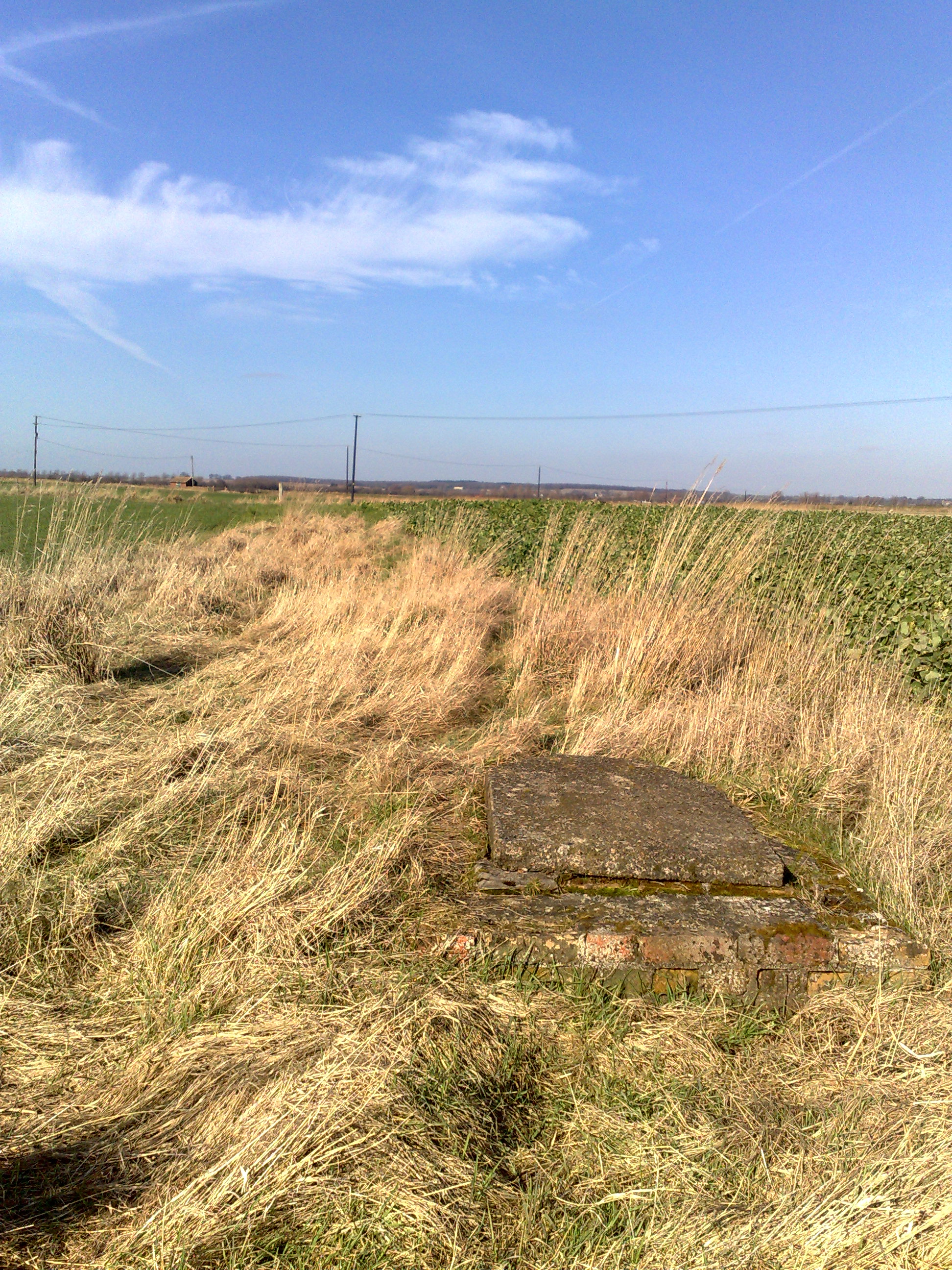 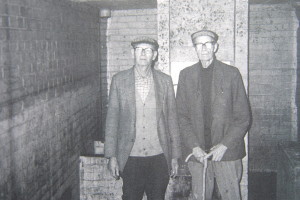 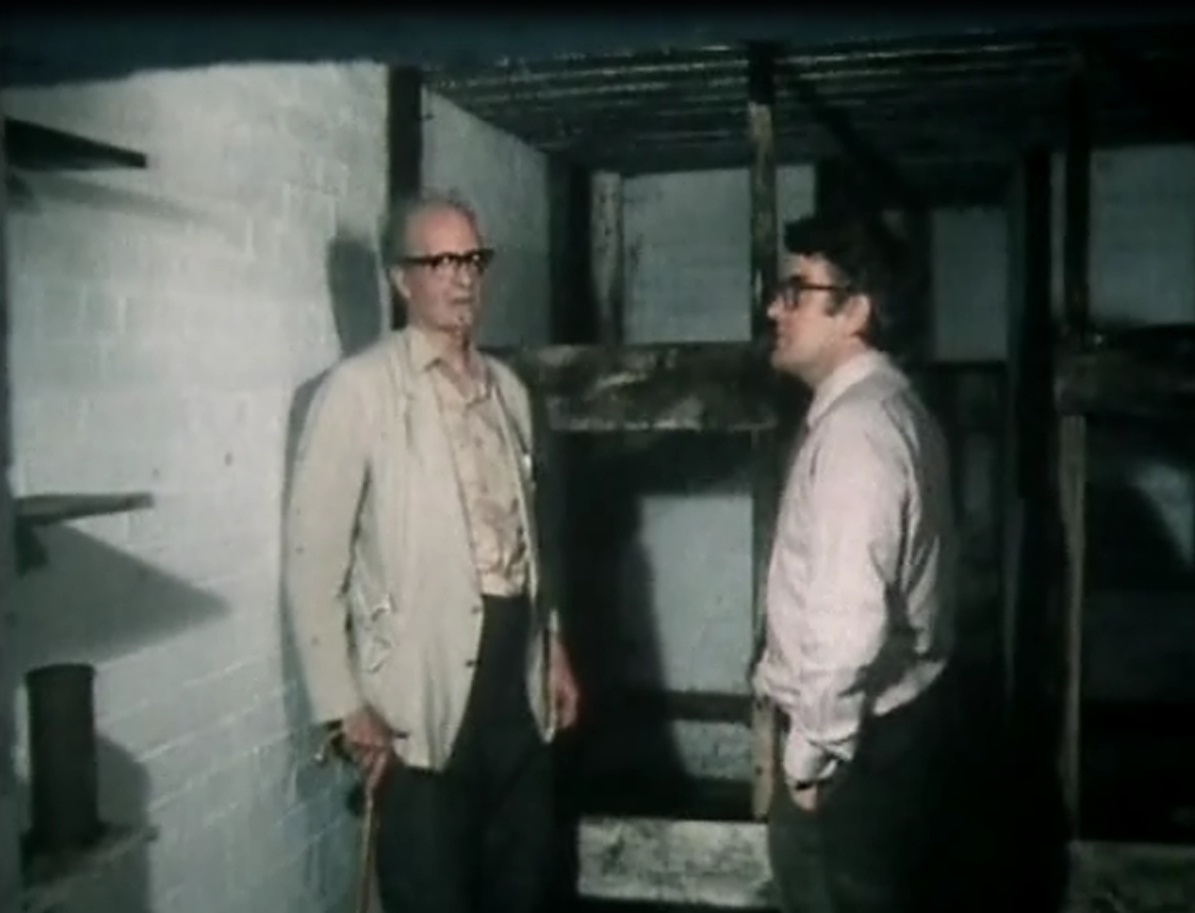 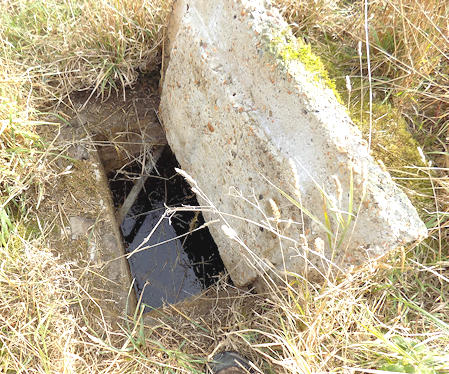 Caption & credit
Snagate OB hatch flooded
OB Status
Largely intact
OB accessibility
This OB is on private land. Please do not be tempted to trespass to see it
Location

Dick Body; "Our main targets in the event of an invasion were lorries, tanks, fuel dumps and stores. Later on, we were to interfere with communications. Night exercises were against the searchlight battery near The Bull at Newchurch. Although we did meet other groups at The Garth and operated with nearby patrols we did not know where the OBs were. At times we used German weapons so as to have a working knowledge of them."

Took place at The Garth at weekends. The Patrol also trained in the area around Snargate and practiced with local military units on the odd occasion.

Sergeant Dick Body remembered his role as Patrol Leader in great detail:
"Soon the Patrols were kitted out and training began at The Garth. Most of the practical work with explosives was done under Captain Field and a Royal Engineer Corporal, and for weapon training, field craft, etc. under a Sergeant MacDonald and Corporal MacKenzie of the Lovat Scouts. At times we handled captured German weapons so that we had a certain working knowledge of them. We were expected to practise in our own areas what we had learnt at The Garth.

For the first year, no importance was put on dress and drill. Various members of Patrols went on a weekend course at Coleshill. There everything was intensive, with the first lecture taking place during the Friday evening meal. The officers running the HQ had all their meals with us; at the first meal the Colonel sat himself next to me. On the Saturday, lectures and practice went on all day with a night scheme that finished about 1 am., more lectures and demonstrations on the Sunday morning: unarmed combat with men from the Army Physical Training Corps, etc. After a quick meal we were trucked to the station and train back.

Every Patrol which went to The Garth was marked for competence with explosives, weapon drill, cleanliness of weapons, firing and grenade throwing. After the first selecting round, Patrols were graded A, B and C. Mushroom found themselves in C and something had to be done. So all weapons spent Saturday evening on the kitchen table being cleaned before going up to The Garth. As only five points were awarded for full turnout, and twenty for drill and turnout, there were occasional absentees. As a result of gamesmanship, Mushroom climbed by two steps from C to Number 4 in A.'

We would practise with live ammunition, firing against a thick bank, and on one occasion the bank was so hard the bullets ricocheted over the top and a farmworker in the next field shouted 'Oi ! These bullets are flying around everywhere!' We also made up a target like a man's head on a string, lay in the dyke, and one man would pull on the string so that the head came up and you would use a revolver to fire at it. We would all take it in turns. That was our training with the revolver on a moving target. After a while we were quite good at it.

On one or two occasions training took place between Goudhurst and Cranbrook, rendezvous at The Peacock Inn, where a waiting army truck led to a place where live ammunition could be used safely and also primed hand grenades could be safely thrown."

George Elvy; “I was given a full saboteur’s training with live explosives and ammunition. We were trained to operate in darkness. Our orders were to do as much damage as possible and if we were cornered and couldn’t fight our way out, we were to shoot ourselves. The reason was we knew we’d be tortured and no-one wanted to give away our secret bunker.

On Sunday mornings we would go up to The Garth for special training with live explosives. We learnt how to blow a tree so it fell across and blocked the road and the speed at which the different fuses burnt. We would often attack Regular Army units and place dummy charges on lorries, guns and tanks where they would do most damage. Sometimes we would tell the units to expect us and then try and creep up on them at night to see how far we could get.

On one particular night I was in a dyke creeping up on the searchlight battery near The Bull at Newchurch when I was spotted by a lady passer-by. She thought I had been in an accident. That put the kibosh on the exercise.

We would meet once a week for training at Dick Body’s house, stuff like map reading, night movement, stripping weapons blindfolded, live firing against a nearby earth bank and pull-string targets using our revolvers."

Sergeant Dick Body: "Soon we were operational and were issued with quite a lot of material, which we took home so that we could practise and familiarize ourselves with it. The first time or two we handled gelignite very gingerly but soon learnt that all was safe so long as the basic rules were obeyed. We learnt the best places to immobilize tanks, vehicles, destroy stores, interrupt communications and set the various devices off by delay mechanisms, trip wires, etc., one of the important points being to do so in such a way that sabotage would not be too obvious.

Each member of the patrol had a .38 Smith & Wesson revolver and a knife as his personal weapons. Each patrol had as well a Thompson machine gun. two .300 Springfield rifles and a .22 Winchester magazine rifle with silencer and telescopic sight. This .22 was particularly for use against guard dogs and perhaps sentries. In 1944 our Thompson gun was withdrawn to send to Denmark and every man was issued with a Sten gun, a weapon they did not think much of; when you squeezed the trigger you did not know how many rounds you might fire.

We went up to The Garth for training. There were plenty of toys that were not normal Army issue - Plastic Explosives, detonators, fuses, time pencils, trips and triggers. Captain Norman Field and a Royal Engineer corporal showed us how to make up explosive charges and booby traps. We were given plenty of explosives and ammunition to take back to the Marsh and practice with. The first few times we handled gelignite very gingerly but soon learnt it was safe as long as the basic rules were obeyed. We learnt the best places to immobilize tanks and vehicles, destroy stores, interrupt communications and set the various devices off by delay mechanisms and trip wires..

Later in the war we wore the 203 insignia with the KT above it on the shoulder. We were also issued, at sometime, the Buffs Dragon cap badge. We dressed and acted like Home Guard as much as possible so as not to draw attention to ourselves and our job. Not until some of our members behaved in a most un-military style at a London railway station, did we bother about drill, dress and etiquette. Some patrol leaders wore sergeant’s stripes, other didn’t. I have mislaid my Wartime Identity Card, but it was stamped with pressed lettering something like GHQ Reserve 203 Bn; the 203 written in ink.”

At Stand Down the explosives and personal equipment were delivered to Group Commander, Fenwick Luke.

Percy Clarke of New Romney Patrol; "We nicknamed Body’s group the ‘Coffee Sippers’, as he was a teetotaler and would not allow his men to go to the pub with us."