Usk is a town located on the River Usk, 10 miles north-east of Newport.

Located in woods to the east of Usk.

The OB had collapsed when first recorded in 1994. It had an entrance from which steps ran down to a small room. A concrete pipe then ran through to a larger room with bunk beds and a corrugated iron roof which had fallen in. Another pipe, the escape tunnel lead out to a area of bramble bushes.

This has now been restored by the owner. It was featured on an episode of BBC Hidden Wales available until Oct 2021. 18.30 minutes in. 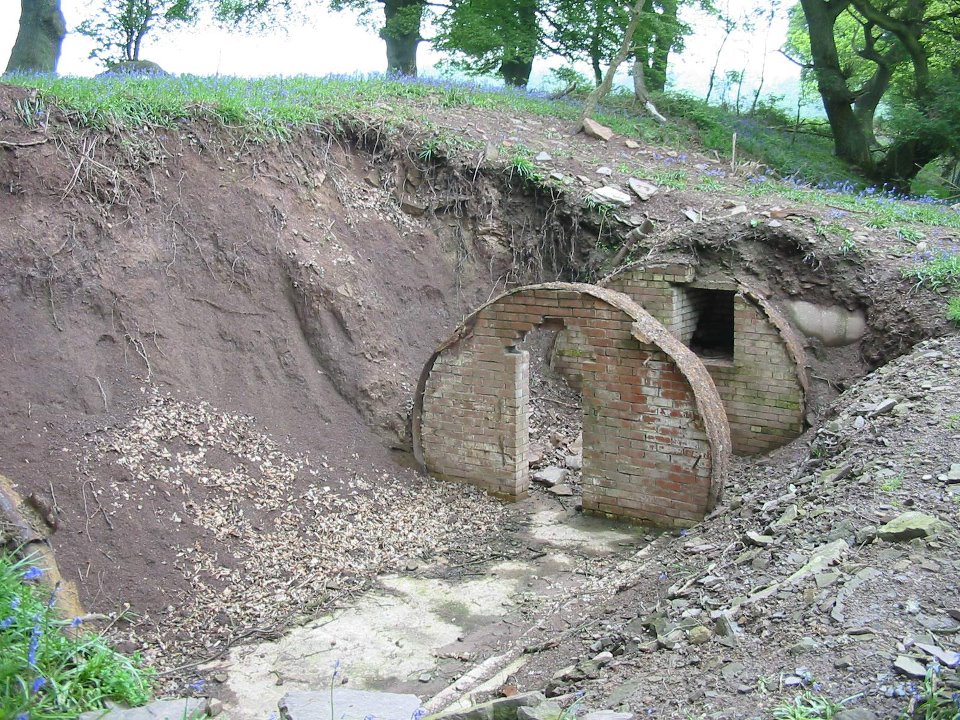 Caption & credit
Usk OB
OB Status
Largely intact
OB accessibility
This OB is on private land. Please do not be tempted to trespass to see it
Location

Obvious targets would have been the road and rail bridges over the River Usk for the A471, A472 and A479.

Usk Prison (borstal) could have been made use of by an invading army.

The men were taught how to use sticky bombs, a selection of guns, grenades, fuses and time pencils. Each Patrol was issued with Fairbairn Sykes knives which were particularly lethal instruments. The men were taught advanced ‘thuggery’ and became very highly skilled in how to kill silently using knives or the cheese cutter garrotte. The men were basically not meant to be a confrontational unit, but lone sentries would no doubt have been targets for silent execution.

Usk Patrol had the codename Esau.