The Scout Section was made up of Regular Army soldiers with a Lieutenant in command. Their role was train the Home Guard Patrols, but also to go to ground themselves in the event of an invasion.

In April 1943, the Scout Sections were reduced in size, with the two sections apparently combining to create a single joint section. This included men from both previous sections and the last two Lovat Scouts who remained in Kent.

The first group photograph shows; Frank Platten in the centre with Sgt William MacDonald (left) and Cpl. Angus Mackenzie (right). Arthur Spurrett is the back row second from left. The photo was taken at The Garth. 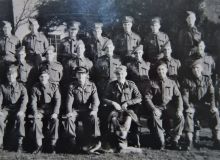 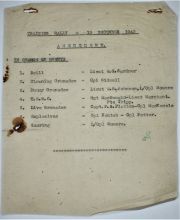