Bromyard is a town in north-east Herefordshire. It lies near to the county border with Worcestershire on the A44 between Leominster and Worcester.

The first OB was in Warren Wood on Bromyard Downs, overlooking the race course. It was L-shaped and built of concrete blocks but was too small for all the Patrol.

The second OB was built some distance away from the first, at the top of the wood near the reservoir. It was built by local contractors who were helped by the local bailiff's men, and was constructed of corrugated iron and brick with a 20 foot long escape tunnel. The tunnel exit was concealed between two large rocks in a quarry.

Unhappy with the hinged entrance, the Patrol made their own with counterbalance weights and disguised it with leaves and twigs. A telephone in the OB was linked by two wires to another one hidden under a Yew tree near the road. From here any observer would have a fine view of the Common and any approaching forces.

Initially explosives were stored in a large barn next to the oasthouse at Brookhouse Farm. When the second OB was built the first became the explosives store. Explosives were also buried amongst the trees opposite Clater Park and under a Yew tree near the road by Brockhampton School.

A local man, Ed Harris described the OB; 'Back in the late 50's / early 60's when we played up there, there were 2 by 2 tier metal bunkbeds inside, a small metal table and 4 metal chairs. On a shelf was a primus-type stove and several pots and pans. I remember that in one tin were boxes of matches and some flints - for a lighter possibly. It was a challenge to squeeze through the small opening that remained in place'

In 2016 an archaeological project investigated both Operational Bases 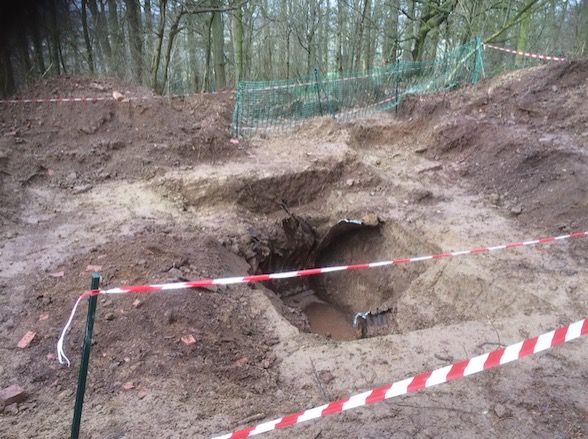 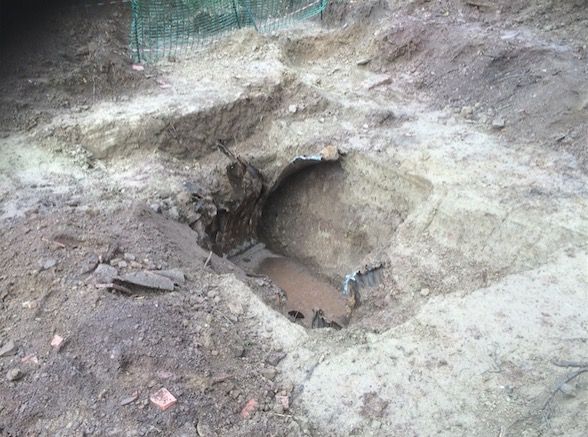 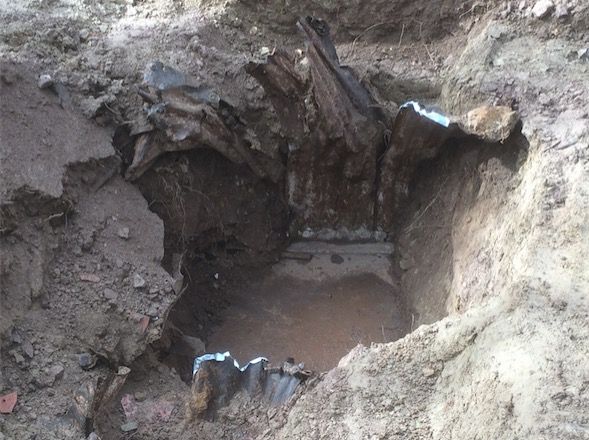 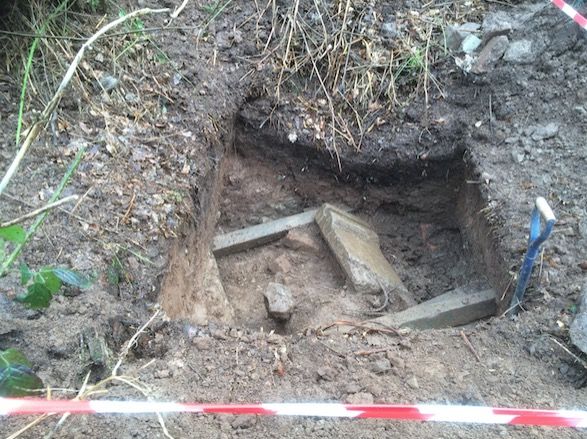 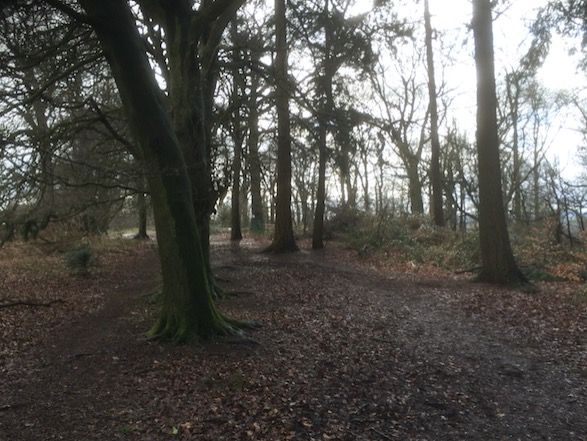 Caption & credit
The woods the OB is located in.
OB Image 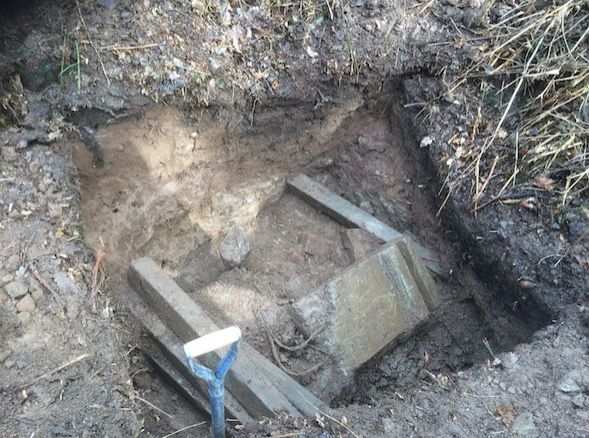 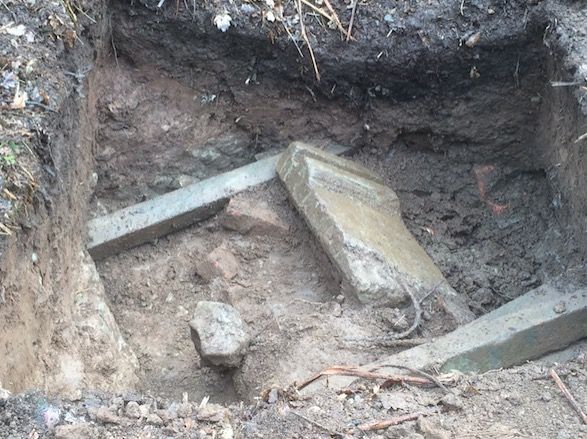 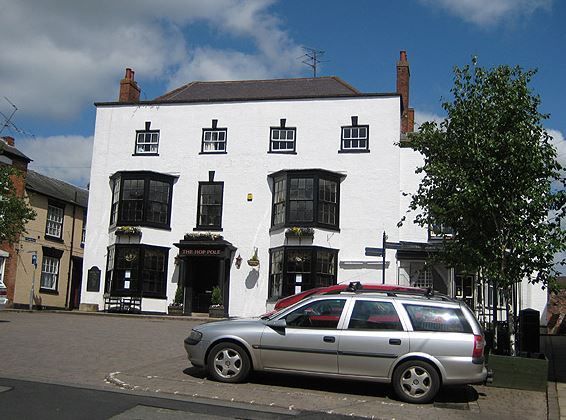 Caption & credit
The Hop Pole Hotel
OB Status
Collapsed with few visible remains
OB accessibility
This OB is on private land. Please do not be tempted to trespass to see it
Location

Roads and railway lines into Worcestershire.One of the Beech trees by the road were cut through in preparation to fell across the road in front of an enemy staff car, another being felled behind to prevent retreat. The enemy officers would then be killed with grenades leaving the remaining troops demoralised.

Large houses in the area, potentially used as a German HQ, were also targets.

Local meetings and firearms practice took place at Sergeant Agnew's house at Brookhouse Farm where they would fire up into a high bank in the corner of Brookhouse Wood. Grenade training took place at a range at Credenhill and a quarry at Overbury Court.

When Agnew moved to Yarkhill, meetings were held at The Hop Pole Hotel at Bromyard and training exercises were at Stanford Court (the home of John Potter). By this time the pressure had eased and it was almost more of a social event.

Night training exercises were carried out in pairs to the large houses at Brockhampton and Buckinhill.

The Patrol stayed at the OB at weekends from Friday to Saturday. Towards the end the OB had become very damp and the Patrol had a rota to check it a few times a week.

All Hereford Patrols trained at Holmer Grange, the home of Captain Hughie Hall. Auxiliers had memories of a large lake with a pontoon bridge over. An exercise was to run over the pontoon with all their equipment, missing the part of the bridge that was primed to collapse. If they didn't fall in, the instructors pushed them in anyway. A stuffed dummy mounted in a doorway was used for silent killing practice.

A competition between all six patrols took place at a farm at Holmer. Each Patrol had to place a magnet with the Patrols name attached on some farm equipment stored in a yard. Getting in and out without being spotted, the victor was Bromyard Patrol.

John Thornton and Howard Kelsey both went to Coleshill three times to train. Travelling by car and finally by Army lorry they remembered unarmed combat training and night patrols.

It is assumed that they had the standard weapons and explosives issued to all Patrols.

John Thornton remembered a Thompson sub machine gun, which he could strip and reassemble in the dark, a .38 Smith & Wesson and a Fairbairn-Sykes fighting knife. Thornton also remembered a “different type of knife with a curved end ”. This is thought to be a tyre slasher knife which was later also issued to SOE. He kept his revolver and a knuckleduster for a long time after the war.

Captain John Todd gathered a few Patrols at Overbury Court before going overseas. He was asking for volunteers to go to Norway with him. Agnew and another Auxilier put their names forward but it is thought the plan was deemed impractical.

“Jacob” Patrol were told to make their way to Mrs Harris or Mrs Lane, who both lived on the Downs if they were injured during operations.

In a similar system that was set up in Worcestershire, the Patrol had a secret “message postbox” through which they could supposedly communicate with HQ - Captain Sandford at Eye Manor. A loose stone in the wall around Brockhampton School, near the rear entranceway left a hole where messages to and from the Patrol could be concealed. The school headmaster, Mr Essenheim ended up “the postman”.

Along with other Patrols from around the country some of “Jacob” Patrol were recruited to defend the Isle of Wight in June 1944 during the time of D-Day.

Herefordshire Patrols had their first reunion dinner on 26 Jan 1945 at Booth Hall in Hereford.