The parish of Winscombe and Sandford is situated on the western edge of the Mendip Hills and on the A368.

The OB was constructed in Sandford Levvy, an old horizontal mine adit, many feet underground, running south into Sandford Hill and 450 metres long. It was a trial lead mine first opened in 1830.

In the adit there are remains of paving stones, pieces of old wood and rusty brackets which may be the remains of bunks. There are faint marks on walls which could have been caused by candles and the air is fresh. There are other tunnels above and below the chamber used by the Patrol.

According to Auxilier Sam Gilling, "The Patrol only used to go there in the dark, never in daylight and never the same way twice. Inside there were sleeping quarters, hard tack rations, explosives and special equipment."

Local lad, Wally King lived at Eastwood as a boy and knew the mine area well. He saw the army there hard blasting and later went to find the entrance built over with new access from the top, via counterweighted camouflaged trap door. Inside he found slabs and curved corrugated iron rounded ceilings. Drainage channels were cut at the side of passage. Wire mesh shelves held grenades, cases of rifles, dynamite in 6lb sweet jars.

Local boys knew of another way in further up the hill and were lowered down by rope. The Army had cut a second entrance, 30 yards south west of the main entrance.

Wally watched the Patrol fire metal topped milk bottle phosphorous bombs from something like a mortar on a tripod right across Sandford Quarry.

Another local, Percy Baker, discovered the OB and found it camouflaged and full of ammunition. Thinking it was an enemy hideout he reported his discovery to Police. He was made to swear to keep it secret. 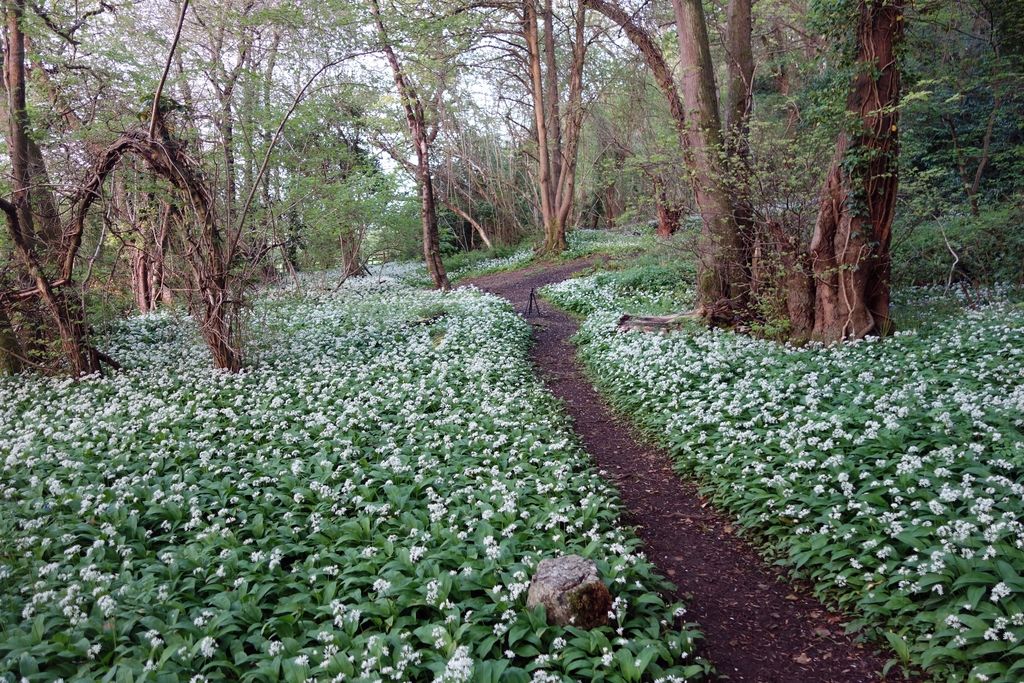 Caption & credit
Approach to the mine entrance.
OB Image 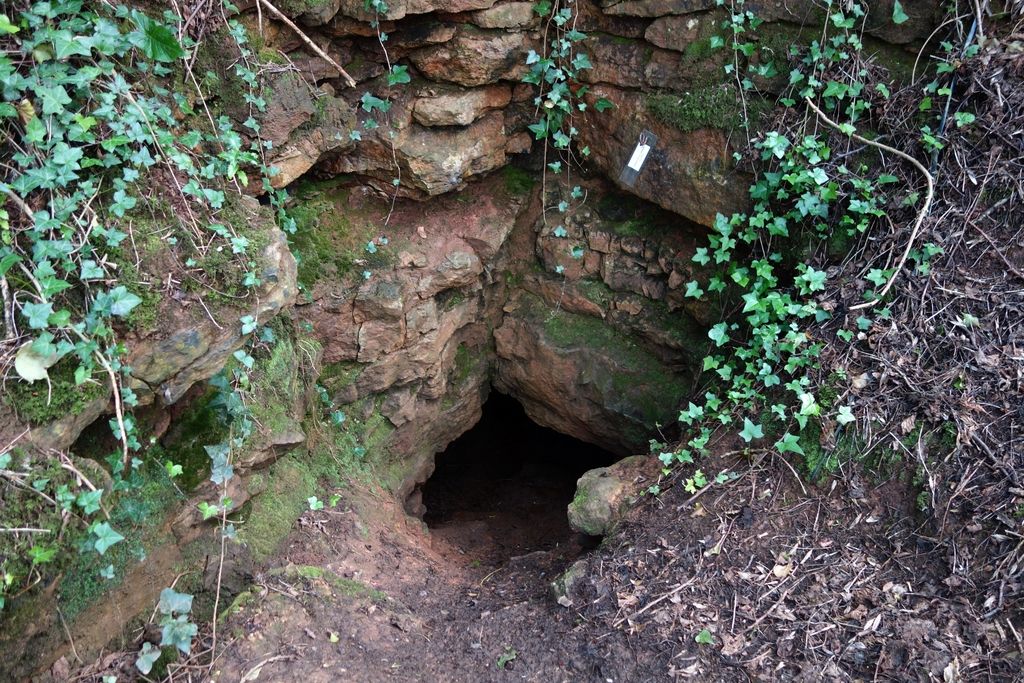 Caption & credit
Entrance to the mine. A tight squeeze.
OB Image 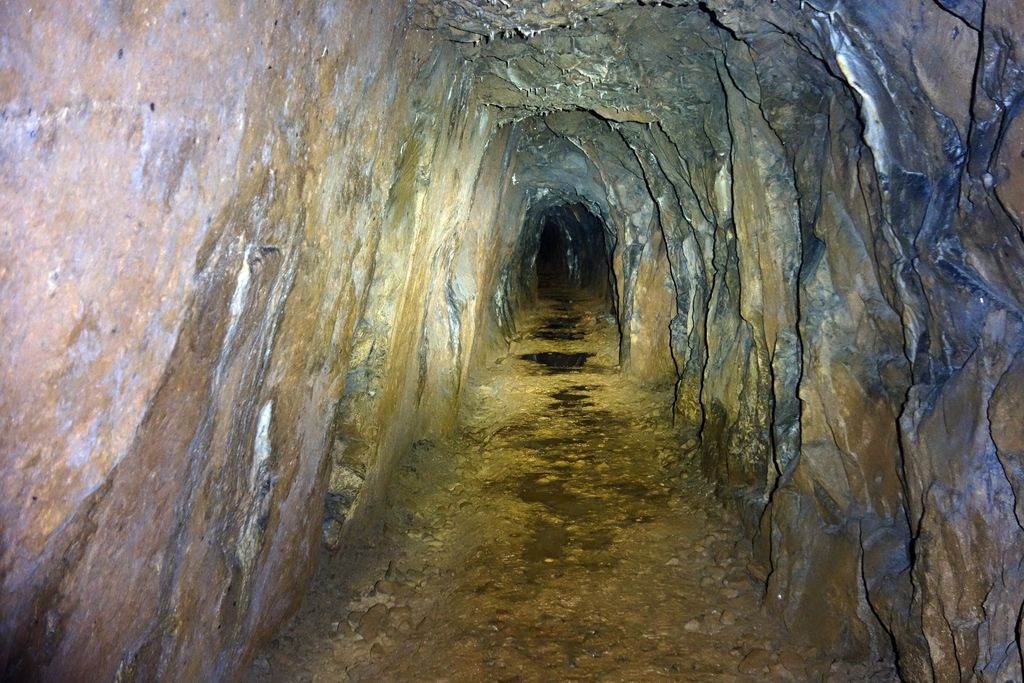 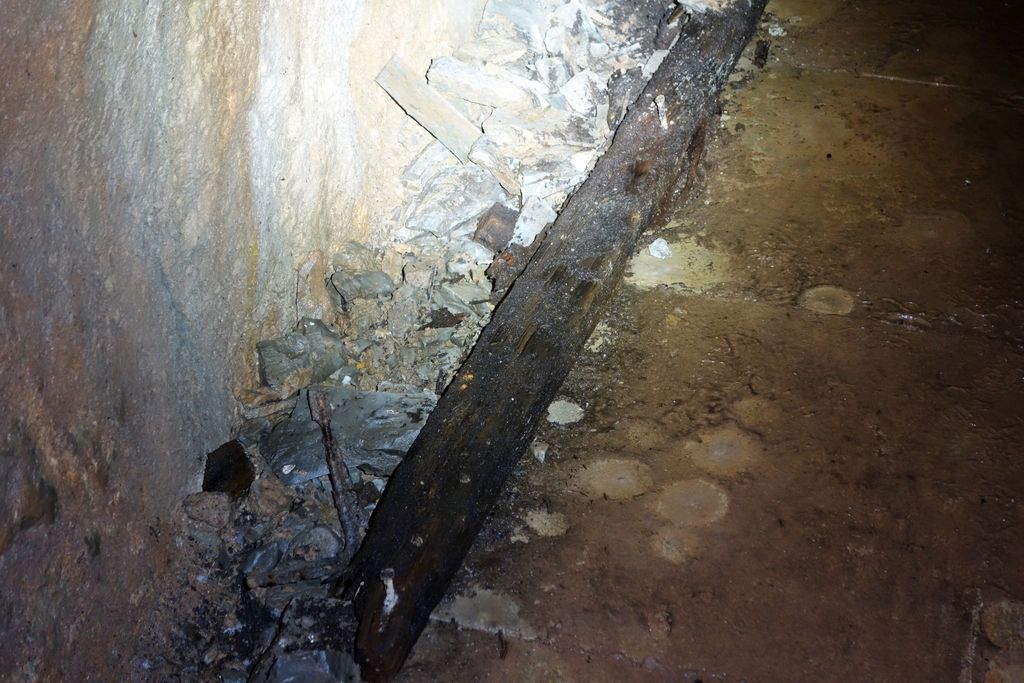 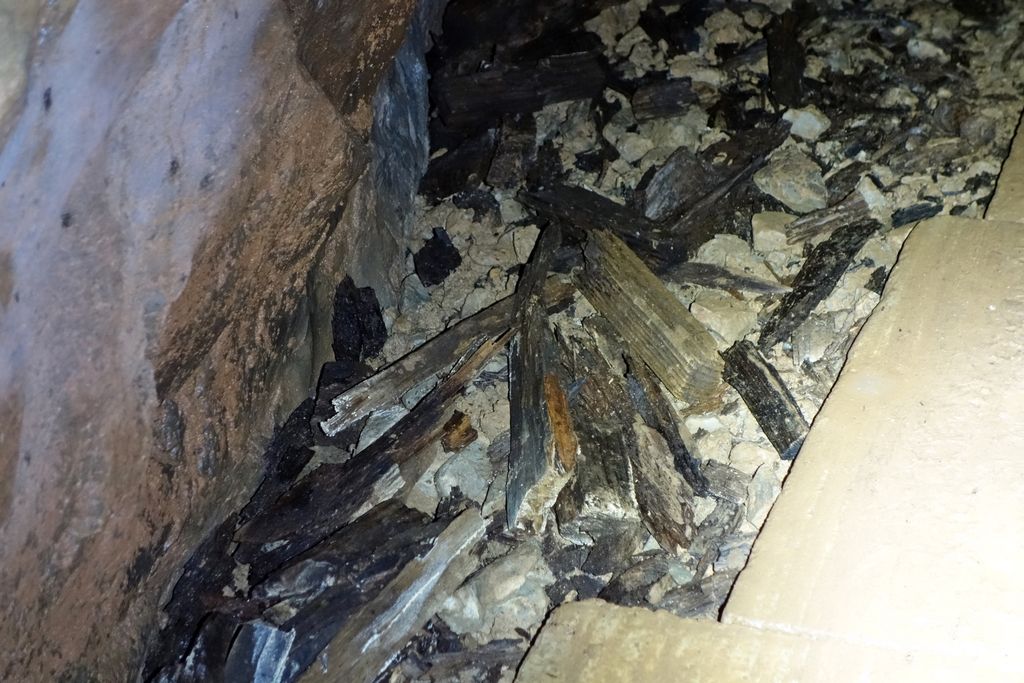 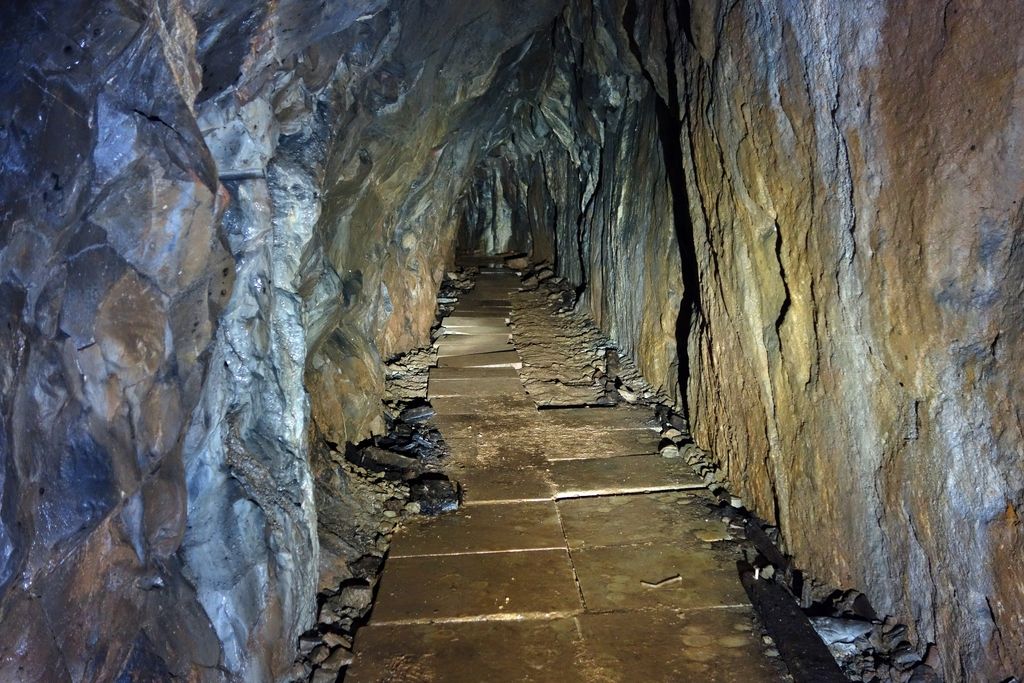 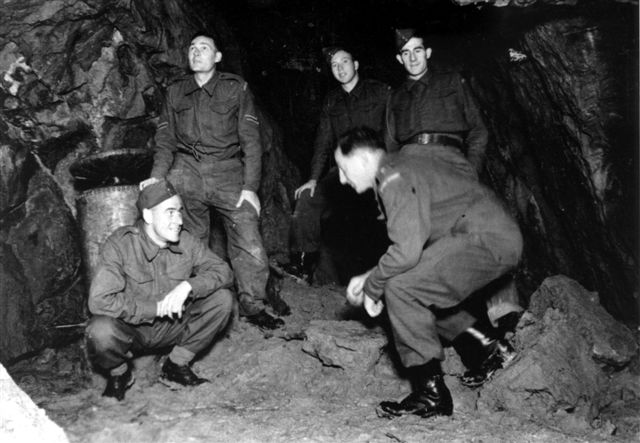 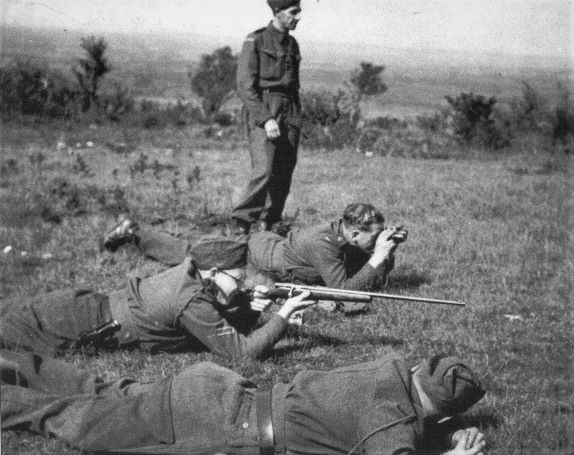 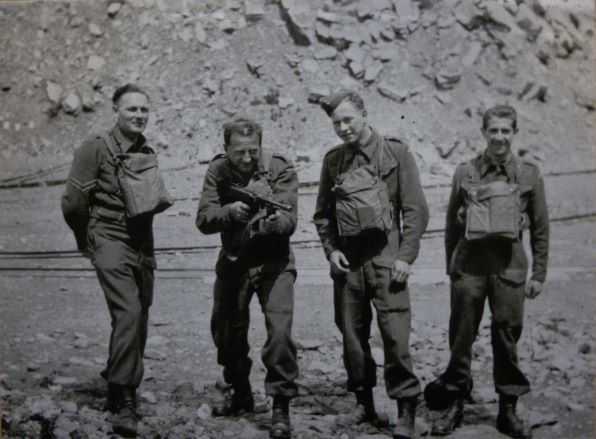 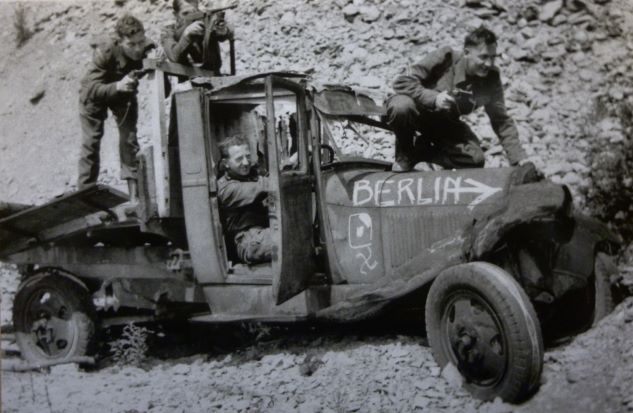 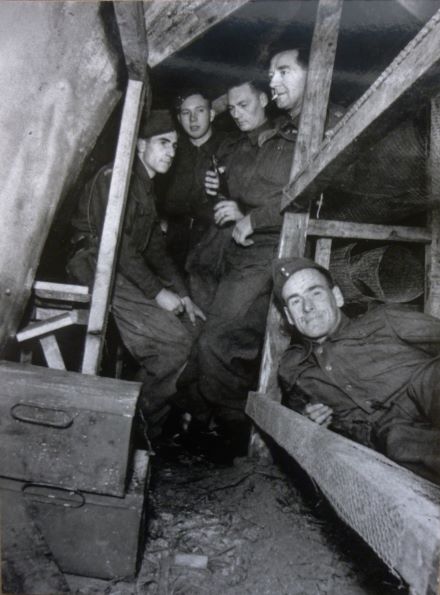 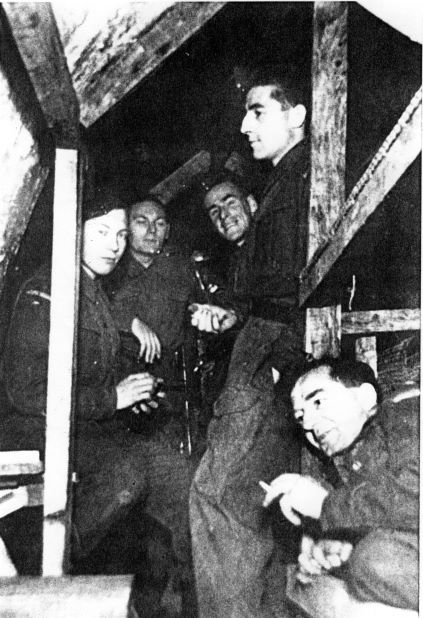 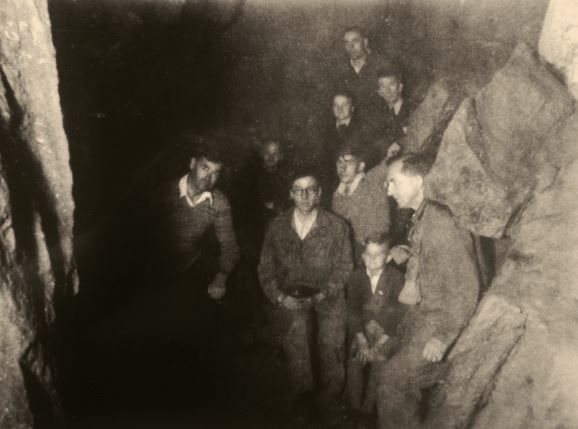 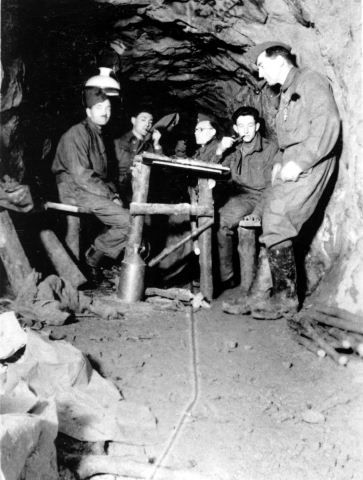 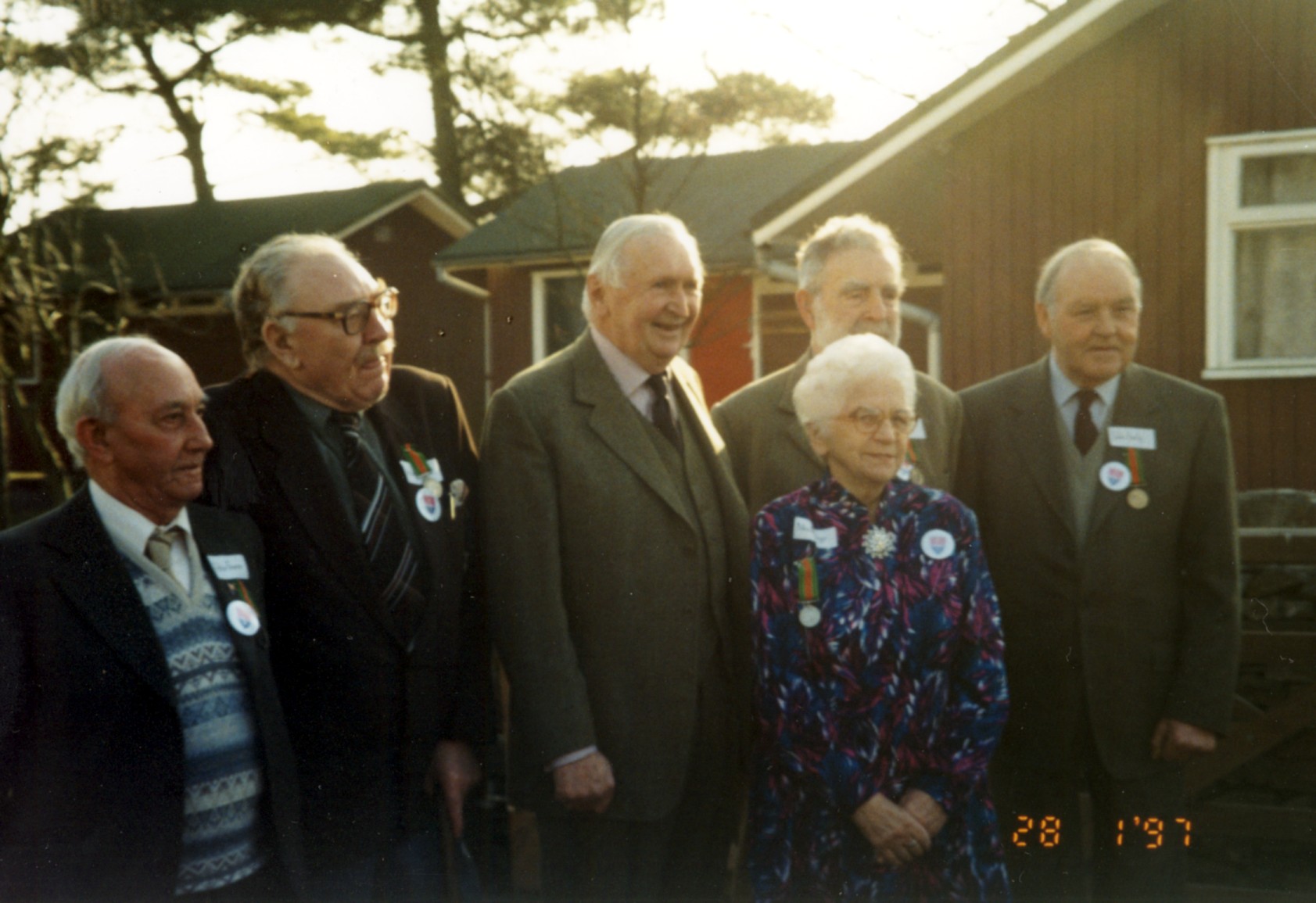 Auxilier Sam Gilling stated: “We had to get into Locking airport. Joint exercise as one of the lads from Wrington Wood was injured. Thumb and half the side of his hand blown off with a detonator.” This was Steve Fairhurst from Wrington Patrol who was discharged as medically unfit in July 1944.

Other possible targets would have been road and rail links leading to Bristol and Bath.

Auxilier Verdon Besley recalled: “Down at Cliff Banner's house he'd be practising blowing down his trees. I remember him giving me this explosive it was like plasticine. We had fuses, red, green, yellow, and blue timed from instantaneous up to so many seconds or minutes. It was all stored in Cliff's house. He took us to Sandford Quarry to throw Molotov Cocktails. We made our own with petrol in bottles”

Sam Gilling remembered having a “cheese-cutter”. “They were handy, a length of piano wire with wooden handles on each end. You strangled sentries with them.”

Sam Gilling along with Fred Trego and many Auxiliers from around the country were sent to the Isle of Wight in the summer 1944 to defend it prior to and during D-Day.

Sandford Patrol had two vehicles to use; Ken Watt's Austin 7 and Cliff Coombs' Morris. The Morris would tow a trailer with a canvas top and the men would sit either in the car or the trailer. Fred Trego moved stores around in the side car of his Raleigh motor-bike.

Author, Don Brown was able to help Nora Trego (and others) be awarded a posthumous Defence Medal for Fred from Lord Lieutenant of Somerset, Sir John Wills, at Charterhouse in January 1997.