Yelverton is a village located close to the south western boundary of Dartmoor National Park with the town of Tavistock to the north and the City of Plymouth to the south.

The Operational Base was in Olderwood Plantation which is maintained by The Forestry Commission. The fields immediately next to the base is Callisham Cross Scout Camp Site.

A large amount of explosives were stored in the base and remained there after the war when the local Auxiliers continued to visit and maintain the OB. Some time after stand down the Royal Engineers were brought in to investigate as they discovered the explosives had become unstable and were weeping and dangerous so the OB and the explosives were detonated in situ.

All that remains now is a large depression in the ground and a smaller depression to the east separated by a raised ridge along with some small pieces of general debris.

Howard Phillips described it as "an underground tunnel which they had to climb down into, under a trap door covered in leaves" he also complained that it had been quite damp.

The escape tunnel would have exited from the smaller chamber, through a low Devon bank affording some cover for the likely escape route, which would then have been down a short incline to the River Meavy in the valley below.

No Observation Post is known, but ¼ of a mile further up hill at the Callisham Crossroads, between the villages of Meavy and Clearbrook, would have been a ideal area. The view across to Dartmoor would have given a good outlook for parachutists. 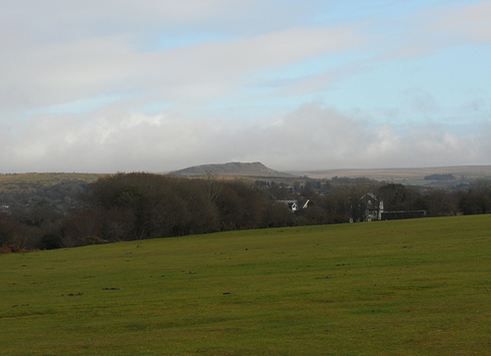 Caption & credit
View from Callisham Cross on to Dartmoor beyond.
OB Image 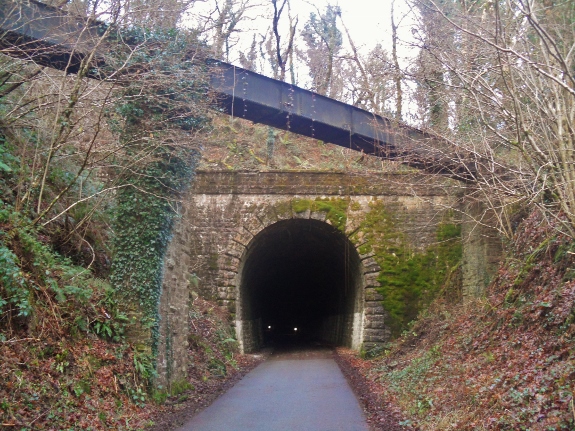 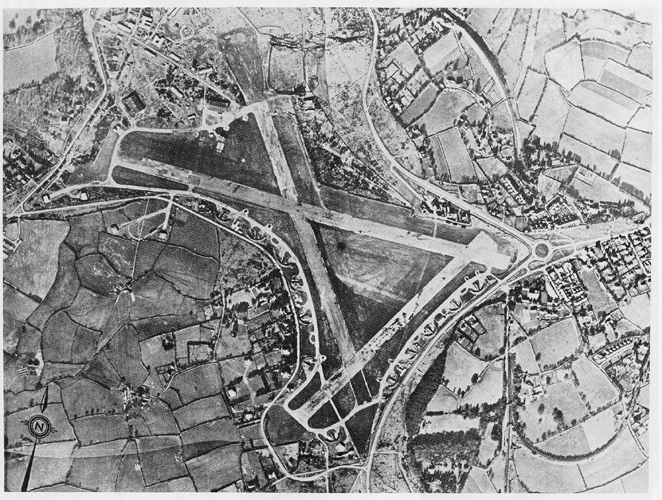 Caption & credit
RAF Harrowbeer. The OB was just out of shot to the right of the roundabout.
OB Image 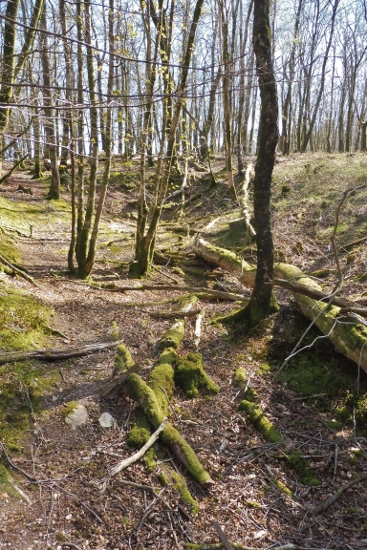 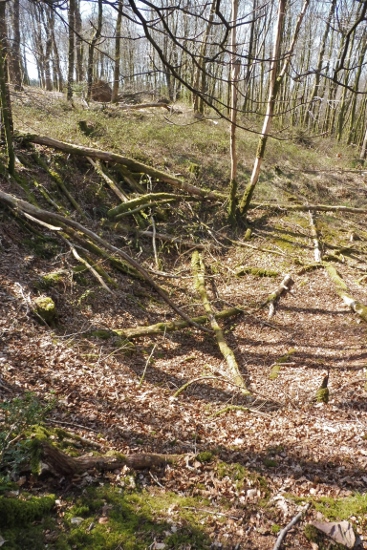 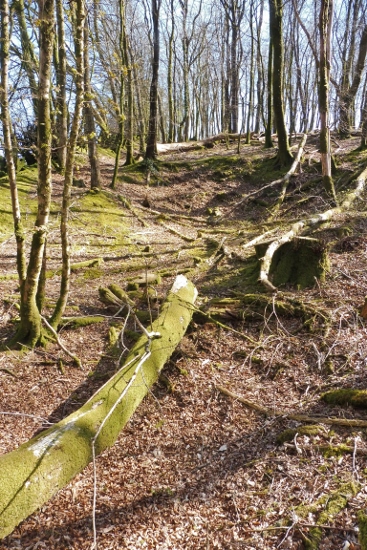 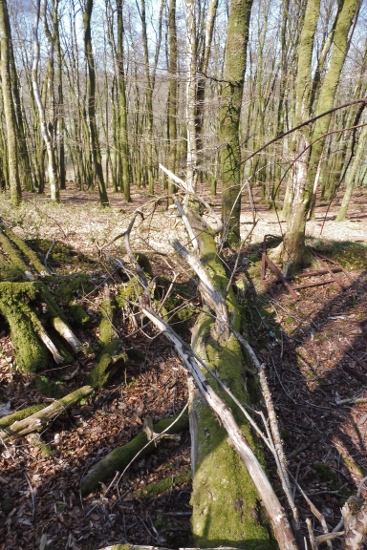 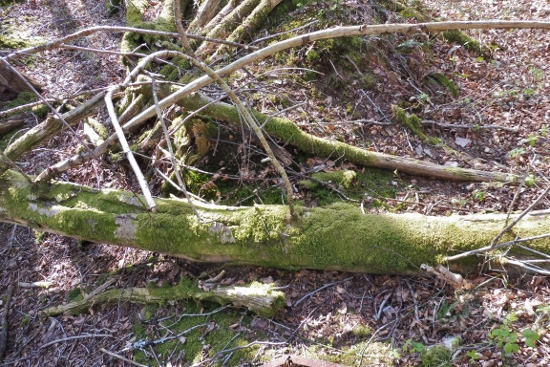 It is assumed the main target would have been RAF Harrowbeer along with RAF Robourgh.

RAF Harrowbeer along with the nearby RAF Robourgh were protected from air attack by a decoy airfield which followed the straight road along Roborough Down from the A386 to Clearbrook. There were false runway lights and even a turntable with headlights to imitate a plane turning at the end of the runway. There are still remains of this deception in the area.

There were railway tunnels in the area servicing Yelverton and Horrabridge railway stations on the main line from Plymouth to Tavistock, part of the Plym Valley Railway.

The main road linking the City of Plymouth to Tavistock, running through Yelverton, would have been a important supply route.

Yelverton trained with  Plympton, Yealmpton, Tamerton Foliot and Holbeton Patrols under the command of Captain William Falcon (Cornwood  Patrol) who was based at “Slade” in Cornwood, then when Cyril Wellington (Plympton) became Group Commander these local Patrols would have trained with him.

Group 2 Patrols also trained at the rifle range at Cleeve, just below Ivybridge.

On 21st February 1942 the Patrols took part in a large scale exercise named "Operation Drake" in Plymouth. This exercise involved a mock invasion of Plymouth and lasted for two days. All the services were involved and it virtually closed the city.

On 7th March 1942 Yelverton along with Plympton Patrol had a “large scale night attack” on a target in Yelverton. The airfield would have been the biggest target in the area. Captain Wellington recorded that the Patrols worked well together that night.

The records of RAF Harrowbeer notes a raid on the airfield by the “Home Guard” which was successful, leaving many red faced officers on the airfield.

On 28th March 1942 Wellington records that the Plympton Patrol (along with other unnamed Patrols though thought to be group 2) took part in a practice raid a bit further afield into Cornwall. The target was the home of Cornwall's Intelligence Officer Captain Dingley.  Its not known if he knew this was going to happen or if it was Devon's IO having a joke with Cornwall's IO !

Howard Phillips would recall being taken in a truck to different places and being told to leave a calling card without being seen.

It is assumed they had access to the standard kit and arms and explosives.

Most of the explosives were stored in the inspection pit of Captain Cyril Wellington's garage after he had turned it into an air raid shelter before distributing to the nearby Patrols. They also used his attic as a store.

Howard Phillips would joke about the first issue of the Sten Gun being difficult to control and liable to go off and empty the magazine if shaken, so only the Sargent was allowed to carry it.

Some questions were asked in the village about whether some of the men were doing their duty as they were not seen to be part of any defence infrastructure. With all their training and the secret nature of their role it would have been difficult for them to defend their honour. One member was known to have been handed a white feather, the wartime symbol of cowardice.

There was a prisoner of war camp at Bickham, just before Yelverton. Two men from the camp were known to help tend an ex Royal Navy gentleman's garden in nearby Dousland.