In the New Forest part of Hampshire, the Scout section was formed from the Wiltshire Regiment.

The men were not local, but ordinary soldiers recruited from the depot. An account from Walter Marchant from the Burley Patrol recorded Ron Cousens considered himself as the sole survivor of the Patrol at the end of the war. This suggests that others joined active service units and some died.

Lieutenant Marchant was sent to Coleshill to be trained in the use of explosives, grenades, the Sten gun and other weapons. This was likely one of the Scout Section Officer courses. His unit then trained the Home Guard Patrols in the area. Home Guard Patrol members were also sent to Coleshill for training. Although there was an old rifle range near Burley, he doesn’t mention using this at all.

It is likely that the other ranks would have been sent on a two week Scout Section course to Coleshill House.

A study of men who served with the Wiltshire Regiment and subsequently joined the SAS reveals two other men who potentially may have been part of the this Scout Section. It is known that the SAS recruited specifically from Scout Section members, but it cannot be confirmed if these men were among that group. Please contact us if you can clarify the situation further.

The unit had two operational bases (OBs). According to Lieutenant Marchant, one of these was never really finished. The other had 3 rooms – a main sleeping area and a store and kitchen. He describes a “lift door”, presumably meaning the vertical rising hatch that has been found on many OBs. The exact location is unknown, though likely was near to Burley in one of the large tracts of woodland. The only clue is that the area wasn’t waterlogged, which rules out quite large parts of the New Forest!

Lieutenant Marchant was not very impressed by the concept of the OB and didn’t fancy the idea of “going to ground” in one. He thought that fairly quickly one would end up being trapped by a German Patrol inside. However, he was impressed at the efforts of some of the Patrols.

The standard transport for a Scout Section was an Austin 2 seater car and a 15cwt lorry, both with RASC drivers. The men normally also had bicycles. 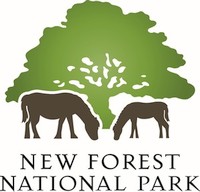