Many Auxiliers from North Devon have recounted the story of a practice raid on RAF Chivenor (now Royal Marines Base Chivenor) with all North Devon Patrols seeming to take part. Some Patrols arrived by boat up the River Taw, laid their charges and allowed their capture by a mock attack on the main gate. All the North Devon Patrols were involved in this raid and all had different targets on the base. Where the outcome is known all were successful. The RAF base had been provided with security from both the regular army troops and also members of local Home Guard Battalions.

In his memoirs Bert Verney (Tawstock) recalled he trained with four Patrols in the area; Torrington, Braunton, what he calls Snapper and Bideford, at Tawstock Woods. Although they trained together they were not allowed to visit each others bases so if captured, secrecy was not compromised.

Marksmanship was taught on an ingenious course constructed by the Tawstock Patrol. A dry gully in the woods had been adapted so that as the trainee advanced along it, targets would pop out from behind trees and bushes, actuated by string and controlled by the Sergeant behind him. This gave a limited time to react and fire.
The gully runs for around 325 yards on a gradual incline between Big Straypark Plantation and Straypark Wood.

Bert recalled another group raid on Stevenstone House, St Giles in the Wood, near Torrington. Barely habitable after parts were sold for building materials in the 1930s, it was used to billet men from Warwickshire Regiment and later American Forces. Geoff Bradford recalled a grenade was thrown into an ornamental lake, the explosion bringing a large trout to the surface. A Sergeant stripped naked to swim in and retrieve it.

In a handwritten diary for 1944, Reginald Chave Parsons (Bideford) has briefly listed his operational duties for that year. One of the entries in October reads "to Stevenstone House, Torrington to make film of the work of the unit". Then in November a further entry reads, "to Braunton for party re disbanding of unit and to see the film". It is unknown if the film still exists.

A report of a shooting competition between the local (Railway) Home Guard and the 203rd Battalion appeared in the North Devon Journal 22nd December 1942.

At stand down the centrally placed family home of Geoff Bradford was chosen to receive all the considerable quantity of arms, explosives and ammunition from Group 1, much to the concern of his family. Some leaking Phosphorous bombs had been disposed of by Sergeant Harris (Snapper Patrol). Harris collected them in a sack and clambered down a disused well, planning to drop them. One of them broke as the sack hit the brick side and the whole lot went up. Harris rapidly shooting to the surface, miraculously without injury.

Geoff Bradford disposed of most of the other explosives at stand down in a field far away from any local houses. He recalled startling a nearby herd of cows.

There is a Triangulation Pillar (Trigpoint) on Eastcott Hill, over looking Woolacombe Sands to the north of Bideford. It carries a plaque dedicated to the Auxiliary Units of North Devon. 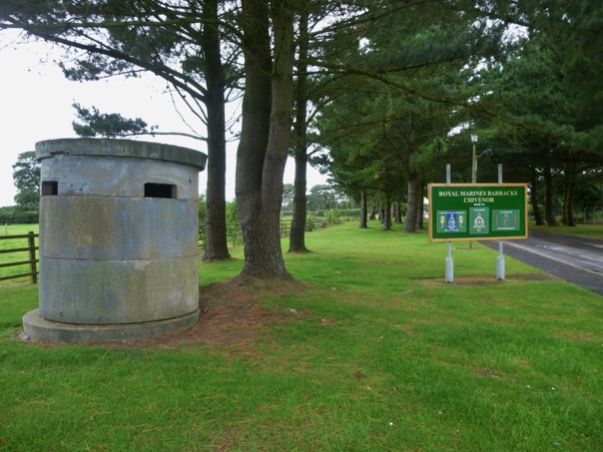 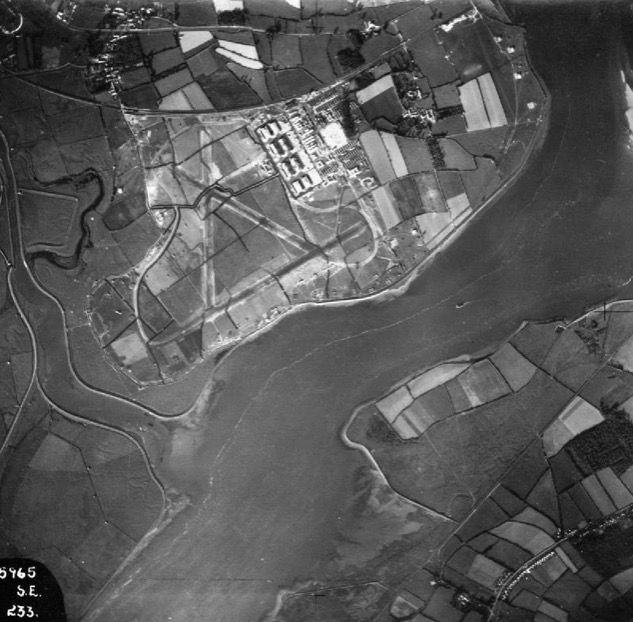 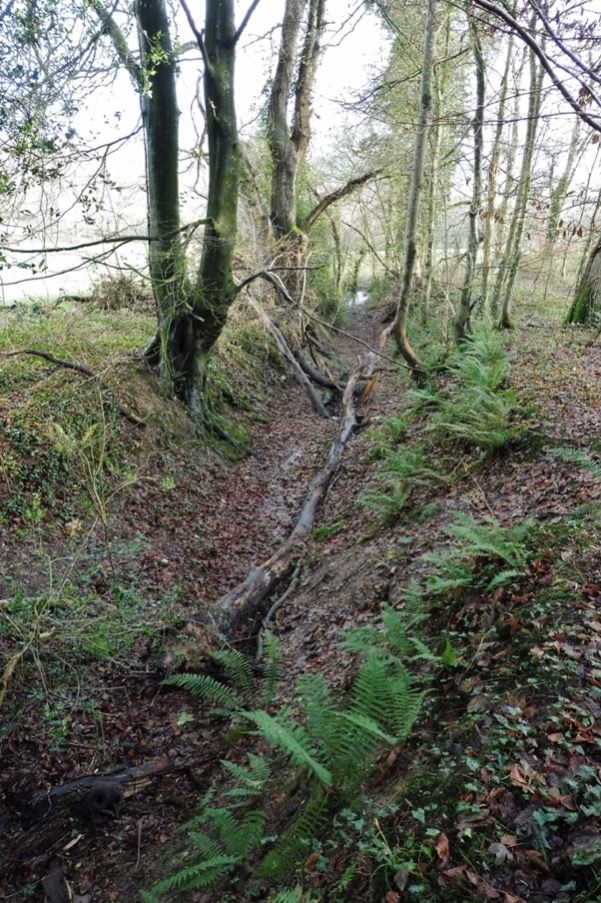 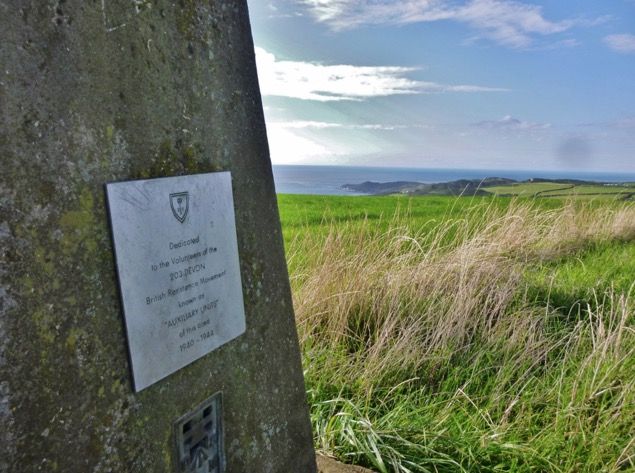