Plympton is an ancient stannary town which is now a suburb of Plymouth.

First Operational Base at Bottle Hill

Location of the first Operational Base was north east of Plympton. It was an area with a thin covering of native trees within an area of fairly open farmland on the edge of moorland. The exact location was given to Peter Stabb by Geoffrey Johnson in 1988.

The base was built by the Patrol but quickly abandoned as unsuitable. It was placed around the raised earthworks which are remains of copper, tin and arsenic extraction in the area.

Making clandestine visits to the base would have proved almost impossible due to the lack of cover.
Cyril Wellington's diary mentions a “OB recon with Major B, Herb and Hickman” at the end of December 1940 so it is suspected this was when the OB went out of use and the search was on for a new site.

Permanent Operational Base at Fernhill Plantation

Originally possibly part of the Newnham Park Estate the plantation is now managed by the Forestry Commission. It is now a worked plantation so there is no public access. The plantation almost backs onto The Elfordsleigh Hotel which was taken over by Dr Barnardo and used as children's home for London evacuees.

In Cyril Wellington's diary he refers to the area as Elfordsleigh.

The ground around the OB undulates as the area was used for tin mining in the past. Some mine shafts are present.

The main body of the base from the entrance shaft would have run north east to south west. The escape tunnel exits from the far end at a dog-leg running north west to south east. It was a crouch down square tunnel rather than a pipe as seen in other places.

Emerging from the escape tunnel they would have a large deep mine shaft to the right but a long running groove to the left would have given the cover to maybe escape down hill into the waters of Tory Brook in the valley below.

Some structures that are the remains of the tin workings could have been made use of, especially the chimneys. From the area they would have had a good view over the City of Plymouth and out over the Breakwater beyond.

Cyril Wellington's diary mentions a “meeting with Major B” in connection with the location of the second OB. This could be the Officer charged with citing and building it, so he could be from the Royal Engineers.

In March 1941 a Lieutenant Palliser called to see the OB “re the bunks etc” again he could have been Royal Engineers to fit out the OB.

Cyril met with the Intelligence Officer Captain Edmundson in February 1941 to show him the finished OB and they met again at the OB in April 1942 when they "all walked home together". 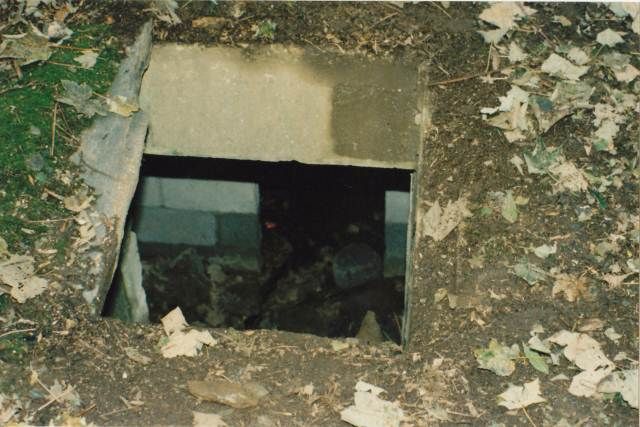 Caption & credit
Entrance to the OB in 1992
OB Image 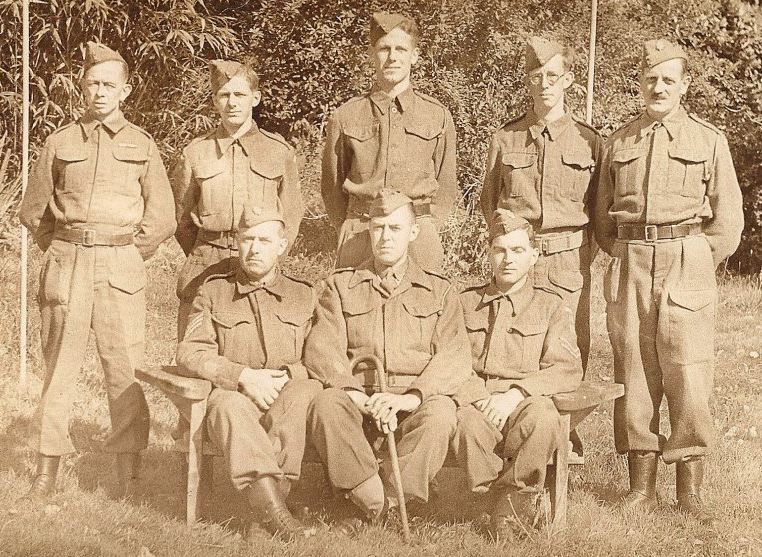 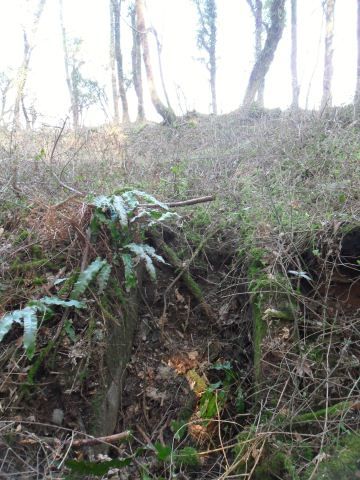 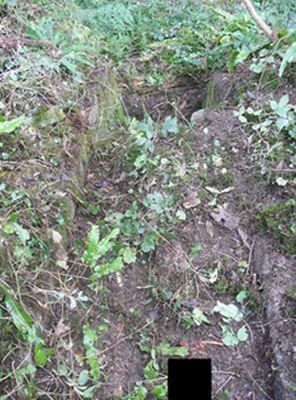 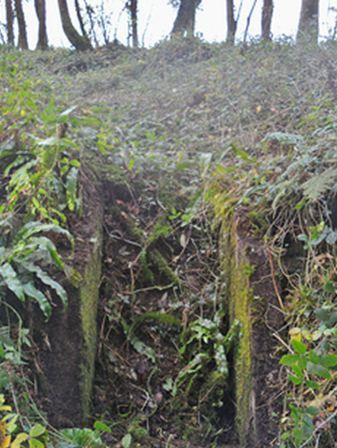 Caption & credit
The entrance to the OB in 2012.
OB Image 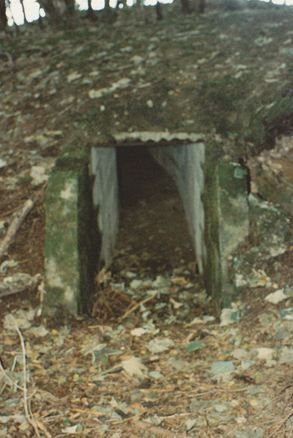 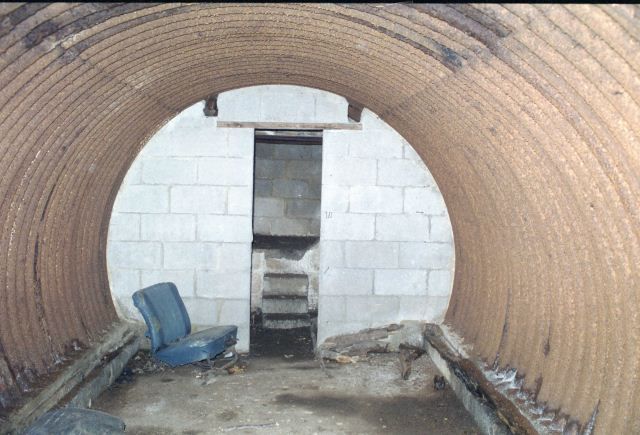 Caption & credit
Picture taken inside the OB. The OB has now been destroyed. Image provided by www.cyber-heritage.co.uk
OB Image 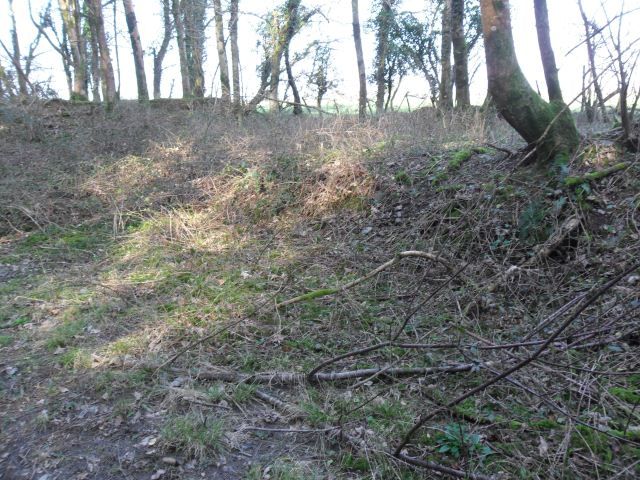 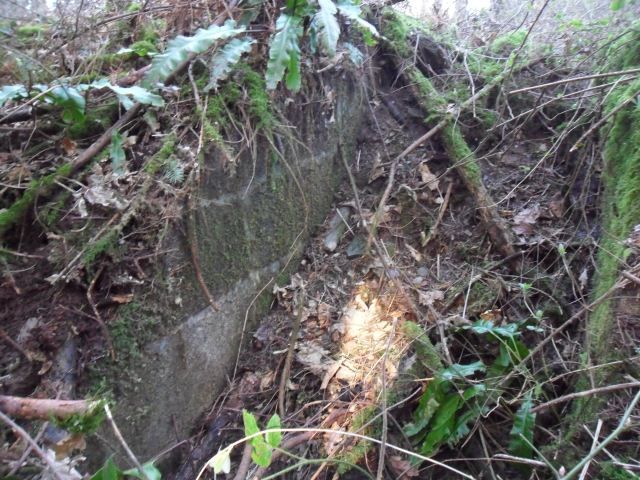 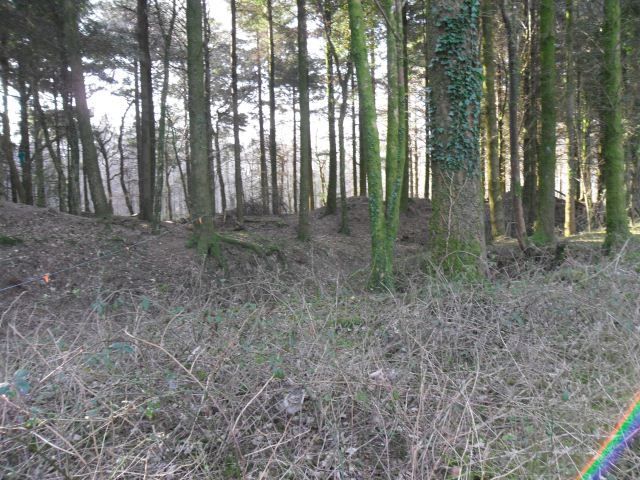 Railway lines at Plymbridge and Plympton. With the Patrols proximity to the City of Plymouth it is assumed that Devonport Docks could also have been a target along with the many military establishments around the City. Plymouth would have been a prominent target and an important supply route for the invading forces

Plympton Patrol trained with Yelverton, Plymstock, Tamerton Foliot  (now all suburbs of Plymouth)  and Holbeton Patrols all under Captain William Falcon (of Cornwood  Patrol)  who was based at “Slade” in Cornwood. When Cyril Wellington became Group Commander these local Patrols would have trained with him also

All these Patrols also trained at the rifle range at Cleeve, just below Ivybridge. On their own the Plympton Patrol trained at Elfordsleigh near the OB.

Cyril Wellington's diary records a very successful nights training with the Scout Section on Dartmoor in January 1941.The Scout Section for Devon was based at Thoverton near Exeter and the Patrol spent a day there in May 1942

On 4th January 1942 the Patrol went to Oakhampton (North Devon) for the County Finals of the Patrol Championship Competition. They lost.

On 7th February 1942 the Patrol along with Yelverton Patrol launched a large scale night attack in Yelverton which could have been on the airfield. The Patrol “blacked up” at Cyril's house which his wife found very funny. They returned at 2am.

On 21st February 1942 the Patrol took part in a large scale exercise named Operation Drake. This was a mock invasion of Plymouth, an exercise that lasted two days.

On 28th March 1942 Cyril records that the Patrol (along with other un-named Patrols) took part in a practice raid a bit further afield into Cornwall. The target was the home of Cornwall's Intelligence Officer Captain Dingley. It is not known if he knew this was going to happen or if it was Devon's IO having a joke with Cornwall's IO !

Wellington's personal diary of 24th January 1941 states “Cyril and Herbert off to Swindon for HG course. Left about 11am. Arrived Coleshill 5.20pm.

Another visit to Coleshill 8th-10th April 1942 showed that the Patrol arrived by truck and shaped up “quite well but too light for night exercises.”

Many Auxiliary Unit meetings were held in Cyril's house 'Northfield' or Hickman's house 'Windrush' along with training and weapons inspections.

Most of the explosives were stored in the inspection pit of Captain Cyril Wellington's garage after he had turned it into an air raid shelter before being distributed to the Patrols of Group 2. Plympton Patrol also used his attic as a store.

Captain Cyril Wellington and his wife kept a joint diary between June 1940 and December 1942. In it he records all the times of the air raids and how long they lasted. This highlights not only the fear of the raids but the lack of sleep.

Wellington's first diary entry of anything possibly Auxiliary Unit related is on 28th July 1940 where it states “on LDV - special duty ” and “new patrol duties” on 26th September.

An entry on 16th October 1941 states “last parade“ and “no more guard” so for a couple of months it appears he continued his Home Guard duties along side his Auxiliary Unit work.

It is known that the Patrol had to “stand to” during the first general alarm that was raised over the weekend of 7th September 1940 when Operation Sealion was thought to be imminent. This was after many days and nights of heavy bombing raids of Plymouth so they all must have been exhausted.