Ugborough is a village in the South Hams, Devon. All the Auxiliers come from the surrounding area.

The Patrol rarely visited the OB as it was considered damp. Stores and explosives were mainly kept at Alec Rogers' farm at Filham.

The OB was built by the Royal Engineers. It was entered via a moss covered man hole cover and a short ladder down into the first chamber which was a store and kitchen. A corrugated iron passage, lead to another chamber containing bunks. An escape tunnel ran off this chamber. The land slopes quite gently on the OB site south east to north west then drops away quite steeply down to a small stream from escape tunnel exit. The ground is mostly shale.

The OB was blown up by the Patrol post stand down. The passage way between two chambers seems to have collapsed rather than been demolished.

Exiting this smaller chamber is the escape tunnel which again seems to have been lined with corrugated iron and is 20 metres long. This exits just as the ground begins to fall away steeply to a stream below.

Just above the OB at the top of a hill there is a fine view of both the railway line and the main A38 and down as far as Plymouth. 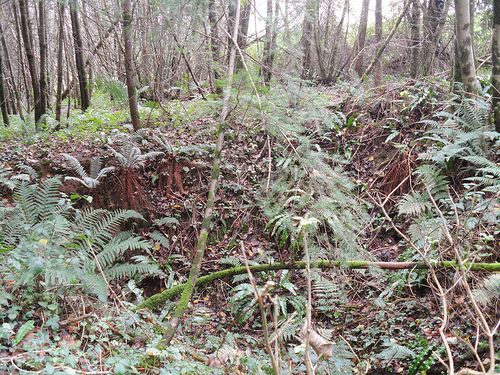 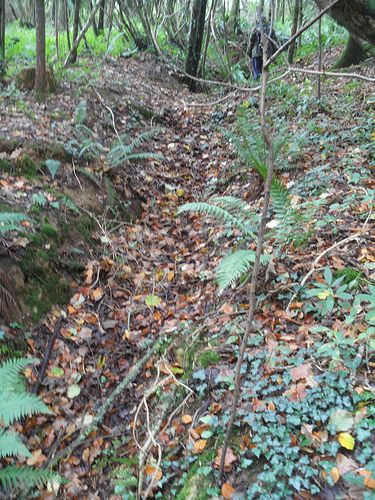 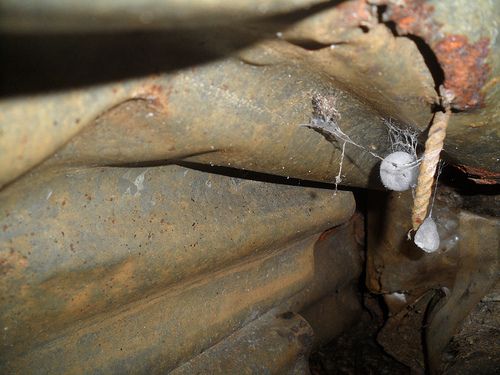 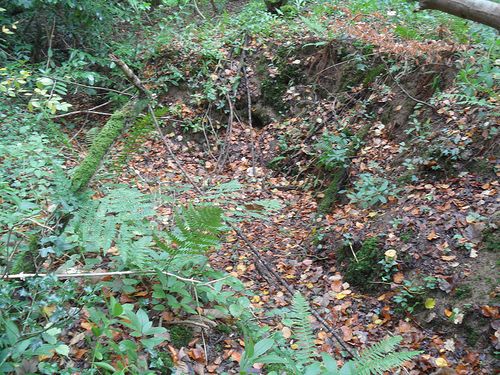 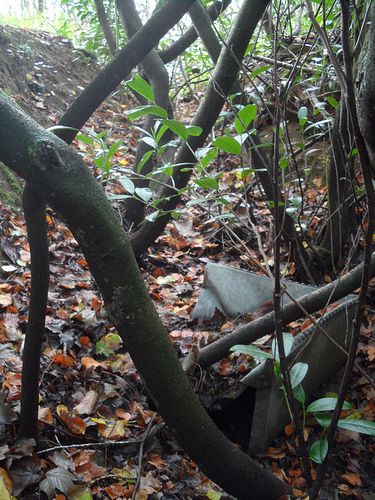 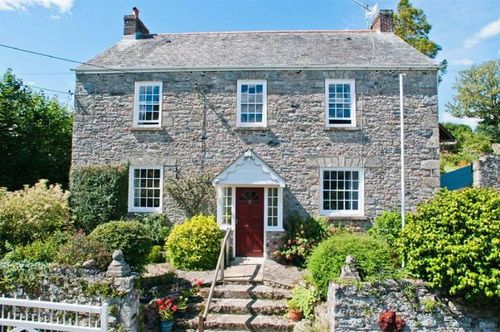 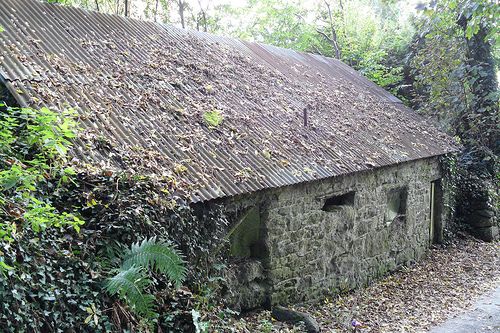 Caption & credit
Ugborough Patrol often trained at Alec Rogers barn and lower orchard and stores and explosives were stored in the barn
OB Status
Collapsed with few visible remains
OB accessibility
This OB is on private land. Please do not be tempted to trespass to see it
Location

Targets would have included the main A38 road from Plymouth to the east, various viaducts carrying the main rail line from Plymouth especially London Bridge and any of the few bridges that cross the River Erme.

The Patrol trained with the other Patrols of Group 3

On a night exercise at Flete Woods, trip wires were laid by the Ugborough Patrol for the Flete Patrol to try to find. The evening was finished off with bread, cheese and cider at the Sergeant Baker's home, the Flete Estate head keeper's lodge.

Ugborough kept up their training schedules until the Patrols were disbanded and the bases blown up.

Sergeant Alec Rogers kept a wartime diary which can be seen here it details the activities of the Patrol.

During Local Defence Volunteer (later Home Guard) rifle practice at Bittaford, Lieutenant Pearson asked for seven volunteers. They met at Alec Rogers' farm barn at Filham a few days later along with Lieutenant Alwyn Robertson (Harford Patrol) who spelt out their intended role. On receipt of this news some volunteers left.

Even with strict petrol rationing, Alec Rogers remembers he was able to drive where he liked. Every Patrol leader carried a special pass. On Alec Rogers was written  "Sergeant Rogers is on Special Duty. No question should be asked of him but should be referred to ….” there followed an address in the London area.

At stand down Captain Falcon supervised the destruction of the bases. They went underground and fixed explosives to points in the base. Six men were dispersed to keep all clear. Fuses were lit followed by a great explosion throwing timber and galvanised iron in the air, killing one fir tree and toppling another. These are still in situ.

On V.E day the Patrol members took some explosives from the Auxiliary Unit stores at Filham and went to a hill above the nearby hamlet of Penquit. The more agile young farmers climbed the ash poles and lit the flares. A burst of light was briefly followed by the total darkness everyone had been accustomed to for the past 5 years. Then everyone’s eyes became aware of the lights of Ermington and Ivybridge and all around, a truly moving sight. Little lights were twinkling where cottages and farmhouses were celebrating this great victory. A night never to be forgotten for Alec and his young farmer colleagues.
V.J night was celebrated on Western Beacon (edge of Dartmoor) exploding ¼ lb sticks of Nobel's 808 Dynamite.

Memories of Alec Rogers kindly shared by the Rogers family,

Ivybridge during the Second World War by Arthur Clamp,

Book of Cornwood and Lutton by Meriel Dodinson.

The kind help of Noel Thornton and Mike Barber for taking me to this and another OB.