Hume Castle is the heavily modified remains of a late 12th or early 13th century castle. The village of Hume is located between Greenlaw and Kelso. It is a Scheduled Ancient Monument, recorded as such by Historic Environment Scotland.

Frank Hewitt was a Royal Signals soldier who was stationed at the Hume Castle Zero station. he was at the site for around 19 months until Nov 1943. He controlled access to the castle holding a 6 inch key that locked the door. In its exposed position, the castle door took two men to hold it shut in high winds, in order to lock it.

The three Royal Signals men were billeted in the village. If asked what they were up to, they simply replied "secret work" and in the wartime era, that was enough to avoid further questioning. They went to RAF Charterhall for baths and to get tobacco. The RAF were curious about what they were up to and apparently a number of planes flew low over the castle to try and find out. Batteries were charged with a Polish unit as there were no other troops within 25 square miles

To the left of the entrance door, in the northwest corner, was the working hut. This sat on a flat platform that still remains, although the hut base was removed in 1998 as part of the restoration of the castle. This was where the day to day work of the In Station happened. The platform can be seen on the photos and maps in the Canmore report in the references below.

The OB was in front of the entrance. When Frank arrived at the site, there was a square with rocks on, with a brick base. This was counter weighted and lifted up. However it was felt to be very obvious and so a new disguised entrance was built. This consisted of a small toilet hut built alongside the low wall. The Elsan toilet was screwed to the wooden floor, but if a catch was sprung, the whole floor lifted up and the men could slide underneath into the entrance shaft. To close it, it simply needed to be firmly pushed back into place.

The OB was a standard Zero station. The first chamber appeared to be a poacher's den, panelled with wood and with shelves, rabbit nets and an old gun in the corner.  By pulling the right nails out of the far wall, the door would swing open. Once the door was shut, wires were pulled, these being soldered to the nails, so pulling them back into place.

The main chamber contained the wireless set and beds. Beyond was the third chamber with the generator and an Elsan toilet, as well as the escape exit. This led down a tunnel of concrete pipes to exit outside the castle walls emerging below a dip in the far wall, possibly using the old doorway that was bricked up.

The aerials ran from the OB up the walls built into the stonework. The aerial in the southeast corner broke down and Frank had to climb up to fix it, with a sheer drop on the far side of the wall. Les Parnell, also with Royal Signals, was present when another aerial was installed in the northeast wall near the road. Scaffolding was built up by the Royal Engineers and the top layer of stones removed from the top of the wall over a distance of nine feet. They installed a wooden frame holding the aerial and then replaced the stonework. The coaxial feeder was fitted in a channel between the stones cut down the wall to ground level and re-pointed. To hide this a large section of the wall was re-pointed as well.

The work on the construction of the Operational Base did not go unnoticed. Locals complained about work being done on renovating the Hume Castle during the war when there must surely be much greater priorities! Little did they realise the work was considered of the highest priority.

Frank Hewitt also recorded trying to drive an Army Chevrolet truck up to the front door - unsuccessfully - for the slope is very steep.

It is thought that the this site was solely manned by Royal Signals personnel and not at any stage by ATS operators. 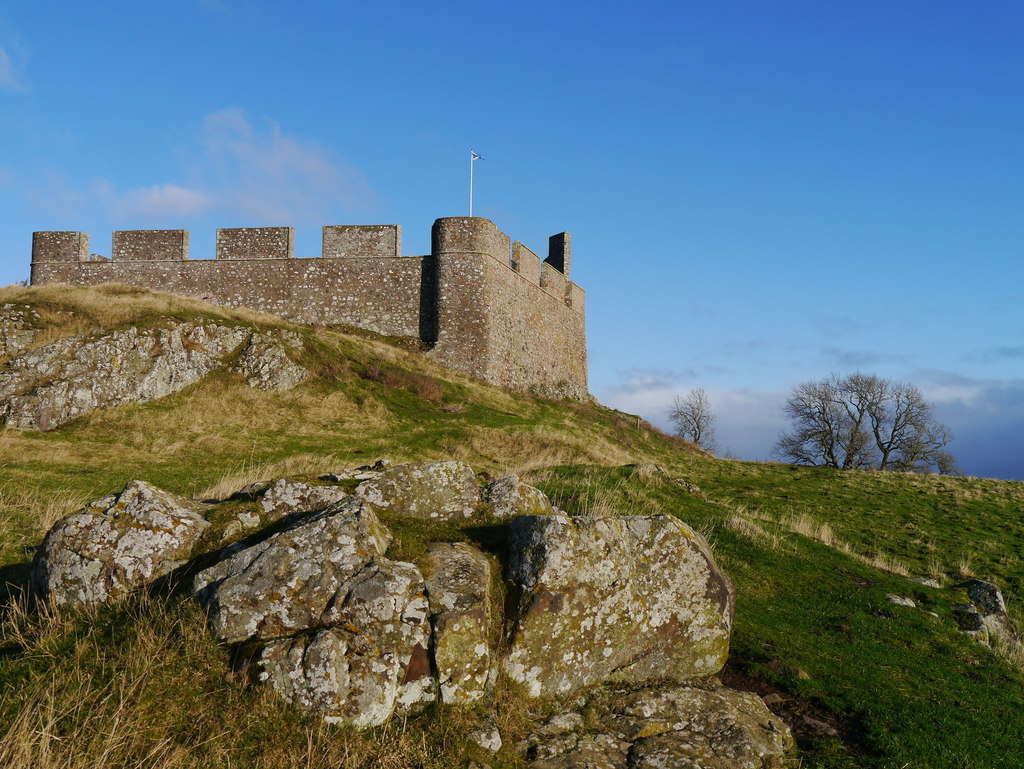