The site is on PRIVATE LAND and was accessed by kind permission of the owners.

The wireless was sited at Captain Wight Boycott's home Oakhampton House (sometimes recorded as Oakhampton Manor) Wiveliscombe (Telephone 221). The site has been recorded as being in the attic but it is known a dugout was present so it COULD have originally been placed in the attic whilst the dugout was being built. A serious and suspicious fire in 1956 gutted the house and it was eventually demolished.

The dugout for the wireless was constructed in “The Shrubbery” next to the house. At present the dugout is remembered as being in three slightly different locations. It is remembered as an underground structure with two chambers.

The map shows the house with “The Shrubbery” to the west and the possible locations marked.

Today “The Shrubbery” has been cleared and the field is used as pasture land. The dugout was removed many years ago and nothing remains on the site.

The site closest to the camera is the site nearest to the gate leading to the public pathway which passes along the top of “The Shrubbery”. We suspect this site would be the most accessible of the three for recruited “runners” to leave their reports of enemy movements.

Elsewhere in Devon messages were left in secret compartments hidden in gate posts and this would have been ideal at the location though we cannot prove this happened here. 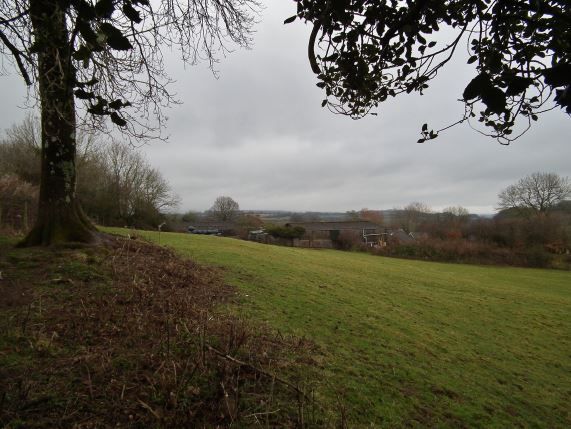 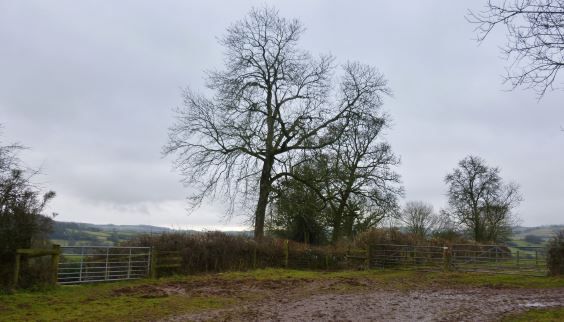 Arthur Gabbitas
The kindness of the landowners of Oakhampton Park.
“Wiveliscombe – A history of a Somerset Market Town” by Sue Farrington