There were some changes in Patrols and personnel over time and the Group structure did not exist earlier in the war, but it provides a useful way to look at the Patrols.

Late in 1941 there were 25 Patrols and four Group Leaders, with 121 men in total. There were 25 Operational Bases already built. The nominal roll [at The National Archives] covering the area is undated and only contains 64 names. The nominal roll is recorded in alphabetical order with only name and address. In places where Patrols are close together we have had to use a best estimate of each Patrol personnel.

Fife, Angus and Kincardineshire made up Area 3 at stand down.

Melville House in Fife was the Headquarters.

From 27 September 1944 the Patrols were adminstered as part of Area 1 from the Headquarters at 6 Queen Street, Perth

The Royal Scots Scout Section operated in Fife and Angus. 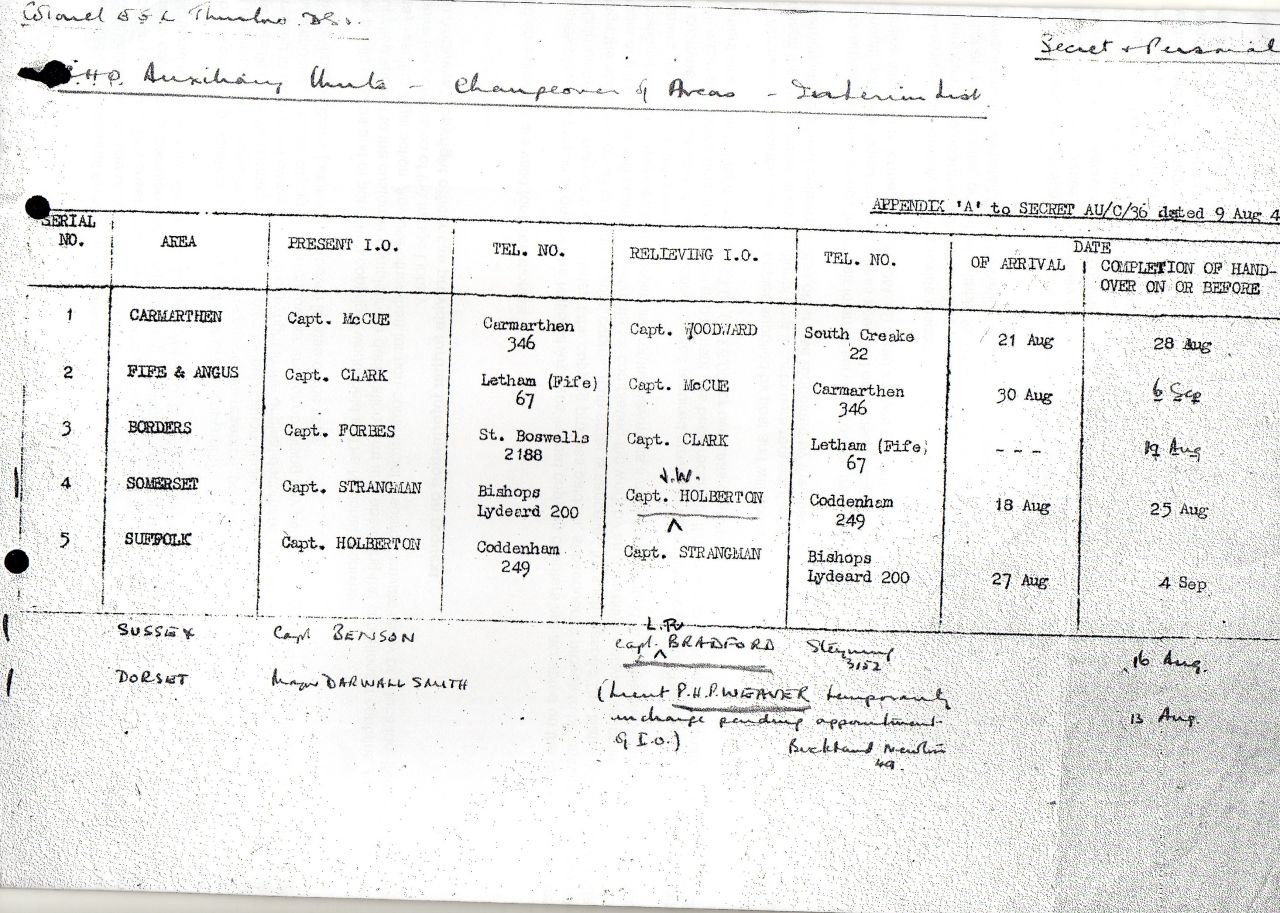