Harford is a small scattered village in the valley of the river Erme 2 ½ miles north of Ivybridge and consists of mainly outlying farms.

The OB was in a field called Sentries, opposite, and the other side of The Butterbrook from Torr Rocks. In a rough and scrubby field next to open moorland (Dartmoor).

The Butterbrook is a delta of small streams leading from what is now a reservoir, supplying some outlying farms with their water supply.

The ground has a thick coverage of vegetation in one small area where there is a deeper pit. The field has general grass covering but does consist of many gorse bushes which may well have covered the area in the past.

The larger depression in the ground is approximately 20 foot by 10 foot ending in the south with a 9 inch thick raised strip which follows the natural contour of the land. The other side of this strip is a smaller, deeper pit. Leading from this is a vague thin depression in the ground, exiting as a disturbed area high in the ravine of The Butterbrook.

The lands slopes north east to south west in a gradual decline, getting steeper after the OB location. There is a vertical, but easily climbable drop from the exit of the escape tunnel down into the Butterbrook of approximately 15 foot. The OB was orientated north to south.

Roy Howell remembered the OB as being very well made and completely camouflaged on the surface. It was entered through a trap door and a ladder took you down into it. He recalled bunk beds, food, ammunitions and explosives. He thinks it would have been quite possible to live there for some time.
There are no remains from it being blown up therefore we consider it may have been removed unless any further information comes to light. The structure could have been made use of around the farm.

Jimmy Darling, the gardener at Lukesland, once claimed to have been in the area of the OB and heard someone say “It's alright men, the coast is clear”. Looking over some rocks he saw the men emerge from a hole in the ground.

Roy recalled going to Harford Moor, near Western Beacon on Dartmoor as a look out. He couldn't remember a structure on the site but there are various cairns, small quarries and typical Dartmoor rocky out crops that they could have utilised. Nearby Torr Rocks is made up of a mass of granite outcrops that, knowing the area, would have made a fabulous lookout and hiding point.

The area of the Cornwood Patrol's OB would have been easily visible and possibly communicable. 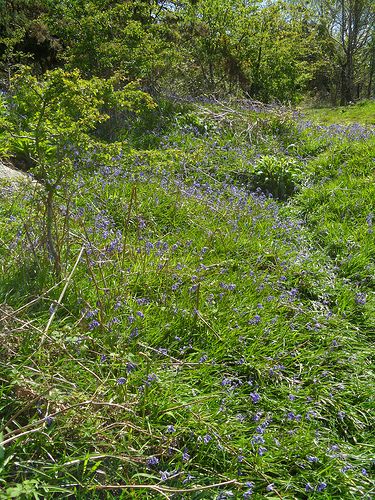 Caption & credit
Possible main body of the OB showning only as a vague depression in the ground. This is looking towards where the escape tunnel would be.
OB Image 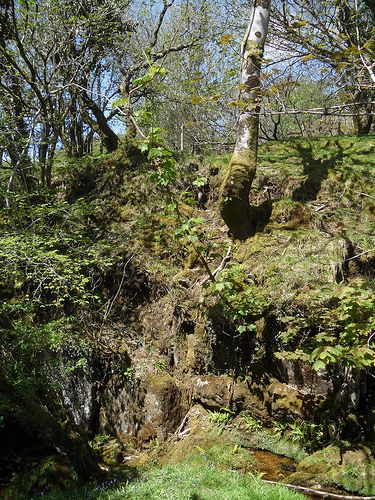 Caption & credit
Possible exit of escape tunnel in ravine of The Butterbrook. Immediately to the left of the centre tree is a distrubed area the size of an escape tunnel. Above it is a long thin depression in the ground.
OB Image 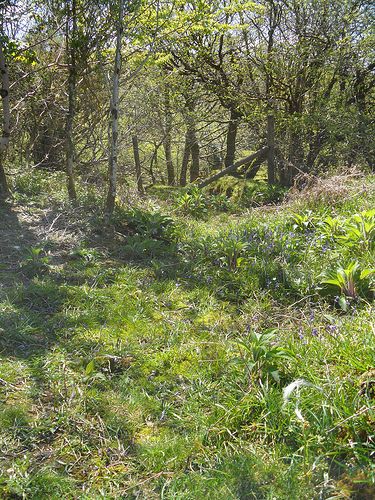 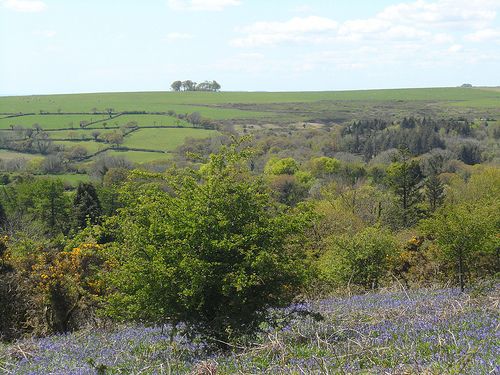 Caption & credit
View from the OB looking South West. The clump of trees on the skyline is Hanger Down. This is where Cornwood Patrol were based so the two Patrols would have had a visual link.
OB Image 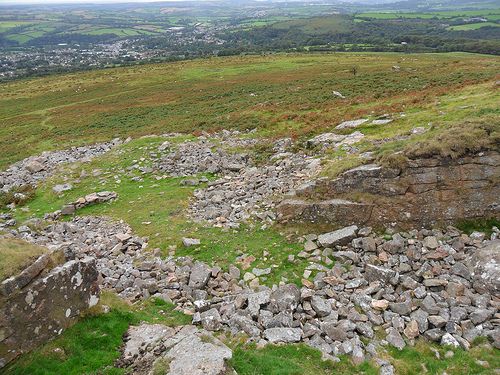 Caption & credit
This is the view from the Observational Post on Harford Moor at Western Beacon. Nothing remains in the area.
OB Image 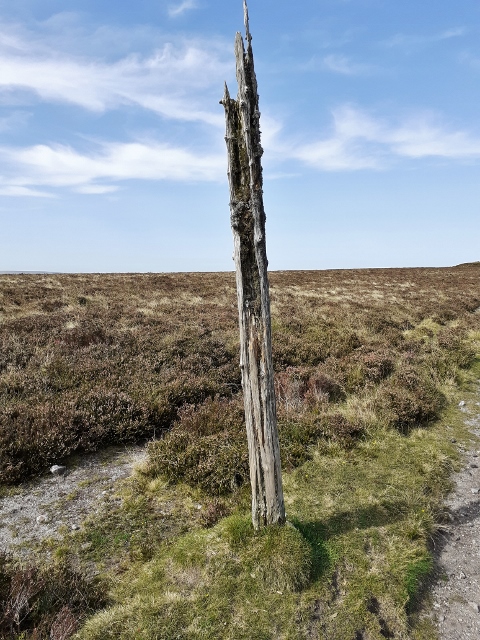 Caption & credit
Glider pole on Dartmoor
OB Status
Destroyed
OB accessibility
This OB is on private land. Please do not be tempted to trespass to see it
Location

Near to open moorland the threat of gliders landing was prevented by the placement of many poles over the Moors. Some still remain in places. Harford Patrol would have been ideally placed to watch for enemy landings.

Training took place with the other Patrols of Group 3

The Howell family owned Lukesland Estate and the other Auxiliers lived or worked on the Estate. Lukesland is still owned by the family and the gardens are open to the public at certain times.

Lukesland had two German POW's and was a Red Cross Depot during the war and had a constant stream of service men and women staying there.

Twas as Twas by Gillian Venables

The kind help of Noel Thornton and Mike Barber with their local and tactical knowledge.