No personnel yet known for posting to this Network or Station.

The Blorenge Zero Station is located right at the top of the Blorenge, a flat topped mountain just outside Abergavenny. The suitability of the site for long range communication is shown by the modern transmitter mast a couple of hundred meters away. The remains of the Zero Station can be easily found by walking past the “Foxhunter” memorial and towards a nearby bench. This overlooks the remains of the Zero Station. There is a convenient parking area next to the memorial.

The Station has the classic Zero Station layout of three chambers. It is built from hollow blocks, similar to those used at Rudry. The Station is now half full of rubble, apparently deliberately put into the chamber to render is less accessible and dangerous. The corrugated iron roof has collapsed in a couple of places which allows access to the larger chambers. The entrance was down a rectangular shaft which would have been camouflaged during the war.

There is an outline of unpainted block work around the doorway through to the second chamber. It is known that there was often a disguise over the first doorway, such as a set of shelves, which would have been released by a hidden catch. The aim was to confuse those finding the Station long enough to allow the escape tunnel to be used.

There is also an impression in the paint above the wooden lintel. This may have been where a blackout curtain was fixed to the wall with a wooden batten.
The escape tunnel is short and built of blocks with a flat roof of concrete slabs. It lies barely below ground level. The tunnel leads into a long destroyed prefabricated concrete hut.

The associated Met Hut remains are a few bricks, a front step and sections of the supports for the wall panels are all almost that remains. In a couple of places the very bottom of prefabricated concrete wall panels remain in situ, there upper portions broken off when the hut was destroyed.
It is not known how the aerials were sited in this treeless location. 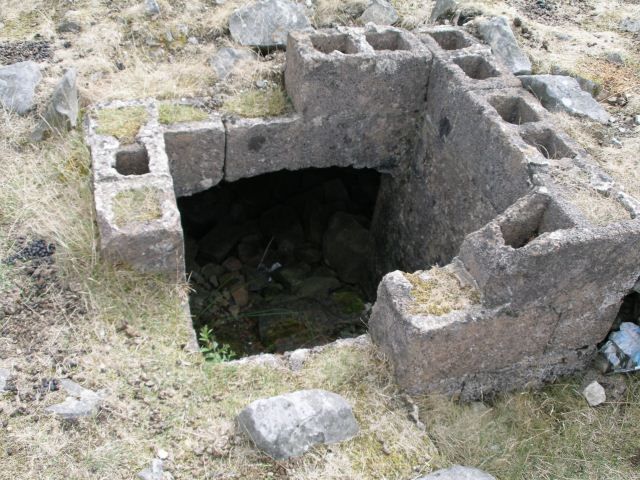 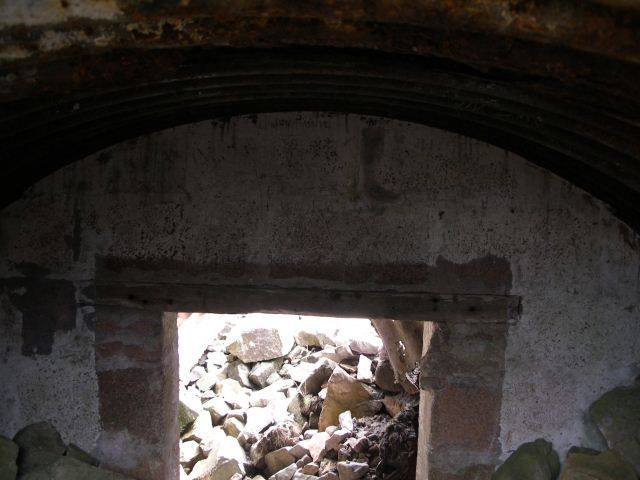 Caption & credit
The view into the entrance chamber.
Image 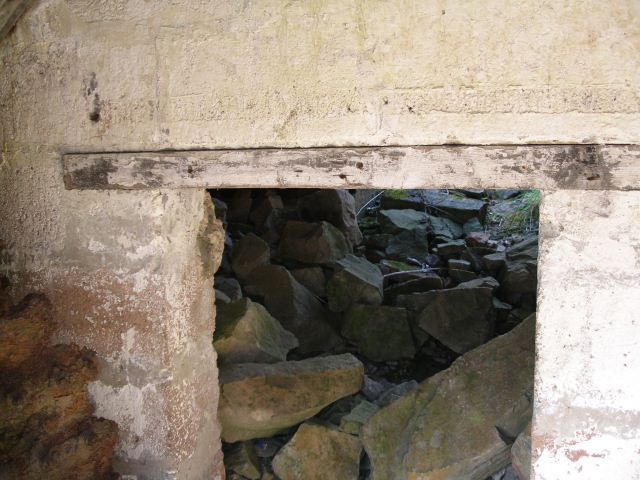 Caption & credit
View from the middle chamber back towards the entrance chamber.
Image 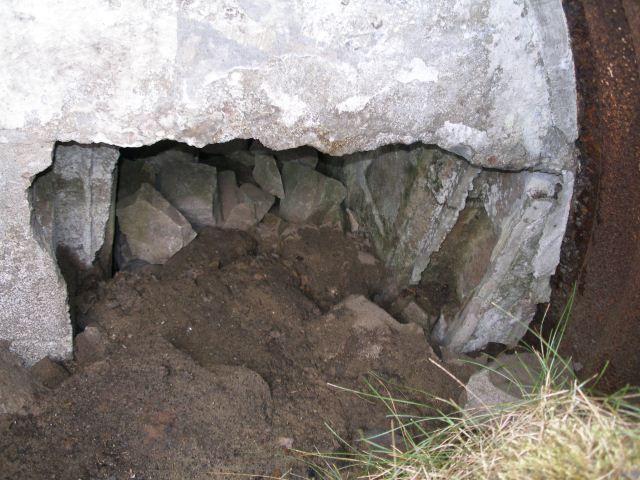 Caption & credit
The entrance to the escape tunnel in the end wall of the OB.
Image 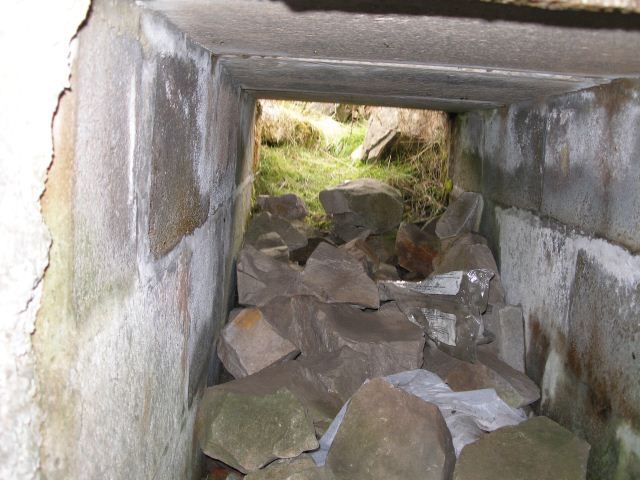 Caption & credit
The escape tunnel is short and built of blocks with a flat roof of concrete slabs. It lies barely below ground level. The tunnel leads into a long destroyed prefabricated concrete hut.
Image 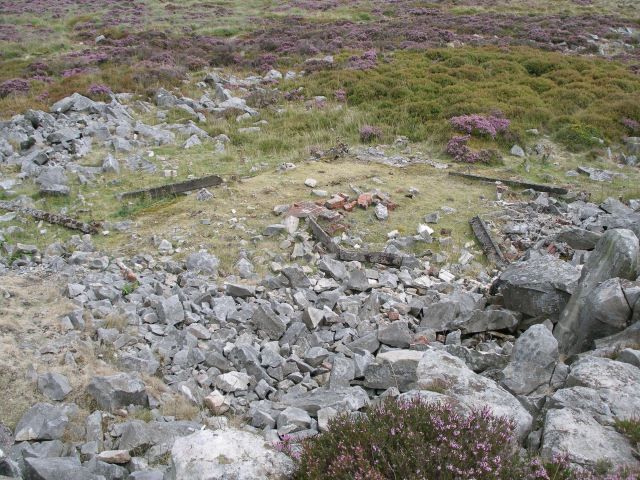 Caption & credit
The remains the the prefabricated hut.
Map Location