The Station is hidden in a small strip of land approximately 50 feet wide and known as a wind break between two fields. Within the break are mature trees of which two have been used to run aerial cable up to the canopy.

The stations main entrance has been covered over with a metal plate and bolted down.

Info below supplied by George Dawes (1996)

Mark Bond, a friend of mine from Hornsea, N. Humberside, phoned to say he had found what he thought was an Auxiliary Unit Radio Bunker near Sigglesthorne, just outside Hornsea.

Mark's main interest is the Auxiliary Units and their hides. He found this one while having a drink at the local pub, and an elderly gentleman told him there was a Bofors anti-aircraft gun sited next to a wood for a couple of months early in the War.

As the authorities used mobile guns or searchlights as 'cover' while they dug out the underground hides or bunkers for Auxiliary Units, Mark was quite curious to inspect the site. He approached the owner of the wood and was told that there was a concrete structure under the ground, and was given permission to excavate it.

On Sunday, January 7th 1996 Mark and myself met up and went to survey the site. We parked in the grounds of the owner and had to walk about 800 yards (730m) to the location of the hide. It was in the middle of a shelter belt wood, about 40ft (12m) wide.

All that was showing was a concrete step where a path through the wood crossed over the structure. We inspected the area and found two trees that had been cut with a groove from the ground to about 30ft (9m) up the trunk. One of the trees had co-axial cable embedded in the bark, showing through in various places up the tree -at one point some 6ft (1.8m) was showing. (See images taken in 2012 above) The other tree only had he scar of the groove showing and on the scar there were small knobbly growths about 12ins (300mm) apart which could have been caused by the nails which would have held the wire to the tree. We decided that these ere the aerials, making it likely that this was indeed a radio hide.

On the ground we quickly found some glazed pipes showing through the round cover; these were blocked with rolled-up chicken wire. W e then decided to clear off all the ground cover from the top of the structure to see what we had found. We uncovered a concrete area 12ft by 10ft (3.6m x 3m) with seven glazed pipes, 4ins (100mm) diameter, protruding from the concrete (see plan view). There were three in line at the southern end some 17ins (430mm) from the edge. These went straight down 76ins (2m). There were four at the northern end, three in line 55ins (1.4m) from the edge and one offset.

There were eight step rungs set in the south wall of the ante-chamber below the manhole and a No 4 bilge pump on the east wall. The suction pipe of the pump went into a sump with a cast-iron grid: the outlet pipe was missing. There was a 4in (100mm) glazed pipe Bins (200mm) from the roof of the chamber in line with the entrance.

The ante-chamber measured 31ins by 73ins and was 84ins high (790mm x 1.85m and 2.13m high) and the wooden structure we saw when we first opened the entrance turned out to be a set of shelves 28ins wide by 54ins high and 9ins deep (710mm x 1.37m and 23mm deep) made from 1in (25mm) thick timber. It was hinged at the back with two 4in (100mm) steel' butt hinges to form a door to the main chamber. When the shelves were closed against the wall they fitted into a frame around the doorway so that the opening and the hinges could not be seen. On the back of the shelves was an Bin (200mm) barrel bolt to secure them in the closed position.

On entering the main chamber, which was 73ins wide by 81ins long and 84ins high (1.85m x 2.06m and 2.13m high), we found the remains of a black-out curtain of black, felt-like cloth fastened to a wooden batten nailed above the door. There was also a jumble of benches and buckets at one side. We photographed these and then sorted out the items.

In the water on the floor we found two candle stubs, and when we cleaned off the tops of the benches to see if there was any graffiti we found candle grease. On the floor we found two tins 3ins (75mm) square with a 1in (25mm) diameter screw top. These contained a thick, creosote-like fluid (perhaps for the Elsan) which had leaked out as the tins had corroded.

The roof slab was 30ins (760mm)wider and 12ins (300mm) longer than the underground chambers. We could find no reason for this. In the main chamber there were three air inlets of 4ins (100mm) diameter glazed pipe, 14ins (355mm) from the floor in the south wall, and two similar air inlets 8ins from the roof in the north wall above the door. There was also an air inlet 14ins from the floor in the east wall and this corresponded with a pipe coming out of the back of the chemical toilet.

The setting of the air pipes was quite clever as warm air would rise out of the pipes near the roof (which were thus outlet, not inlet pipes) and cool air would flow down the pipes which came out near the floor, so creating an air flow. I wonder how they would avoid steam showing on very cold days?

In the S.E. corner of the roof was the main aerial outlet. As mentioned previously it came down some 12ins (300mm) from the roof and carefully coiled were the ends of four co-axial cables. Also in the roof, 6ins (150mm) from the east wall, was the 1 1/2tin (38mm) pipe from the roof.

After we had inspected the chambers we cleared the rubble from the front of the steps and found a concrete slab with a metal ring in the middle, which was a cover for the sump. We removed the pump, as we wanted to overhaul it as it did not seem too badly corroded. The rest of the furniture was too large to bring out, so it must have been put in before the roof was laid.

We then drilled four 20mm holes to take 12mm Rawlbolts, and sealed the entrance with a 6mm thick steel plate, and re-covered the site as we had found it. 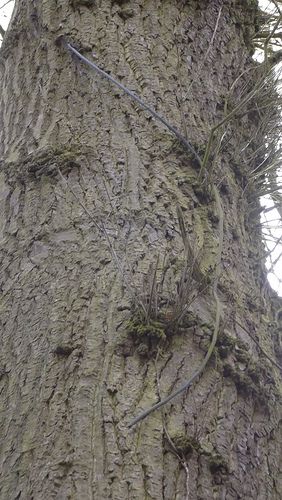 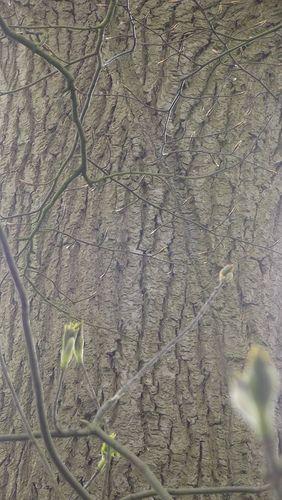 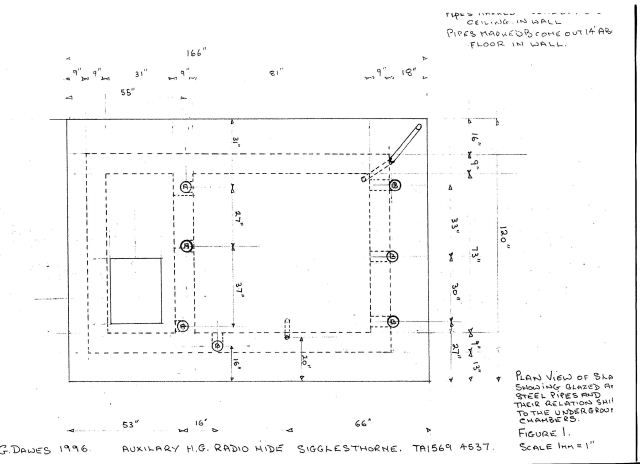 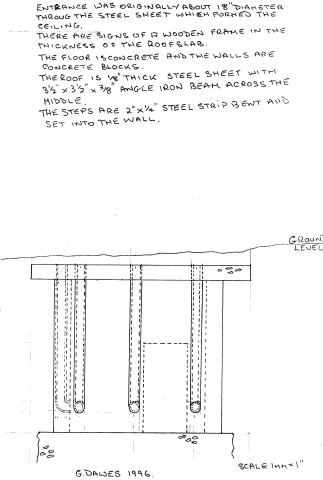 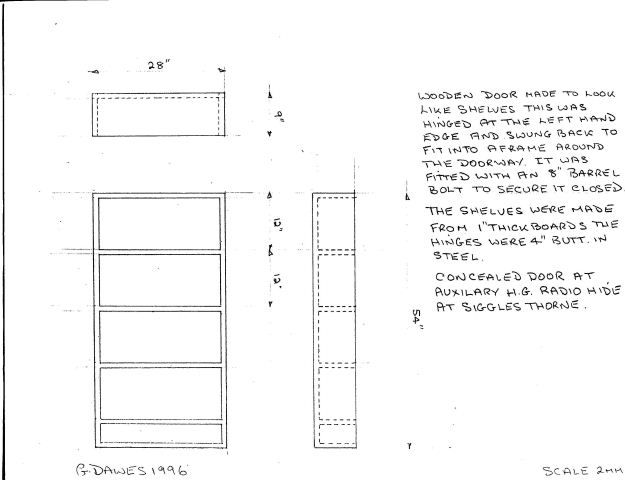 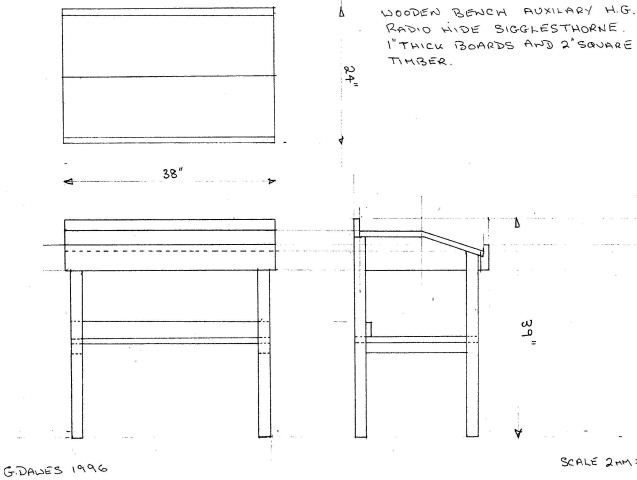 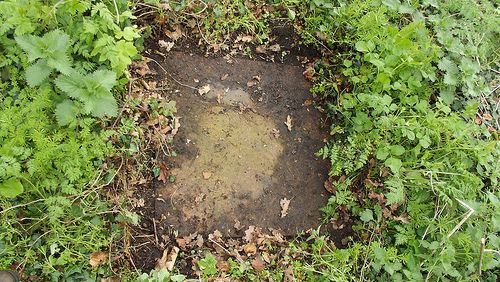 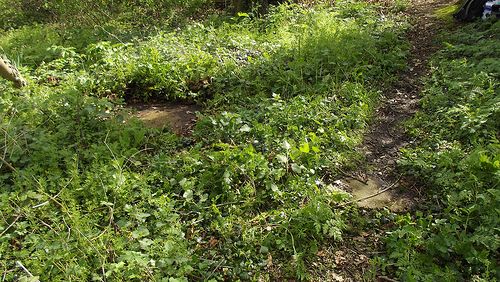 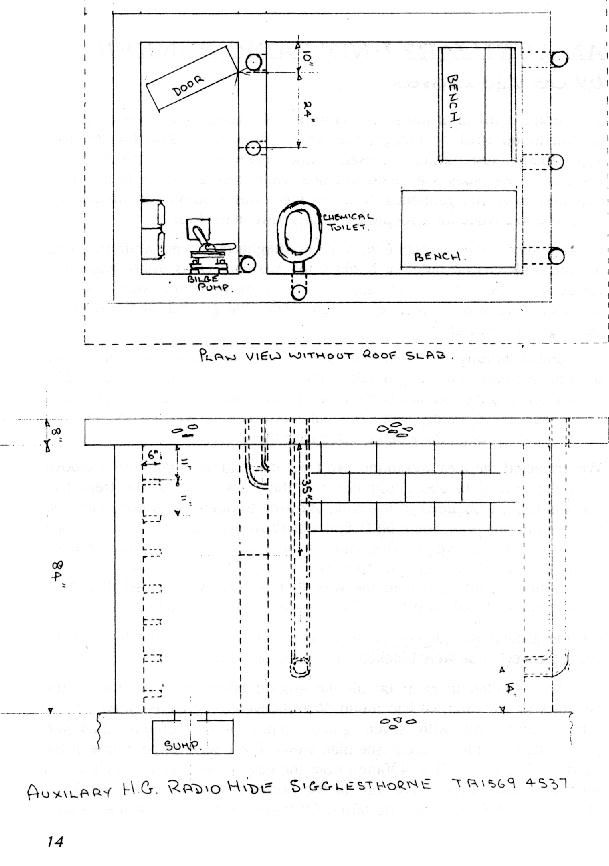