Unveiled on 14th November 2022, this Memorial is to the Wareham Patrol, Dorset and consists of an Information Board, and two benches.

"The weather stayed fine just long enough for the ceremony to unveil the benches and information board remembering the Binnegar Auxiliary Unit Operational Base. A small gathering of locals, including representatives of Raymond Brown whose quarry site included the OB, met at 3.30pm.

CART provided a display of items recovered from the excavation, including booby trap switches, parts of the hatch mechanism and food tins left by the OB’s builders. John Wareham brought his trailer display and Dale Johnson his Home Guard marked Austin 7.

John cut the ribbon with his commando knife to declare the bench ready for use. It is built from blocks salvaged from the OB with timber from trees felled from the wood around it. The information board is set in the ventilation pipes recovered from the OB.

The setting sun beautifully lit the site. This bench enjoys a view over the community field towards the river Frome. The second bench is about 750m further uphill. Our Lottery Heritage Fund funded pop-up banner was on display. If only we had those 360 deg cameras back in 2017 to record this excavation !

Many thanks to Barry Quinn for all his hard work making this happen. Local companies cut the timber and made the metal seat brackets, with local residents putting the seats in." 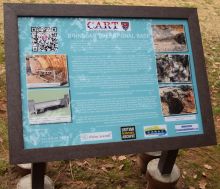 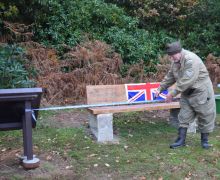 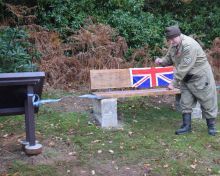 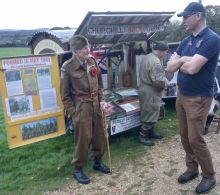 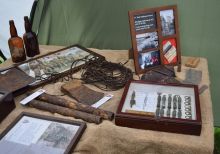 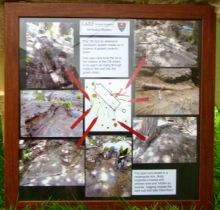 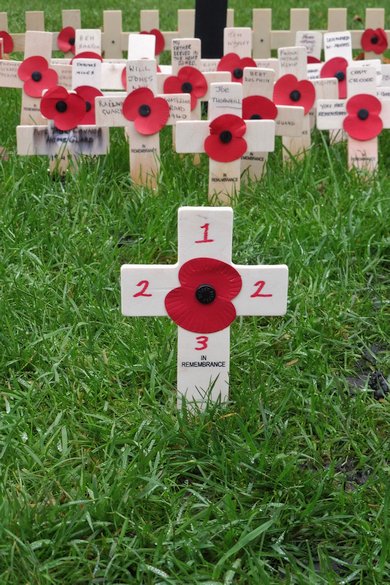