John O' Groats is a village 2.5 miles north-east of the village of Canisbay.

The OB was located in a vast open area which was extensively used for peat extraction, being the main source of fuel for burning. It was between the village and the coast but nothing remains at the site.

It had a corrugated sheeting construction, a wooden floor and a long escape tunnel.

'Sandy' Manson remembered the OB and although it was constructed within a peat banking, it was fairly secure and water tight. Under the shell of the corrugated sheeting, it was an all wooden interior made of old ships timber.

The Patrol, when occupying the OB after an all-night stand-to exercise, had a close call when a local was digging peat on his nearby plot and had no idea he was being observed. 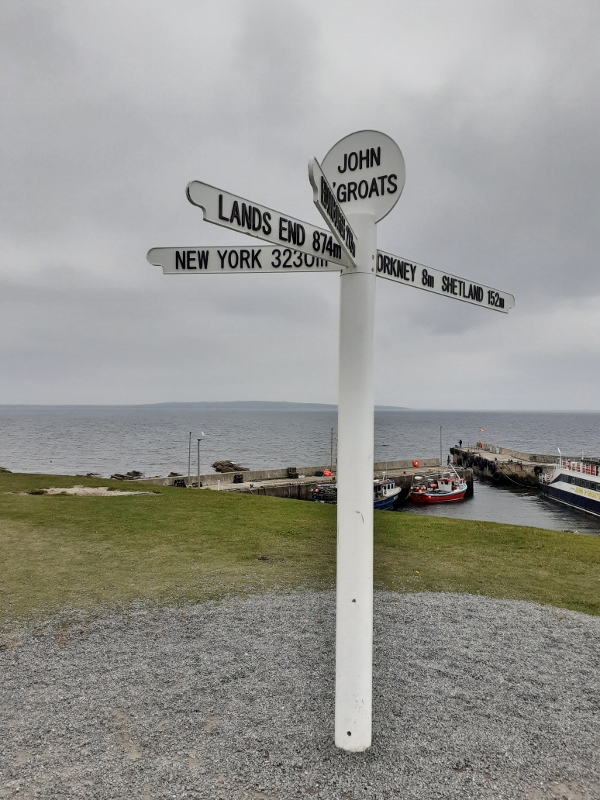 The main road would have been the obvious target which was one road in and out and harbour supply routes.

Training was conducted locally and at Golspie as well as on occasion at Blairmore House, Huntly.

Sutherland had the Tommy gun and, on a night exercise with the Home Guard, an "enemy" sentry stepped on the magazine of the Tommy gun without discovering him.

At Little Ferry he had to attack a "German Tank" which turned out to be a defunct Austin 7, bought earlier as a runner in John O'Groats.

'Sandy' Manson, who's home was at the Post Office, John O’Groats, recalled what he could of his short time with the Patrol. He was fairly young at the time and thought it was great having a Thompson Sub Machine Gun to handle; he also wore a lanyard attached to a .38 revolver.

'Sandy' Manson later joined the Royal Navy and was involved with convoy protection for the merchant ships travelling to the frozen waters of the north Atlantic and eventually onto Murmansk, this combined with the most horrendous of conditions erased most of the memories he had as a young 17 year old in the Auxiliary Units.

It was not unusual for Patrol members in the far north or more remote locations of Scotland to be related to each other, as can be seen with this Patrol. Especially understandable, when secrecy is paramount.