The wireless was concealed within a dugout in Hamstreet Woods.

The investigation of this site was prompted by an article in “The Countryman” magazine, depicting an unusual underground structure with a disguised hatch and ventilation pipes, suggesting a possible Auxiliary Units structure. It had been located by James Plunkett, who was working for English Nature on the Hamstreet Woods reserve. He recognised that it was a wartime structure and possibly Auxiliary Units related and contacted the Defence of Britain Project in 1997 attaching a sketch of the site.

The entrance was covered by a square concrete slab. When discovered in 1996, the shaft was full of water and was pumped out by English Nature staff. This left a small amount in the bottom, which had not changed in the period since, suggesting that the structure remains watertight. At the time of the visit (1997) some of the remains were removed for photography.

The main shaft consisted of 54 inch internal diameter sewer pipes. These rose 64 inches from the floor before sloping inwards towards a round top hatch. A square hatch, 22 inches by 21 inches, formed the main part of the covering, with wooden fillers completing the roof. The original entrance hatch was made of wooden planks with a bituminous covering and with an old hazel coppice stool nailed to it, presumably to camouflage it when it was in the closed position over the entrance. This was found at the bottom of the shaft.

The bottom of the shaft was fitted with duckboards on which stood a semicircular table and trapezoid bench, all neatly fitted to the curvature of the hole. These were removed and photographed. They remained in good condition.

A hook was fixed to the wall above the table, possibly for a clock. On the wall was carved the year 1941 and the names: E C Bacon, P Myers, Newton Weedon, D. Atkins, Maddox, B Oates and Clay. It is assumed these were the men who constructed the structure.

Ventilation was provided by three, 4 inch glazed pipes, 2 higher up and one lower down, with a piece of cable visible in the upper one. One of the ventilation pipes was identified exiting at the base of a nearby tree stump.

One of the cables was coaxial in nature and went to a chestnut coppice stool. Judging by the size and approximate age of this stool it is conceivable this was a full-grown chestnut tree in the 1940s. This coaxial type of cable was the type used to connect an aerial to a radio set. It is probable the aerial that ran up a chestnut tree.

A second cable, this time of a heavy-duty two-core type traveled only a short distance to a small, square, brick-lined hole. This without a doubt contained a battery keeping the possible fumes from what were very probably lead acid cells away from the very confined main chamber.

The third cable, a light two-core type similar to that used for telephones, led to another underground structure, this time buried underneath a silver birch tree. This second structure consisted of another concrete-lined hole, again fitted with a trap door. The hole had been filled with bricks and other rubble.

During the war the Hamstreet village policeman was P C Albert Ayers. He was stalking poachers one night through the woods when he discovered an unusual tree stump. When pushed it pivoted to reveal a trap door leading to a small underground chamber. Believing it could be part of a German spy network he reported it to the authorities in Ashford. A few days later he was told to forget he had seen anything. 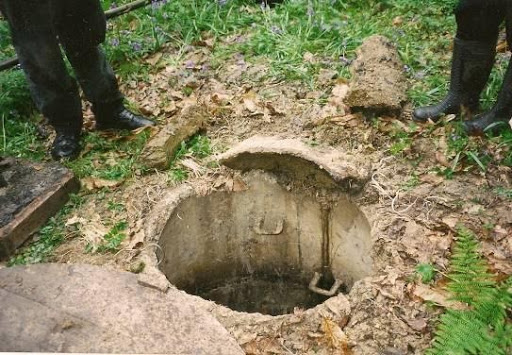 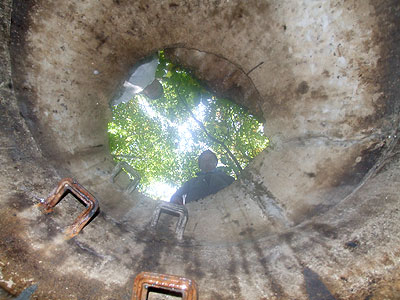 Caption & credit
Looking up to entrance (from KURG 1997)
Image 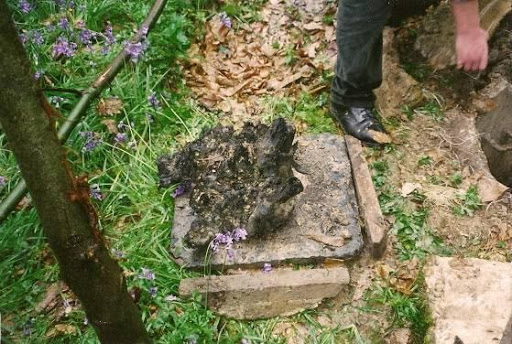 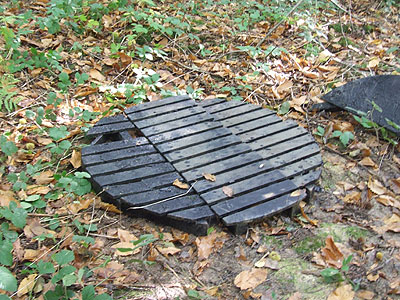 Caption & credit
Duckboard from the floor (from KURG 1997)
Image 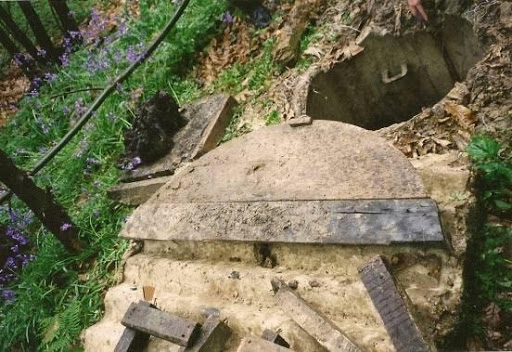 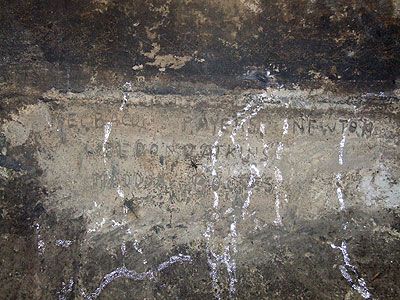 Caption & credit
Names and date on wall (from KURG 1997)
Image 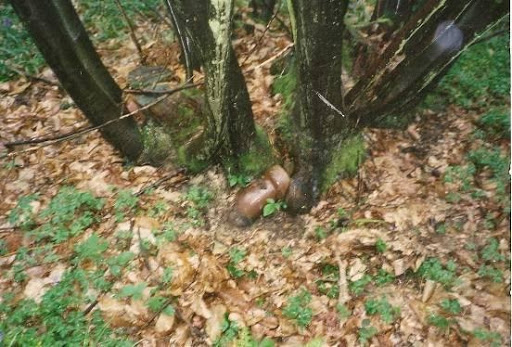 Caption & credit
Pipe by tree (from Will Ward 1997)
Image 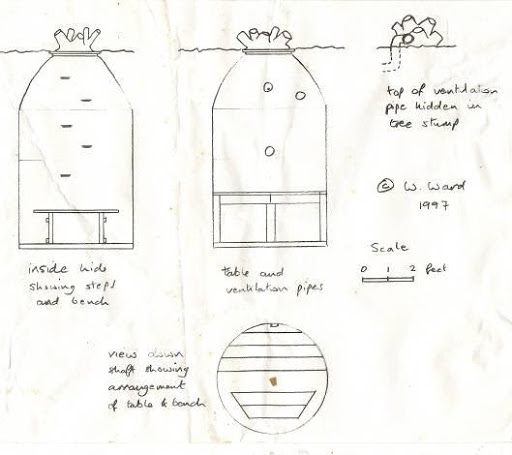 Caption & credit
Diagram of chamber (from Will Ward)
Image 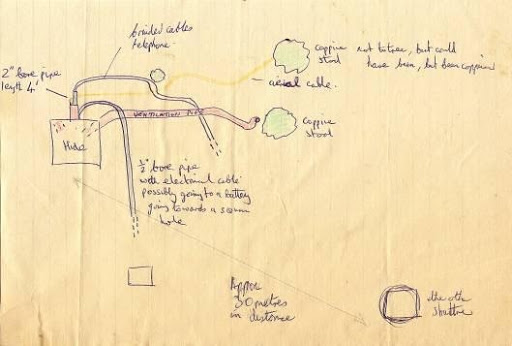 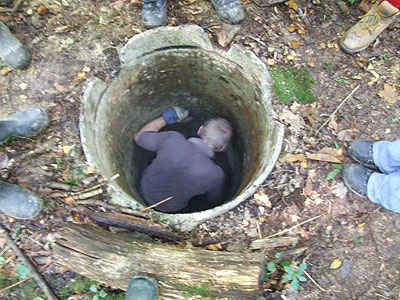