The dugout was concealed below a hen house (others report a hay stack and a Dutch Barn) in fields behind Bendarroch House, West Hill. The aerial went up a massive Wellingtonia tree.
This field has now been built on and is now Windmill Lane. The aerial cable ran underground from the dugout to a large Wellingtonia tree that remains on the boundary of two gardens. No evidence remains of the cable.

Ann (Nee Sidebotham, daughter of Francis) remembered the location was camouflaged by its situation beneath a hen house in a field behind Bendarroch and occupied a small underground room. About 6 foot square, it was reached by a ladder from ground level.

Dr Jimmy Sidebotham (son of Francis) remembered the army fixing an aerial to the tallest tree in the area and excavating a deep bunker under a hay stack. They installed what was quite a sophisticated wireless system for its time.

The Wellingtonia tree that housed the aerial from the dugout still stands.

In 1997, after a Radio 4 article on the British Resistance, Mr Moger from Exmouth wrote a letter about the dugout at Bendarroch.

His family bought the house in 1954 and as they started to level the ground near the “Dutch Barn” the digger hit “really tough steel sheeting”. They made enquires and found out what it was even though they were told by the gardener that they “were not meant to know about that as it is secret ”.

He drew a map of its location. 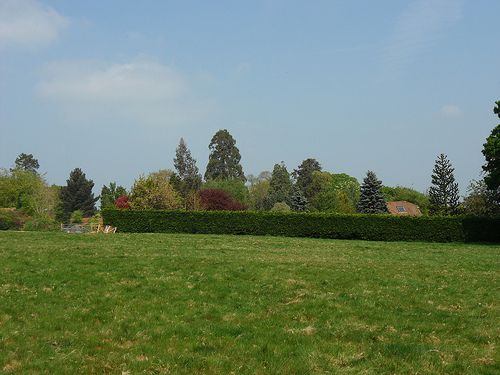 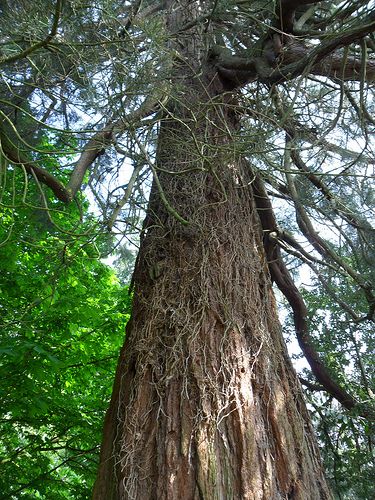 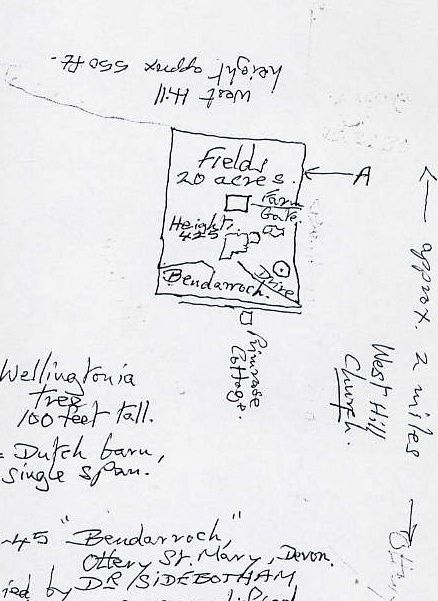