Bachelor's Hall was closed down around July 1942, when the Royal Signals team was moved to Coleshill House.

The following details are based primarily on information supplied by Captain Ken Ward (Royal Corps of Signals), the leader of the original TRD design team (interview 10 August 1999).

When Ken Ward joined Auxiliary Units (Signals) in January 1941, the original pilot network in Kent - comprising a Control station with five ATS operators and five or six outstations - had already been set up. Ken Ward joined Captain (later Major) John Hills (with wife and two children) and Intelligence Officer Freddie Childe at The Bull public house at Long Melford, Suffolk, where they were based at the time. They were accompanied by two Corporals, Chalk and Crawley, who had been involved with installations work.

The men were now looking for a more suitable location in Suffolk and eventually found Bachelor’s Hall, which had recently been evacuated by the Manchester Regiment and was standing empty. Although there was no electricity, it was decided that this location was exactly what was required. The team under Captain Hills with his assistant Captain Ward were soon joined by Captain Shanks and Ron Dabbs, who was appointed Sergeant in charge. The other team members were Bill Bartholomew, Tom Higgins, Jack Millie, Les Parnell, Jimmy McNab, John Mackie, Bill Air and George Spencer. They were consequently attached to an Army unit at the nearby village of Clare where there was also a ration stand. Their workshop was set up in a large barn adjoining the house. This barn was furnished with about six benches supplied by the Army, and a number of large tables as well as storage racks. There also was a foot-operated metal guillotine, a folder and a couple of fly presses, and a hand-operated drill. The lighting was provided by Tilley lamp reflector lights that were fixed to the wall.

Ken Ward recalled that the first wireless sets they produced were meant for use in outstations: “We were making sets to go in civilian locations with civilians who would stay behind. Farmers, Manager at the Gas Works, Vicars, Bakers, Butchers, Candlestick Makers, Bar Maids, all sorts of strange people and each of them had a wireless station somewhere near the coast where they could know what was happening. And they had a network of reporters working to them, you know people just wandering around the countryside who had put a message in a tennis ball and roll it down a shoot into the station or whatever.” Ken Ward said that 480 stations were equipped within one year. [Note - this figure does not correspond with the figures given in the official report written by Major Jones, Commander of Auxiliary Units (Signals)]

“We were responsible right down to the coast stations (outstations). We made the sets, we installed them in the coast stations (outstations), we taught the operators how to use them and we maintained them.” The men also carried out repairs on the so-called Savage sets, named after the designer Brian Savage Ltd. "We were finding that we had to do an awful lot of repairs”. One morning it was decided to build a new, more reliable set and according to Ken Ward this task was achieved in about three weeks flat - a remarkable accomplishment considering the working conditions. The new set was called “TRD”. Before being installed at their destinations, all wireless sets were tested at Bachelor’s Hall own testing station. The sets were working to ‘Radio Buttercup’ at Halstead Control station which at the time was operated by two ATS subalterns - Mickey Brown and Thea Ward (Captain Ward’s wife). The test station was located in one of the upstairs bedrooms and was used for testing only. It never served the purpose of a regular outstation, as has been suggested elsewhere.

According to some accounts, the instruction warrants issued to aspiring ATS wireless operators who were sent to Bachelor’s Hall for a voice test required that they take a train from Liverpool Street station, change at Marks Tey and get out at Hundon from where they were to make their way to the Rose and Crown public house, where a car would come for them. Hundon, however, never had a railway station. The nearest stations would have been Clare or Haverhill, but Ken Ward recalls that the candidates were commonly picked up from Colchester station.

Ken Ward drew a diagram of the layout at Bachelors Hall which can be compared with the modern sales particulars. 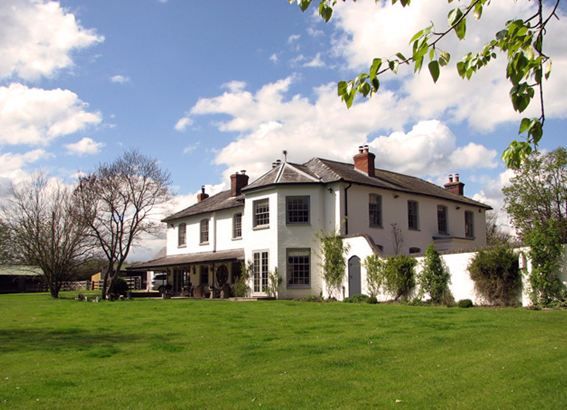 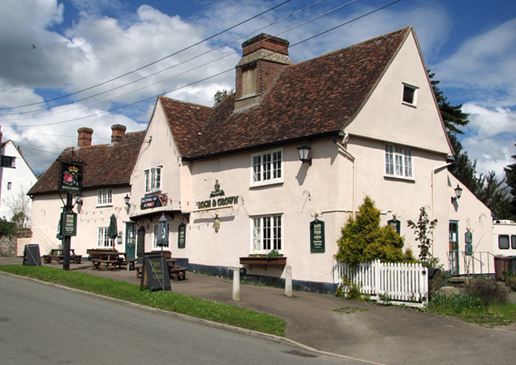 With Britain in Mortal Danger By John Warwicker,
Evelyn Simak & Adrian Pye
Our thanks go to Mr and Mrs Appell, owners of Bachelor’s Hall, for their kind assistance and for making available copies of some of Arthur Gabbitas’ private papers in their safekeeping.
Excerpts from an interview conducted with Captain Ken Ward by Colin Durrant, Andy Taylor and John Warwicker (all from the British Resistance Organisation Museum at Parham, Suffolk, and Ron Chisal of Chatterbox Club); Arthur Gabbitas, Auxiliary Units (Signals), private papers;
Notes from Brigadier RE Barker CBE, The National Archives ref WO 199.1194, 28 Jun 1944