Noted as a "Relay IS" (Relay In Station) The underground Zero Station and the nearby Meteorological (Met) Hut were constructed within the confines of Castle Neroche, Buckland St Mary, Somerset. The location is managed by the Neroche Scheme, led by the Forestry Commission and is open to the public. The Zero Station dugout was within the ramparts of the Norman motte and bailey castle and built by the Royal Engineers. The site is a Scheduled Ancient Monument and cannot be dug.

Arthur Gabbitas recalled the general Zero Station lay out as having an entrance where stores were kept, a main chamber where they operated and had bunks and a sealed chamber that housed the generator. This chamber and a tunnel leading from it acted as an exhaust for the generator fumes and an escape tunnel for the men if necessary.

Historian and former Royal Signals Officer, David Hunt, visited the site in 2008, obtaining a useful first-hand account of the location of a "Zero" station for the Chirnside Network, from a local resident who remembered it. His account included the presence of ventilation pipes showing like rabbit holes in the side of pits in the Castle grounds. No remains could be found at the time, but the site was recorded on the Somerset Historic Environment Record. There are separate records for the above ground Met Hut, which David remembered as still present during his own childhood visiting the site, and the Station.

In 2017 CART visited the site and prepared a report on the surface vent pipes and aerial trees.

David's reports provided a focus for the search. The Met Hut base was measured and photographed. The location of the door could be identified. The concrete base that supported the above ground “Met” hut is still in situ. Here there was a wooden hut sited on a concrete base disguised to resemble a Meteorological Hut with maps etc on the walls though there was not a standard design in all areas. The concrete base of this hut measures 20 feet x 10 feet. On the Southwest end of it there is some remains of a cement mortar joint that was for either brick work or block work for the hut. On the Northeast end of it there are two odd rectangle shaped holes in the concrete base, these holes could be for locking pins to lock a pair of double doors, one hole for one locking pin on each of the doors. The narrow axis of the concrete base runs Southwest to Northeast.

A search of the surrounding area found a small fragment of wire on the adjacent bank, twisted as if to connect to a terminal, perhaps for a battery. At the location identified for the Instation, fragments of glazed earthenware pipe were found, a feature often seen at such sites. A very careful search found a small hole near the edge of the bank with the top of two earthenware pipes just visible at its base, just a few centimetres below ground level. The earth had washed down into the pipes over the years, creating the hole. The pipes were almost certainly part of the ventilation system previously noted. Nearby an aerial tree was identified with fragments of the aerial feeder cable projecting from the bark. The aerial tree is 64 feet from the edge of where the Instation was, and the tree is to the approx. south of this. At ST 27245 15715. The feeder wire comes down the tree trunk, and then it turns and drops around the east side of the tree to ground level.

Because the entire site is a scheduled monument, no excavation of any sort was possible. We included our findings in The Festival of Archaeology 2020.

Our report was prepared and submitted to the County Archaeologist who fortunately was interested enough to arrange for a further non-invasive investigation after obtaining the necessary permissions. Liz Caldwell from GeoFlo (www.geoflo.co.uk ) was commissioned by the Southwest Heritage Trust, which was organised by Chris Webster, to survey the site. We think that this report represents the first time that an Operational Base or SD Station was located by such techniques. With permission we include images from this report in an album of images from the site. The survey was conducted with a Fluxgate gradiometer (Bartington Grad 601-2 ) and Resistivity meter (TR/CIA Resistance Meter) processed with Geoscan Geoplot 3.00v software. The survey showed with a high degree of confidence the location of a structure underground, with a high magnetic signal, consistent with an elephant shelter structure. The ventilation pipes were not visible using these techniques. The full survey and L.D.A.R image are available.

On a repeat visit to the site, with a change in the conditions, a very shallow regular depression could be identified at the site identified by the non-invasive techniques. A further hole with a pipe junction was identified, in line with the first, supporting the interpretation of a ventilation system. Two aerial trees were identified. We do not believe there is a third extant tree at the site, though there is another tree with a lightning scar, an appearance that can look similar to an aerial scar. As both aerial trees and lightning strikes are located on high ground they can exist in close association.

The men were billeted at Castle Neroche Farm with the farmers Mr and Mrs Gent. Mr Gent, with his broad Somerset accent, introduced the men to the delights of Somerset cider. The telephone number was Buckland St Mary 228. The billet, underground dugout and above ground hut are all within two minutes' walk of each other. The men had a small car, a Morris 10hp, which they used to check aerials and change the batteries in “Chirnside's” Outstations, aiming to visit two a day.

Beatrice Temple (Auxiliary Territorial Service) records in her diary a visit to Buckland St Mary on 13th August 1942 with the Intelligence Officer Captain Coxwell-Rogers, she mentions ATS Officer Kitty Hills being there, but this may not have been her posting. 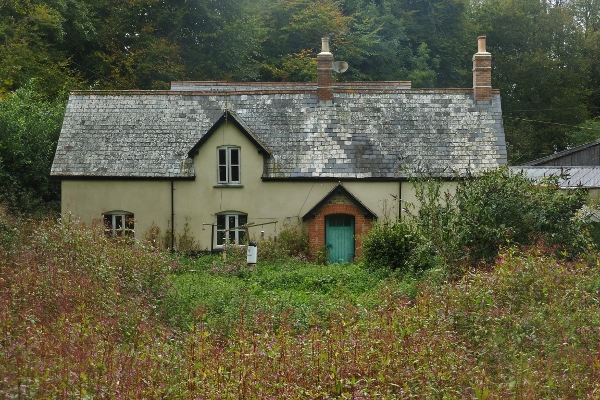 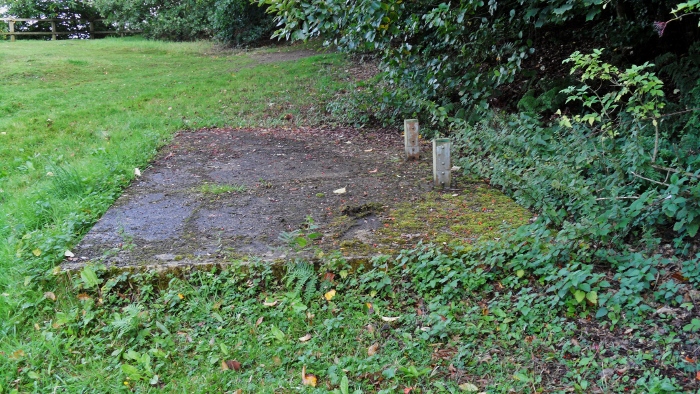 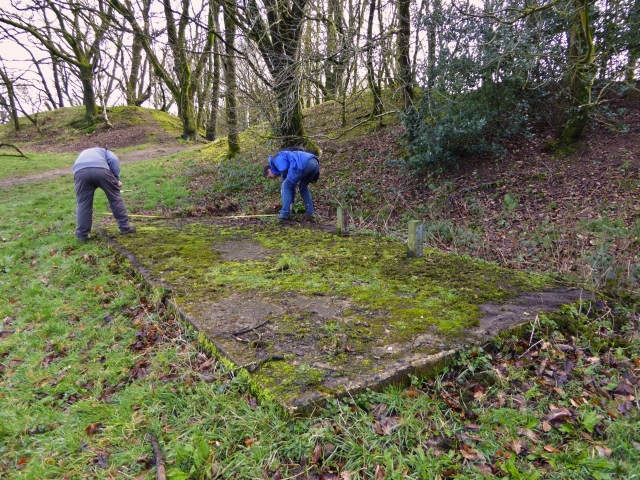 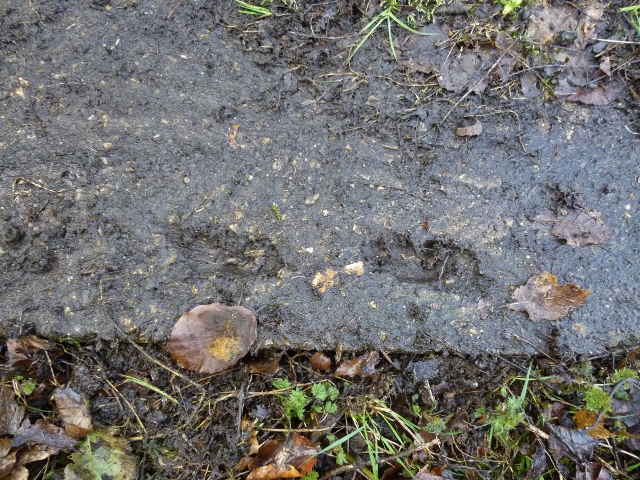 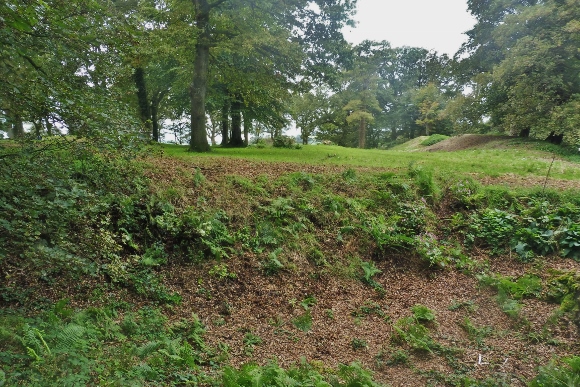 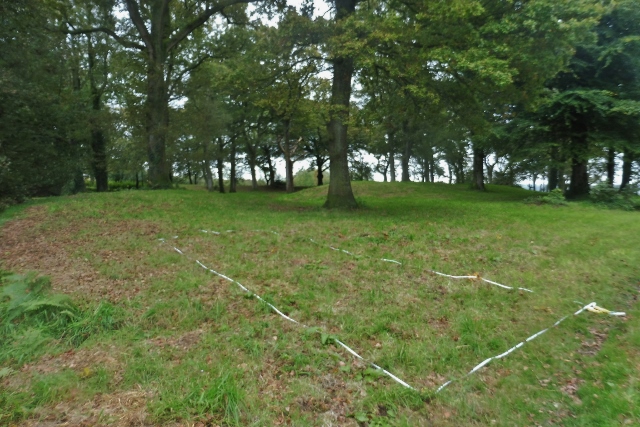 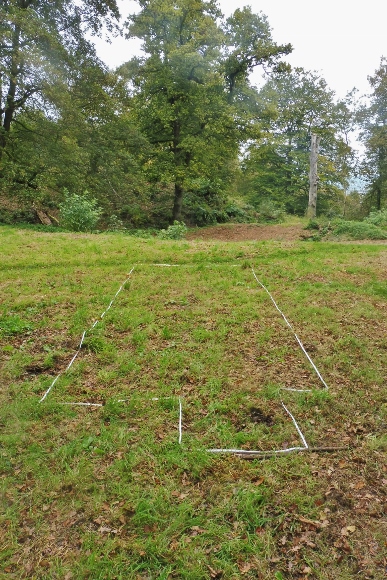 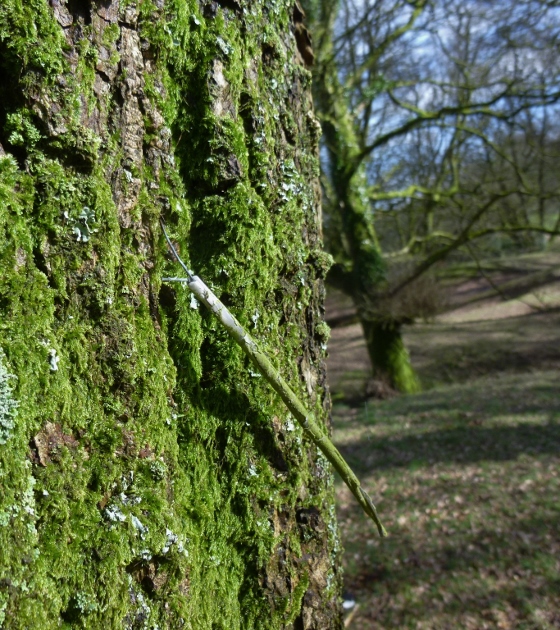 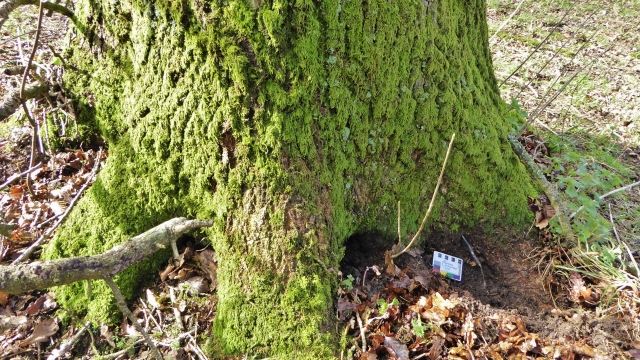 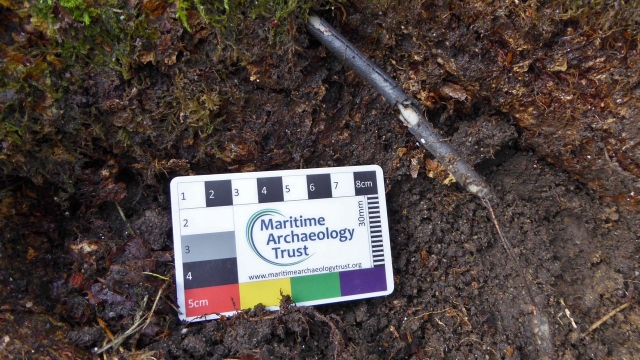 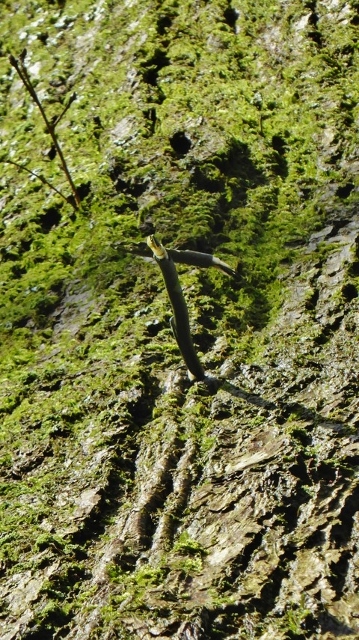 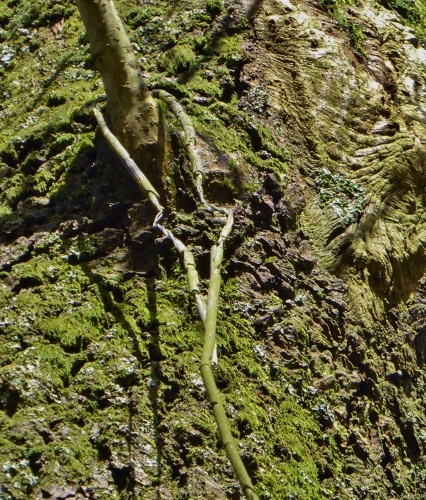 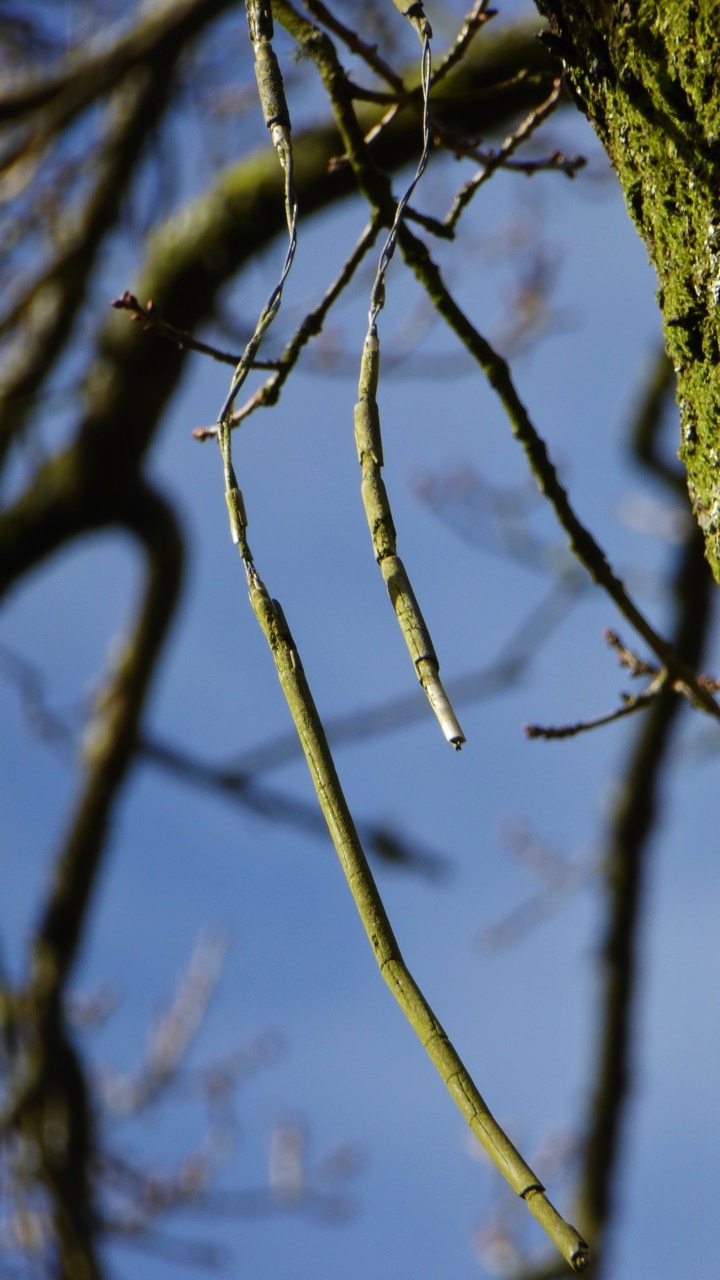 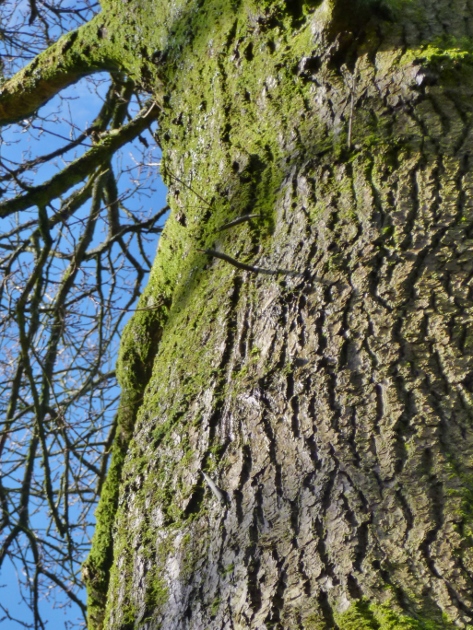 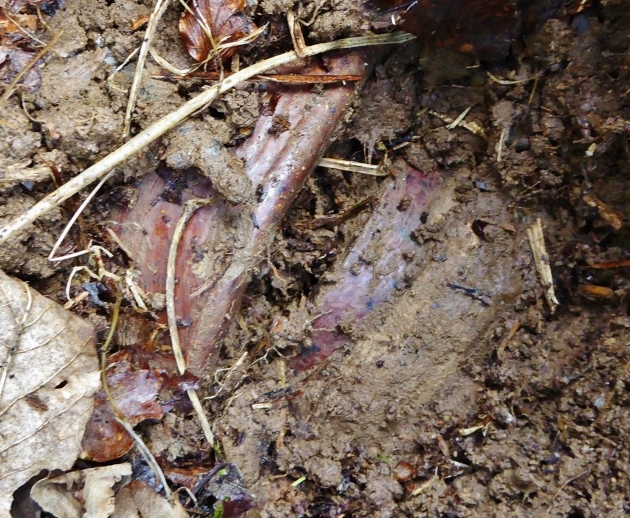 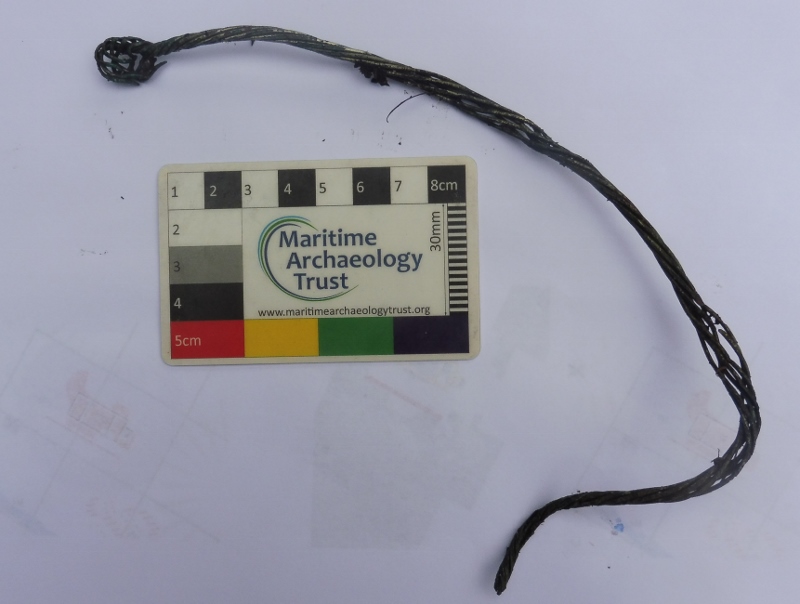 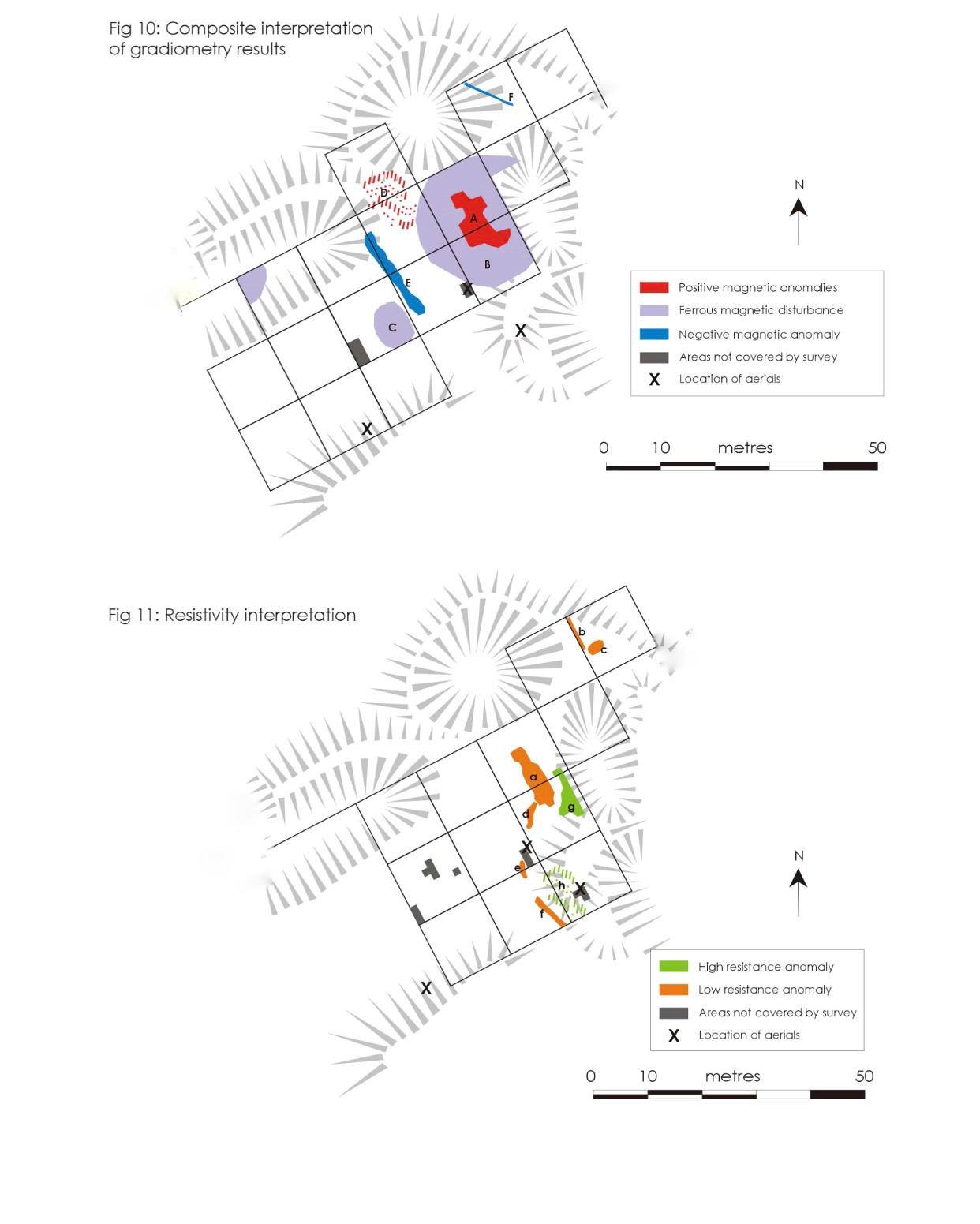