Barbara Culleton was stationed at Hickleton for three months and it is she who mentions that the Special Duties Station was in the grounds of Hickleton Hall within the Summer House. The Summer House still stands today albeit in ruins on one the highest points of the park above a crag which is not known if it is man made or natural.

When a full walk over the Park was done, evidence of the War was still there in abundance, hut bases, rubble, ironwork and not least the remains of the Summer House. It stands atop the highest point in the Park on the edge of a crag.

The Summer House is rectangle in shape with internal dimensions of approximately 10 feet by 8 feet. From the surviving remains it appears to have had windows in three sides and the front (on the opposite side to the Hall, but facing the sun) was originally completely open. It is presumed that some kind of temporary wall or screen would have been added during its Special Duties use. The floor is covered in rubble and soil but probing suggests that it retains a flagstone floor over its entire area. What is of significance is the proximity of hut bases from the army camp. The nearest of them is perhaps only nine yards away. The huts surround it on all three sides, the rear facing out over the slope back towards the Hall. It is reasonable to presume that either the huts were placed close to it once it had passed out of Special Duties use or that the occupants of the nearer huts were not considered to be a security issue for the use of the Summer House. Possibly the nearest one was the billet for the operators.

Although the trees within the vicinity of the Summer House are a plenty none are of substantial age that they were there in 40’s and information from the Landowner was that he removed trucks of trees after the bad storm in 1987 so evidence of aerial cables are now long gone.

Hickleton Hall stands 10 kilometres north-west of Doncaster, at the south side of the village of Hickleton. The 77 hectare site is bounded to the north largely by the A635 Doncaster to Barnsley Road, together with the south side of the village. The east boundary is marked partly by Hickleton Road, leading to Barnburgh, which also divides the north-east section of the park from the main part, and on the other sides by agricultural land.

Having 60 rooms Hickleton was one of the former homes of the third Lord Halifax, a Viceroy of India and British Ambassador to the USA, and foreign secretary in Neville Chamberlains Government from 1937 to 1940 and so was making him a major figure in the history of the appeasement of Nazi Germany in the 1930s. He was King George V’s preferred choice as Prime Minister in 1940. The Army occupied the Hall during the Second World War and in October 1946, the house and contents were sold and the property let to St Hilda's School based at Whitby. In 1961 Sue Ryder (later Lady Warsaw) opened the Hall as a refuge for Forgotten Allies and it continued on as a Sue Ryder Care Home.

After Dunkirk large houses were taken over and used as Head Quarters for a number of Divisions. It seems that Hickleton Hall,according to GHQ Order of Battle (1941) served as 1 Corps (Northern Command) HQ. Local stories passed down recall strange things happened at Hickleton. There is a local story of a haystack that stood in the yard of an outbuilding, the haystack stayed in the yard for the whole of the war and people would just appear out of it as if by magic, maybe it was just camouflaging some hut or other from overhead planes. Stories also say that Eisenhower, Churchill and Montgomery would also attend Hickleton, it certainly had good security as Lord Halifax was refused entry into the Hall by a sentry after returning late from a very important cabinet meeting in London. The soldier was later commended. In the War Diaries of the 44th and the 45th Divisions, Hickleton Hall is mentioned periodically and an important entry was that the Sergeant’s mess huts were starting to be built in the grounds, today you can see hut bases still in situ around the Park.

Beatrice Temple noted in her diary; "Thursday June 4 1942 Doncaster (own car). No ATS at hut – taken to “B” mess – dumped equipment and left". 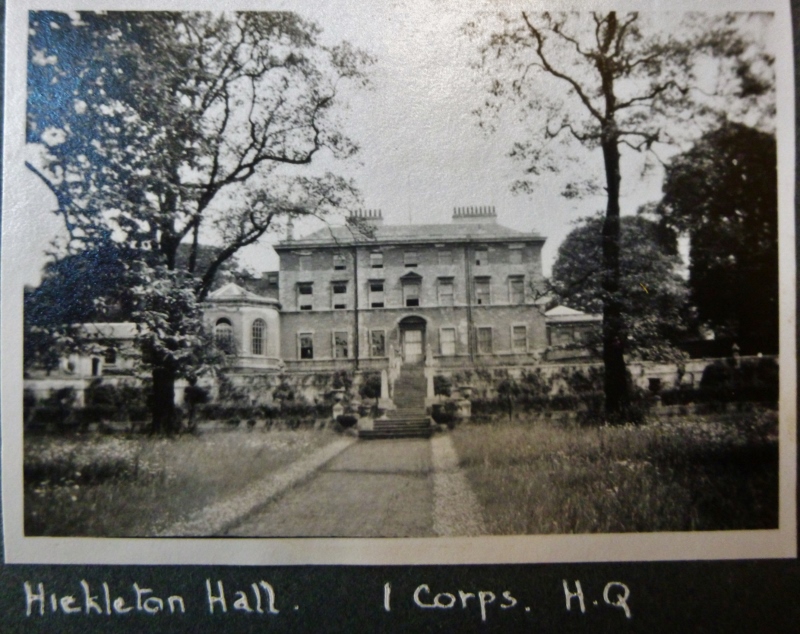 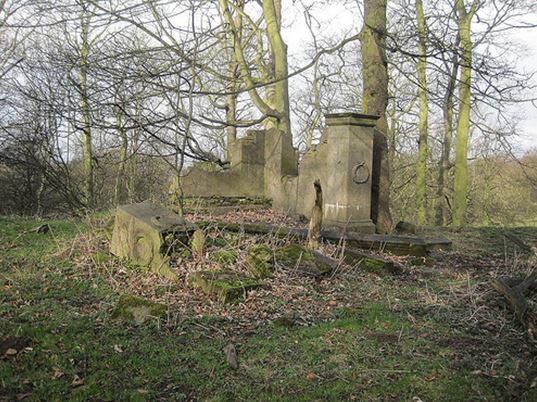 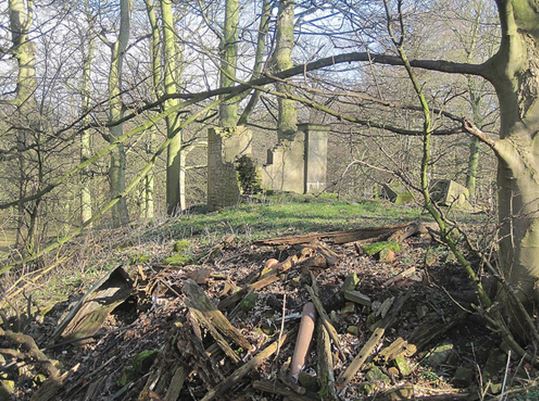 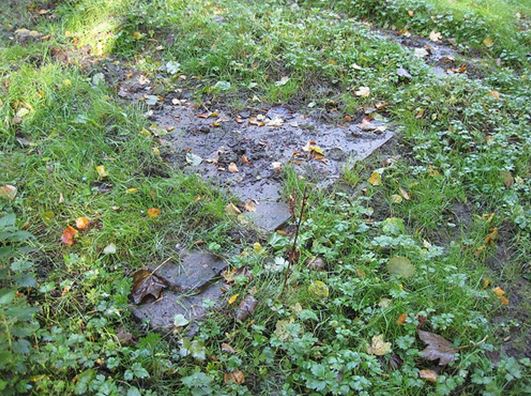