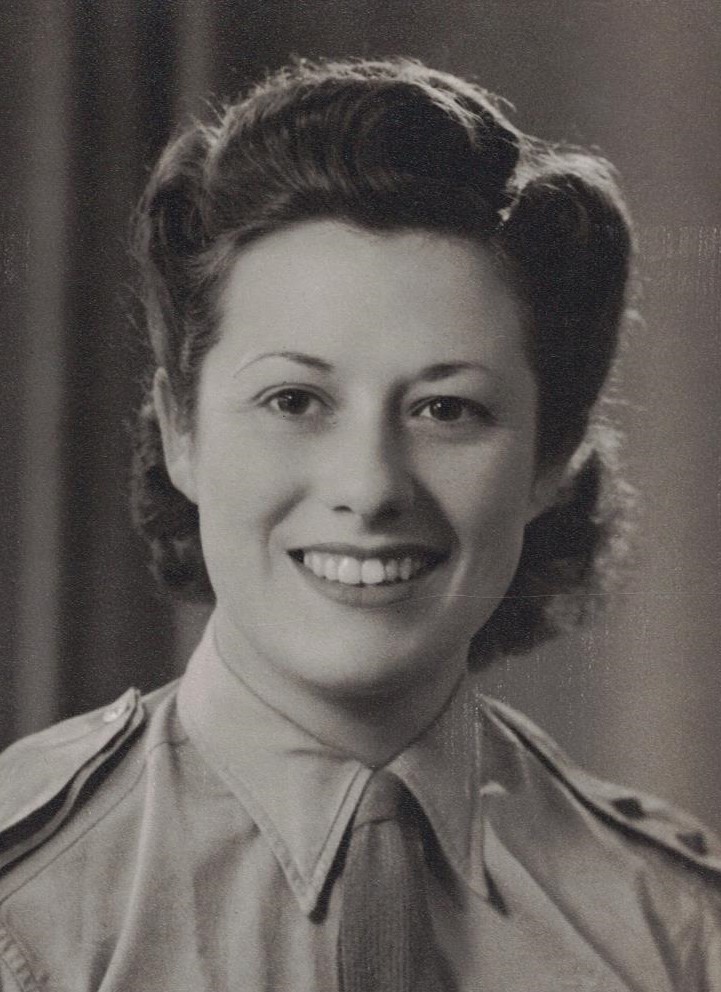 Marjorie was interviewed and recruited to Auxiliary Unit Signals in September 1940. She worked with Army and civilian personnel: "In June 1941 I attended an Officer Training School in Edinburgh and on graduation as a commissioned Army officer returned to this special unit, having signed an official secrecy document. We worked as a group of two operators in various locations mostly in Kent and Sussex but also served in various areas throughout the country until the Summer of 1944, when were disbanded after D-Day; our job was done. In addition to the Nissen hut we worked in, we also had a very-well hidden underground station in the same general area, where we would operate if the country was invaded. It was well stocked with supplies. Fortunately, we never had to take up permanent residence for the reason it was intended. It was, however used extensively during Army exercises. The stations were in very isolated areas and the nearest Army headquarters supplied our transportation. They were very curious about what type of work we were doing; needless to say we had to be very careful when confronted with questions."

She was visited by Beatrice Temple at the following locations;

Hollingbourne 27 Jan 1943 though she was not there.

Marjorie married Leslie T. Radford, a Royal Naval Volunteer Reserve officer who had served as a Fleet Air Arm pilot, in late 1945 after the end of the war. They emigrated to Canada where he had trained during the war and where he died in 1965. Marjorie then married Douglas Lester Tarrant in the 1980s.