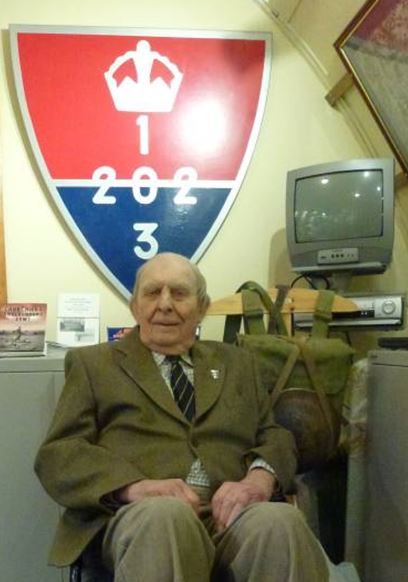 Don Handscombe joined in 1940, having been a member of the Home Guard for just about three weeks at the time. He managed his father’s farm which included large greenhouses and two extra farms they operated at the request of the War Agricultural.

After an initial approach from Fred Harris, he was passed to Mr Kenneth Maryan Green, who was one of the Special Duties operators, to be put in touch with the man who would later be Group Commander Captain C.G Ford.

Don recalled to The Times in 2009, when aged 90, that he had been arrested by a policeman who wanted to know why he was about at night with a revolver in a holster, “I said I was with the Home Guard but he didn’t believe me. He didn’t like the look of me — this was after Dunkirk when we expected to be invaded. I had to spend a few hours in a police cell until our Intelligence Officer arrived to release me.”. This lead to Auxiliers being given a chit that said they should not be prevented from their duties with a contact number.

David Antill and Don Handscombe were regular attendees at reunions for Auxiliary Units in he 1990s.

Don Handscombe appeared in the Meridian TV series about the Home Guard, made by Peter Williams and Channel 4’s “The Spying Game” talking about his experiences in Auxiliary Units.