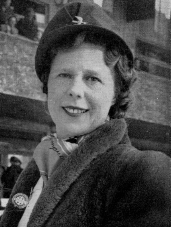 Mollie Phillips had risen to fame as an Ice Skater, competing from childhood to become a British Champion in pairs in 1933 and competing in the 1932 and 1936 Olympic Games. One of only four Britons to take part in the 1932 Winter Olympics, she was appointed Standard Bearer, as the other three girls were under 18 and included the youngest ever Olympian. Mollie was the first woman to carry the British flag at the Olympics, and she continued this trend to break new ground.

In the late 1930's she stood for election to the all male Council of the National Skating Association, taking advantage of the fact that no rule prevented her, as the men had never even considered the possibility of a woman standing for election. Leading the change of the organisation, she earnt respect and was nominated as an Olympic judge, becoming to first British woman in this role and performing it at four Games. She was also the first woman to be assistant referee and then referee at International competitions, and first woman to referee a World Championship competition.

In 1941 she was admitted to Lincoln's Inn and studied to be a Barrister, completing the course but never practicing at the Bar. After the war she was appointed to lead the Girl Guides in Cardinganshire initially, and then her home county of Carmarthenshire as County Commissioner. In 1949 she took up cattle farming and became a noted breeder.

She was also a Justice of the Peace, spent 15 years as a member of the Police Authority and was an income tax commissioner as well. She was also on the London Committee of the YMCA, retaining rooms at Lincoln's Inn throughout her life. In 1961 she followed in her father's footsteps to become High Sheriff of Carmarthen, the first woman to do so. She was awarded an OBE in 1978.

She was reportedly a member of Special Duties between 1941 and 1944. It is known that her father was recruited to be a Special Duties Group Leader in September 1941, so presumably Mollie joined after this and served until Stand Down in August 1944. A letter written by her father refers to her becoming an operator and transmitting from a separate station to him, suggesting that there may have been a second suboutstation in the area, as her wartime address was the same as his. It also mentions that she took on a good part of the organisational work of his role too. 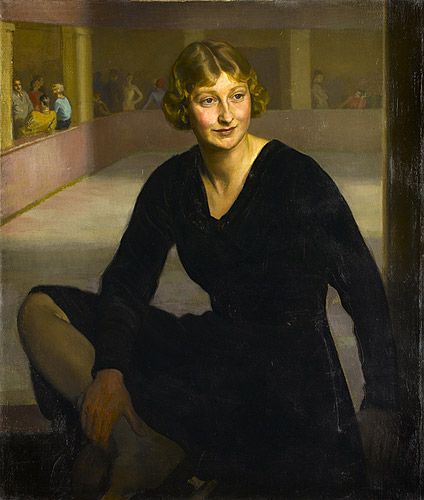