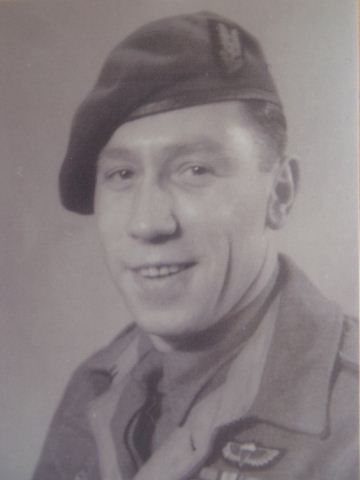 Thomas (Tommy) Ellis Cummings was born on the 12th May 1920 into a large family living in Ferrier Street Leith, Edinburgh. He was the son of an electrician and former Air mechanic with the Royal Flying Corps. Tommy was an industrious youth and soon signed up for service with the Royal Scots who primarily recruited from the Lothian’s area. His father had been a Sergeant with the Royal Scots from 1914-17 later transferring to the Flying Corps 1917-18, so a military life was already in evidence with Tommy joining the colours in late 1939.

During his time with the Royal Scots Tommy was ‘volunteered’ for Special duties he had been part of a demonstration platoon who were usually very good at fieldcraft and weapon handling skills. This was picked up on by senior officers recruiting for what was to become known as Scout Sections, usually consisting of 12 men, including senior NCO’s whereby this nucleus would form a training team whose job it was to train the newly formed Auxiliary Units.

Based at Pitskanly House in Angus, Tayside and Melville House, Fife the Royal Scots Scout Sections worked tirelessly to bring up to speed many Units from Tayside and Fife who had been selected for duty with the Auxiliary Units. When the Units were stood down in 1944, Tommy and his section found themselves at a bit of a loss and stayed at the two locations on a care and maintenance basis, but soon would be posted back to their respective companies and platoons, on hearing of a special unit recruiting for men with a sense of adventure and spirit as well as self discipline, he decided to answer that call along with some members of his Scout Section.

Leaving Waverly station Edinburgh on a cold damp evening in 1944 they travelled down to London where the Curzon Cinema was the venue for a large contingent of men and officers from all cap badges who were seated in front of Lt Colonel Paddy Mayne and General Browning. Paddy Mayne was with the Special Air Service and interested in the fact that within the audience there were men from former Auxiliary Unit backgrounds, something that would stand many in good stead for the type of work coming up, if they met the criteria. They were shown a film of parachutists jumping from aircraft and a given a talk by Paddy Mayne on the work of the SAS. Advised that the lights were to be turned off and those that wanted to join stay seated the rest who were not interested anymore to leave…..the lights were switched off, a few expletives later with people tripping over to leave, the lights turned on again revealed a few empty seats but still enough bums on seats to form a cadre that was to arrive at Darvel in Ayrshire Scotland in 1944.

Some were rejected on aptitude and fitness grounds and such like, but Tommy and some of his fellow Royal Scots stuck it out and were finally accepted in to the Regiment. Forming part of B Sqn 1 SAS the next stage was parachute training at Ringway, now forming part of Manchester airport.

Planning for Operations to drop men and equipment into France was taking priority within the SAS HQ planning staff; one such Operation code named Bulbasket was now in full swing with the coming invasion of France looming. This was one such operation planned, many others came and went during the days before D-Day and the Regiment at full throttle dropping men and equipment into occupied France.

Soon, Tommy aged 24 was in occupied France and well behind enemy lines. Tommy and the rest of the group were tasked with blowing railway lines near to Poitiers, which was designed to slow down re-enforcements heading to the Normandy area. Tommy and his small team were successful in blowing one of the lines on the 12th July and disruption of vital supplies and men were stopped for a while. Unfortunately the SAS mission was compromised and during this phase a number of men were captured. Tommy was lucky in the respect that he was close to Sgt Johnny Holmes who told him to stay close and keep running, when the Germans attacked the men as they rested in a wood, what initially woke Tommy and his 4 team members was the leaves of the trees above falling on to their faces and wakening them up, the reason was that a massive force of automatic gunfire had caused those leaves and branches to fall onto them. The sudden shock and a cold, standing start made their hearts pump with adrenaline and the sudden burst of flight or fight kicked in…..sprinting through a forest in the middle of July with a mass of gunfire raking above them was frightening enough, deciding what way to run made it all too real and the hunted deer in full flight was not that different to those men that morning….so, those sharp words from Johnny Holmes to stay close and keep running, made sense now……..

Sadly 34 men which included one USAAF airmen were executed within the woods at St Sauvant.
Their bodies later found in 3 mass graves. Tommy and a few very lucky survivors escaped back to the UK in an RAF aircraft send to extract them. Debriefed and then given leave, he headed back to Leith Edinburgh were his wife Edna was waiting for him, they were married in 1942. Edwardina Taylor Bruce, shortened to Edna. When they first met Tommy was 16 and Edna was 14, they were to be in love from then until her death in 2009, even when Tommy was in France and Germany the communication between them was never lost for long and as childhood sweethearts the love was as strong as ever.

Once hostilities ended and the Regiment disbanded, Tommy was demobbed, but later asked to join the newly formed SAS TA, which he declined, or never answered their letter asking him of his interest. Leaving some of those memories behind, but not that distant from his memory, he worked at the local flour mill in Leith until his retirement. Leaving many friends and workmates remembering his good nature and hard work as well as unstinting enthusiasm as well as his love for Hearts football team, who he diligently watched every Saturday.

Both Tommy and Edna had many holidays together and visited many countries he had been in when with the SAS, this time it was more pleasurable and also when his son Bruce was working in South Africa he and Edna lived out there for about 3 months, well travelled and always recounting their adventures to Edna on an evening, they both enjoyed the life they had made and always grateful for how things had turned out, for Tommy’s name could easily have been on one of those grave stones in the Rom cemetery in France.

When Edna died to cancer in 2009 he was devastated and actually had a stroke which had him lying in his flat in Leith for a few days until he was found and taken to hospital, Edna was in hospital when this happened and both ended up in the same hospital. His independence was lost and he relied on some superb home help carers who cleaned his flat and gave him good moral support, slowly his ability to get about unaided was beginning to get stronger. He was still weak from the stroke and his massive loss.

During 2011 Tommy visited the David Stirling memorial statue and even down as far as Darvel to trace his beginnings within the Regiment. He was very fortunate to attend two very important events one in Hereford and Stirling which made him very happy indeed, as a bonus to that he was featured in a BBC documentary which was filmed in his flat in Leith by Robert Hall. He was so pleased to have been able to attend so many events in 2011. The maroon Beret was issued when they became part of airborne forces, so Tommy was not eligible for the sand one as he joined the SAS in 1944. Some stalwarts such as Paddy Mayne wore the sand one until disbandment such was his nature!!

He talked about his time on Bulbasket often recalling incidents which had been buried deep in his memory and his thoughts of the time in France. Before he became ill he and Edna visited Rom cemetery many times along with other veterans and this pilgrimage kept the flame alive for those he lost that morning, never recovering from it, but learning in a way to live with it. 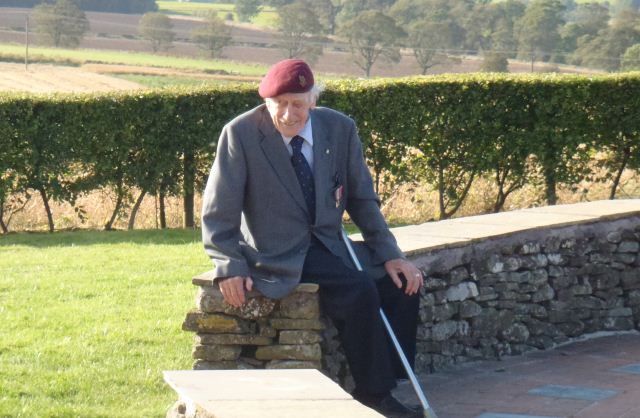 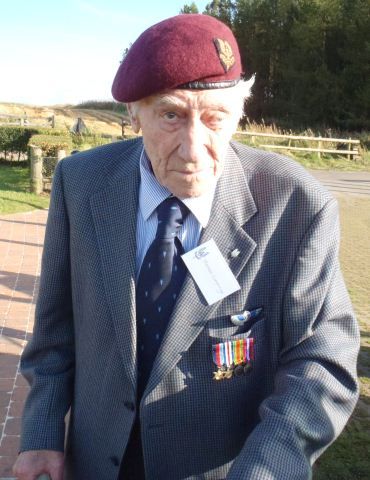