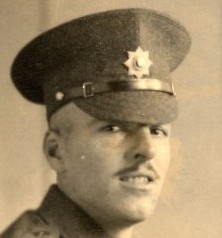 Cecil Riding was born in Hastings, Sussex but grew up near Lockerbie in Dumfries and trained as a surveyor before the war. After the war he travelled as a Merchant.

He enlisted in the Coldstream Guards on 13 June 1940. He is recorded as being 5 foot 11 inches with brown hair and eyes and a fresh complexion.

He was commissioned into Highland Light Infantry 28 March1941.

According to author Michael Asher, he served with Auxiliary Units and later joined the SAS on 24th February 1944. He was presented with a Fairbairn-Sykes Fighting Knife in 1942, which indicates some link with a Special Forces unit at that time. The etched initials of the presenter of the knife are RLCR, though it is not known who this is.

He was part of D Squadron under former Auxiliary Units Intelligence Officer Major Ian Fenwick on Operation Gain in France in 1944 and took command when Fenwick was killed. He was awarded the Military Cross for his courage daring and resource during this operation.

It has not been possible to confirm his service with Auxiliary Units, though it is plausible. We would be grateful to hear from anyone who can confirm the truth either way.

An image of Lieutenant Riding while with the Highland Light Infantry can be seen here.

His family were unaware of his full military career until he died and they went through the attic and found a suitcase full of his wartime belongings. These were all donated to Dumfries Museum. 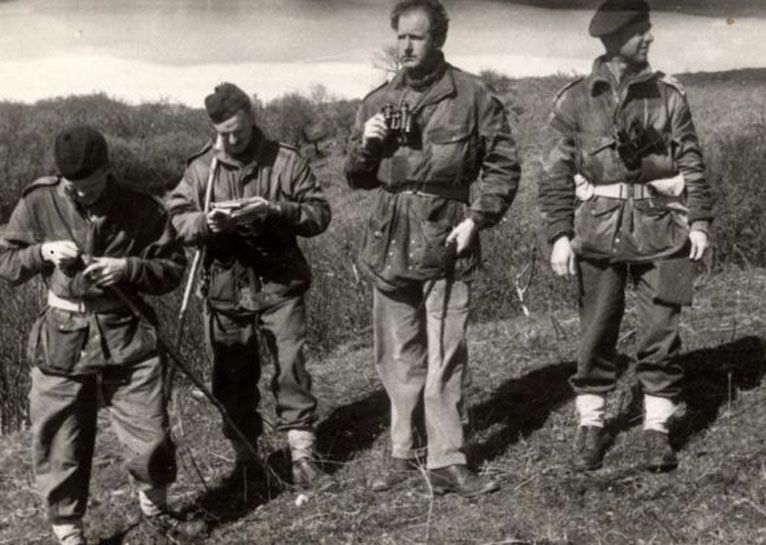