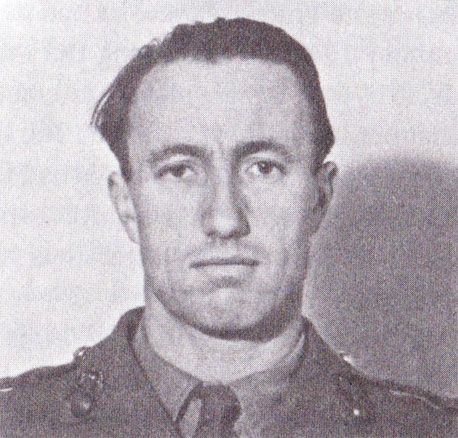 Sydney Hudson came from the same regiment as Norman Field, then the Kent Intelligence Officer. He was born in Tunbridge Wells and before the war lived in Switzerland. He was part of British Olympic Ski team at the 1936 Olympics. He was also winner of the amateur prize at the 1939 Swiss Open. Having joined the ranks in June 1940, he was commissioned on 14 Feb 1941.

He joined Auxiliary Units in East Kent later in 1941. In his autobiography, Hudson describes being based near Ashford, presumably at The Garth. He was providing field and weapons training to a group of six to eight Patrols. He also had a car to travel around and supervise construction of OBs. While attending week long course at Coleshill in December 1941, he mentioned that he could speak French during his end of course interview with the commander. He was asked to write formally confirming this. He did so on his return from the course, though only after discovering he had left all his blankets behind at Coleshill.

As a fluent French speaker, albeit with an obvious Swiss accent, he was an obvious candidate for SOE and, after training at a Special Training School near Guilford, was dropped into Vichy France in September 1942. He was soon betrayed and spent 15 months in jail, before fortunately benefiting from a mass jail break and escaped over the Pyrennes to Spain, then back to Britain. Before long he was back in France in charge of the Headmaster Circuit. Subsequently he went to the Far East with Force 136, operating behind the lines in Thailand, flying in and out of airfields virtually under the noses of the Japanese, thanks to the Royal Thai Army and Air Force, who closely cooperated with the Allies.

He was awarded a DSO on 21 Jun 1945 for his service with SOE and retired as a Lieutenant Colonel in the Intelligence Corps in 1949.