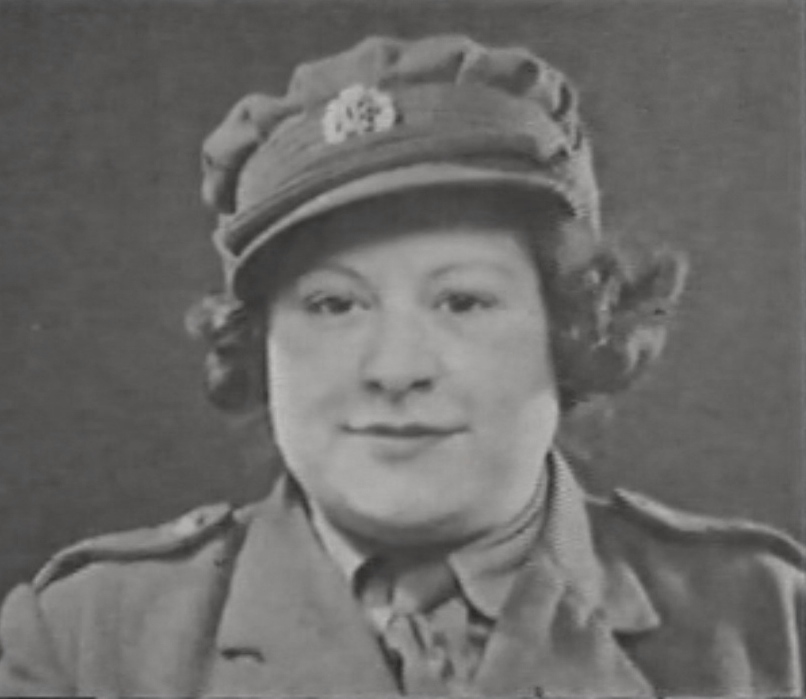 Volunteered for urgent draft for France, turned back at Southampton due to situation

16 November 1941 – 13 April 1943 Secretary to Lieutenant Colonel JSE Todd Head of East African Mission (formerly of Auxiliary Units) John Todd had written to Coleshill when he left, asking for her to be released to accompany him on his mission.

May 1943 Secretary to Major A Philip in Bagdad, Iraq

She was recorded as being 5 feet 2 inches with brown hair and eyes. She was the daughter of Ernest Wilmott and Sophie (nee Stoltz) 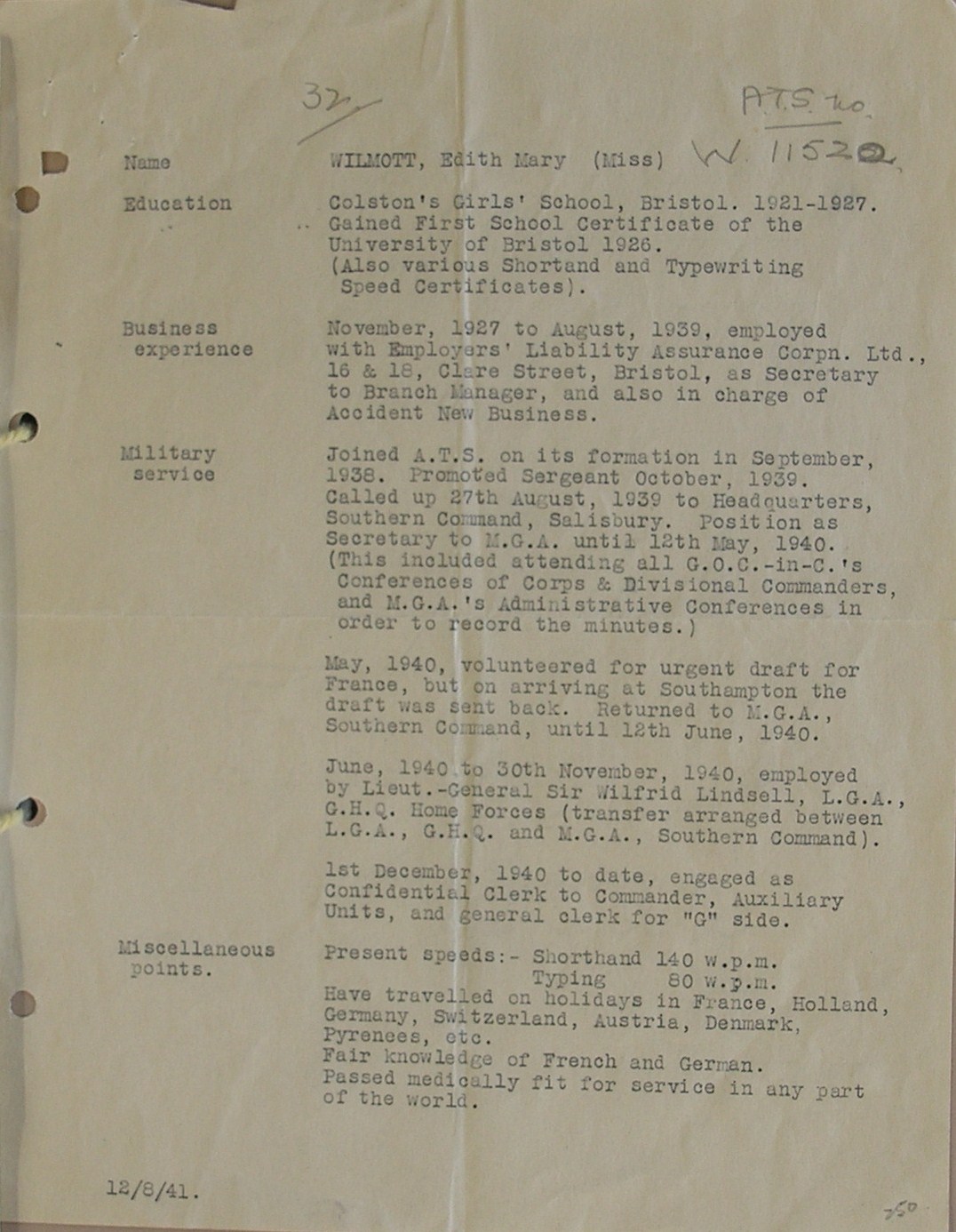 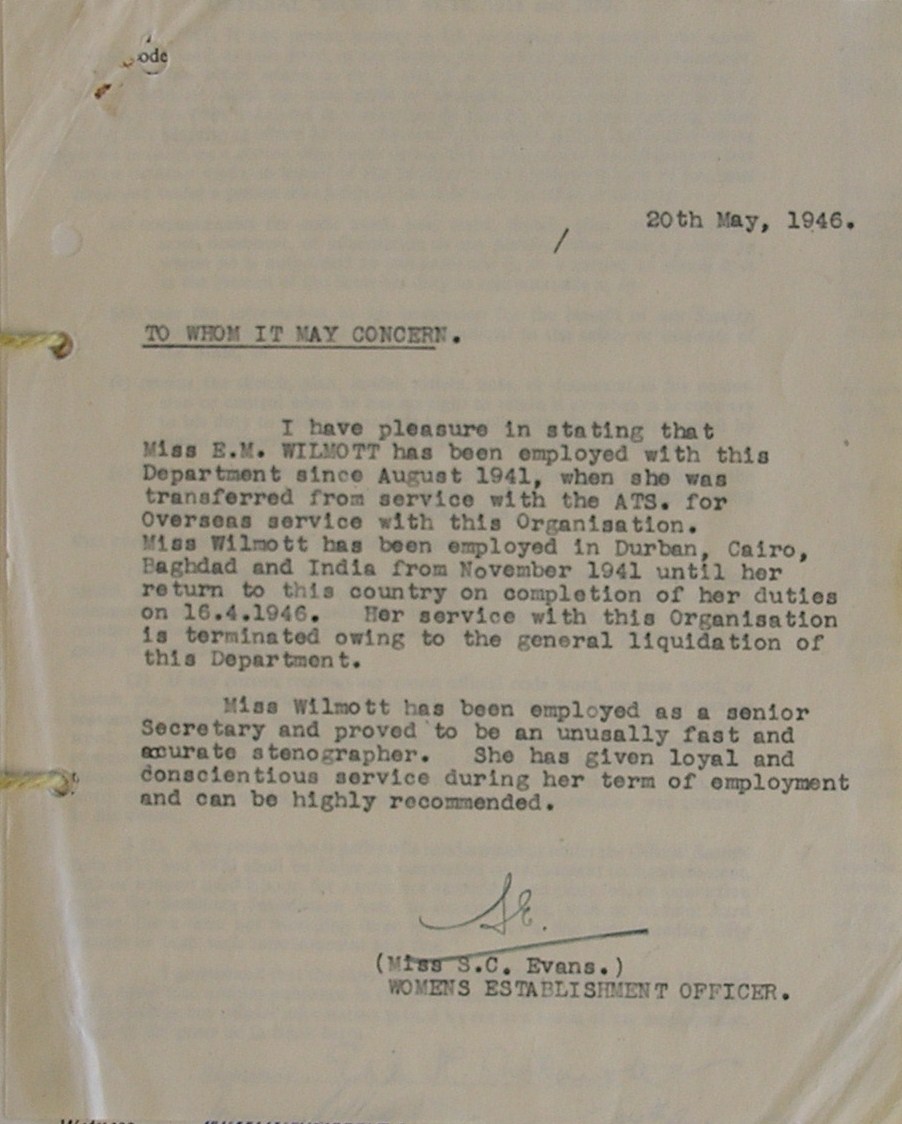