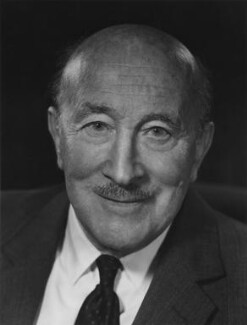 Born in Paris to the late Walter Behrens, President British Chamber of Commerce in Paris, and Evelyn Kate Beddington.

He was awarded the MC in 1917 for conspicuous gallantry and devotion to duty. During a very heavy bombardment of his battery he showed the greatest courage and promptitude in extinguishing fires amongst camouflage and ammunition. He also brought under cover a sergeant who was badly wounded. His energy prevented the destruction of much ammunition and material.

In 1918 he was awarded the bar for conspicuous gallantry and devotion to duty. Whilst acting as forward observation officer he maintained his communications for four hours under a heavy barrage, and sent back much useful information. On the infantry being forced to withdraw, he manned a trench with his observation post party, in addition to which he maintained communication with his battery, which was thus able to do great execution in the enemy ranks. On the following day, although all communication was cut, he succeeded in keeping a line in working order for a period of ten hours, thus enabling artillery fire to be brought to bear on hostile attacks. His fearlessness and determination were magnificent and his energy unremitting.

In the Second World War he was mobilised with his regiemnt for the Belgian and French campaigns.

On 2 Jul 1940 he joined Auxliary Units from the beginning when their headquarters was in Whitehall Place then moved out of London to Coleshill House. His duties were recruitment and administration. He was believed to have spent evenings in London on business but was actually assisting an ARP Group rescuing trapped civilians from bombed out houses.

In April 1944 he went on to the unemployed list. And from 1 Sep 1948 he ceased to be on the Reserve having exceeded the age limit. He was a strong pro-European and also a successful businessman. Post war he seems to have held a few Directorships and was Chairman of a few companies (such as Gray Carpets and Textiles) alongside fellow Auxiliary Units Officer Major Colin Gubbins.

He died at Chesham Place, London and is buried at St James Churchyard, plot 318.

23 May 1916
From Royal Military Academy Sandhurst to be Second Lieutenant Royal Field Artillery.

14 Aug 1917
Awarded Military Cross for courage under fire and extinguishing fires in camouflage and ammunition. 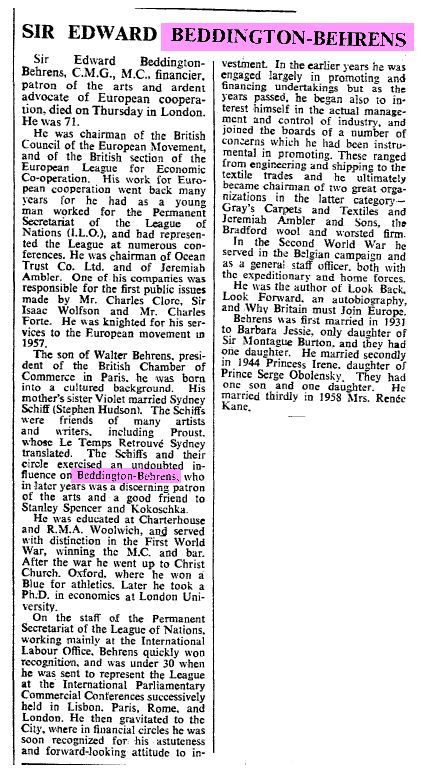