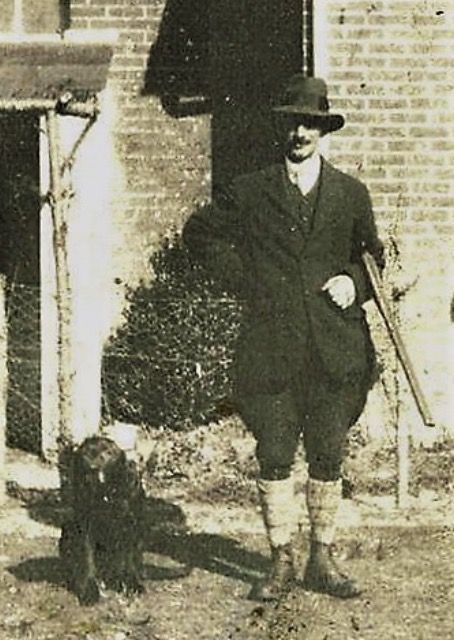 George Northover (senior) was the gamekeeper for Major A. Rolph Pope T.D., M.A., J.P. who was the main landowner in the area, living at Wrackleford House. He had grown up in the village, being employed as a dairy hand by the age of 14 and he also served in World War One as a Corporal (19958) in the Army Ordnance Corps (AOC). The AOC (later RAOC) was responsible for the supply and repair of Army equipment and he may have known about explosives already, making him an ideal choice for Patrol commander.

His son, George William Northover, was a member of the Patrol until he joined the Royal Air Force Reserve as Lancaster bomber aircrew serving with 101 Squadron. His place in the Patrol was taken by his brother Horace John, though technically too young to join and he does not appear in Official records until he was old enough. Before this, Jack, as he had always been known, was in the Home Guard but hadn’t heard anything about Auxiliary Units.

Tragically, George William Northover was killed on 15th April 1943 when just 20 years old, when his plane was hit during a raid on Stuttgart, Germany, crashing in France. His father died on 3rd September 1943 aged 58 and his wife, Gladys Sarah Louisa died on the 13th June 1944, aged just 53. Both are buried in Stratton. George Herbert’s funeral on the 6th September 1943 was reported in the local newspaper and in a surprising lapse of security, the wreath left by the Stratton Auxiliary Unit and the attendance of Captain HH Gaunt, Lieutenant V Boon and Lieutenant P Weaver (Scout Section Officer and the acting Intelligence Officer for Dorset at the time) representing the Auxiliary Units Patrols were openly reported.

George William Northover left the Patrol prior to the nominal roll being compiled in May 1943, which means he does not appear there and therefore we do not have details of when he was registered as joining the Home Guard. 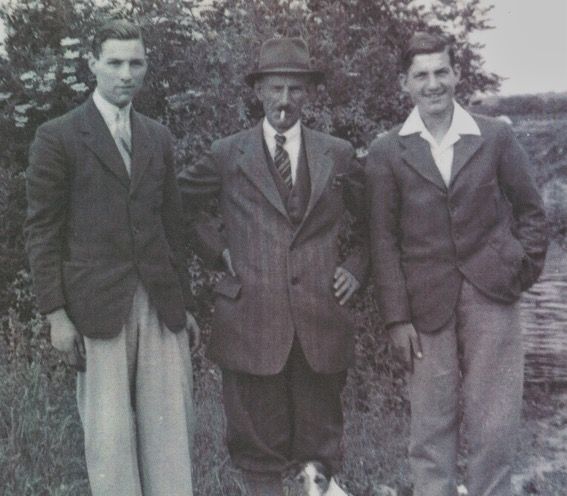 Caption & credit
George Herbert Northover centre, with George William to his right and Jack to his left (Dave Northover)
References