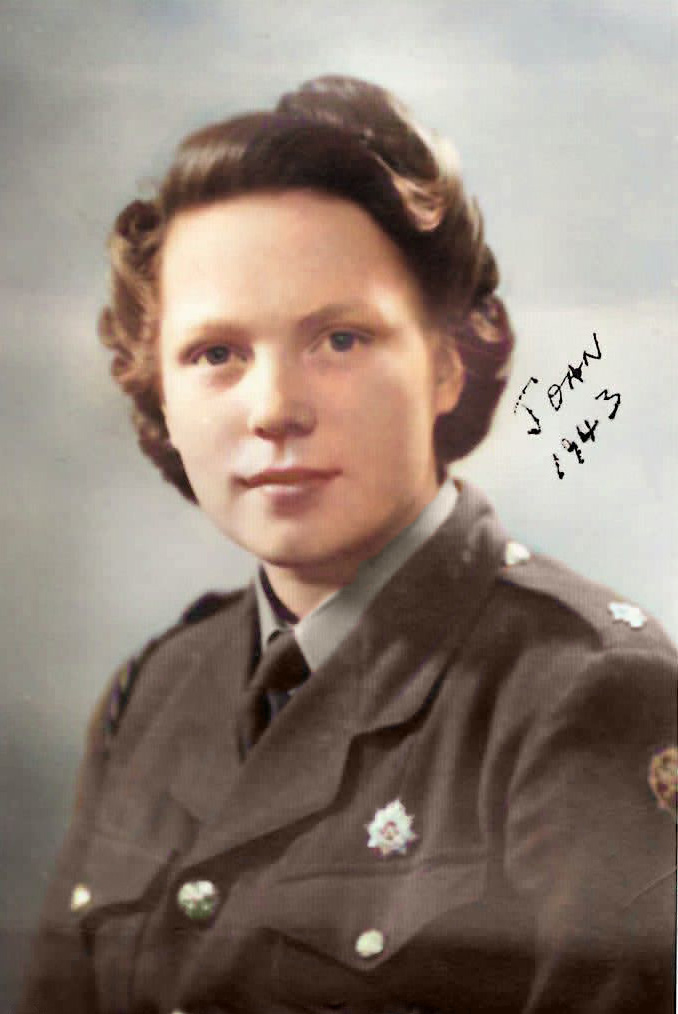 Joan was a secretary at Coleshill. She married 9th August 1947 having met her husband Alexander A Midwinter in October 1943.

Joan was only 15 and living in Leeds when war broke out. Having settled down to Secretarial work it was in 1943 that she and a friend wanted to do their bit and volunteered to join the ATS.

Joan recalled; Reporting to Pontefract Barracks on 30 April, was an eye opener but we survived and completed our training. The experience I had gained in my civilian job helped me pass out quickly with the trade of shorthand typist.

I was posted to Auxiliary Units GHQ, and arrived on 22 May 1943. I worked in the orderly room which was located on the first floor of the stable block above the old carriage house. Two sergeants worked nearby, one in the office at the end of the corridor and the other in the orderly room. I worked for the Camp Commandant, Captain Benson who had an office nearby. Although we had electricity the office was very cold and I use to type wearing woolen mitts. I never actually saw any horses but I certainly smelled them. At midday we stopped for lunch which we took in a hut in the stable yard. We ate with any off duty men; I remember RASC drivers but do not recall any from the Royal Signals. Sometimes during the break we girls would stroll in the woods and pick primroses. I cannot recall seeing any huts in the woods.

Colonel Douglas was the Aux Commander, Captain Benson Camp Commandant and there were others including Lord Delemere but I had no contact with them so cannot recall their names.

We did not like Thursday’s because there was a half hour gas alert practice when we had to work wearing our gas mask. By chance this was exactly when the RASC Drivers chose to fuel up their vehicles at the garage in Coleshill on the left as you go up the hill. I say garage what I mean really was one hand operated petrol pump fed from a 300 gallon tank. It was solely for our use and my responsibility as acting MT Clerk to issue it (without my gas mask) and crank the pump lever backwards and forwards. The owners name was Roger Simpson. [Nb: Roger Simpson also had the garage in Highworth which was where major repairs to Aux vehicles were carried out.]
There was an assortment of vehicles – staff cars, 15 cwt and two or three 3 tonners. I don’t think there were any motorbikes.

Our working day was 8.30 to 17.00 so at 5 pm we climbed into the back of a 15 cwt truck to take us back to our billet which was Hannington Hall in the village of Hannington north of Swindon, a journey of about 5 miles. It was home to the Fry Family of Fry’s Chocolate. We slept on the second floor. At weekends we would cycle, or go to the cinema or to a dance. I met my future husband who worked at Highworth Station at a dance in the school at Highworth. It was October 1943 and we married on the 9th August 1947.

I do not recall any male Officers living there. Major Temple (niece of the Archbishop of Canterbury) was the Senior Commander in charge of us.

There may have been ATS elsewhere but at Hannington there were 4 Officers, 1 driver, 1 sergeant, 3 corporals, and 11 privates that includes the cook and orderlies who worked solely where we were billeted at Hannington Hall.

Near the end when the GHQ was shutting down I spent a few days living in Coleshill House which was very grand. I think I left Coleshill in November 1944 but age does dull the memory.

In 2015 Joan returned to Coleshill, 72 years after she had started: 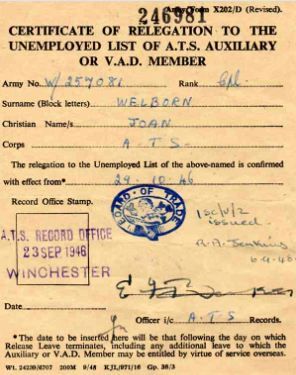 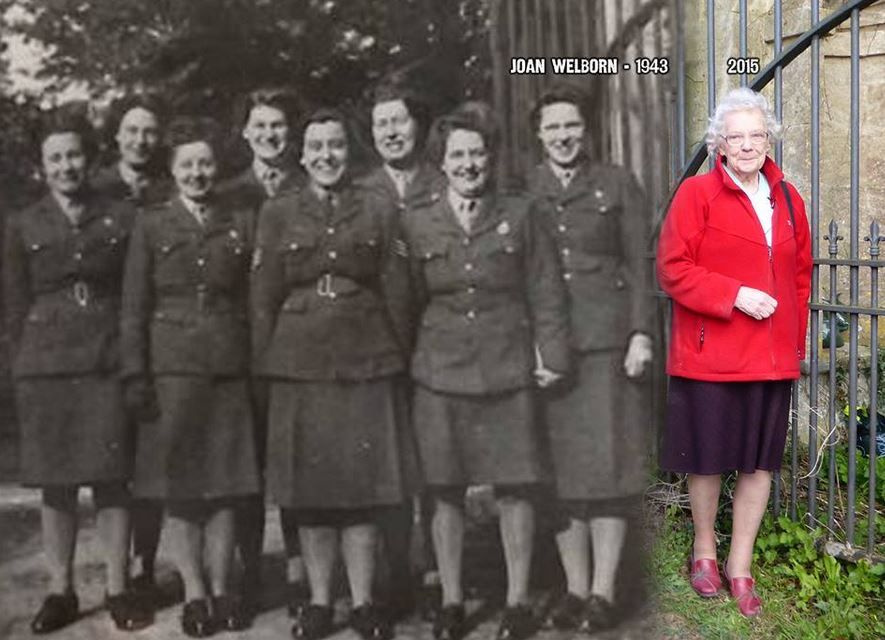 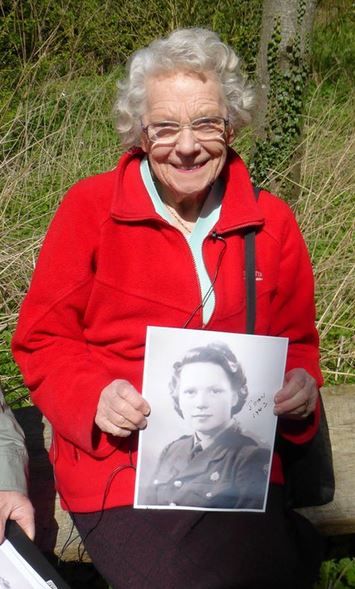 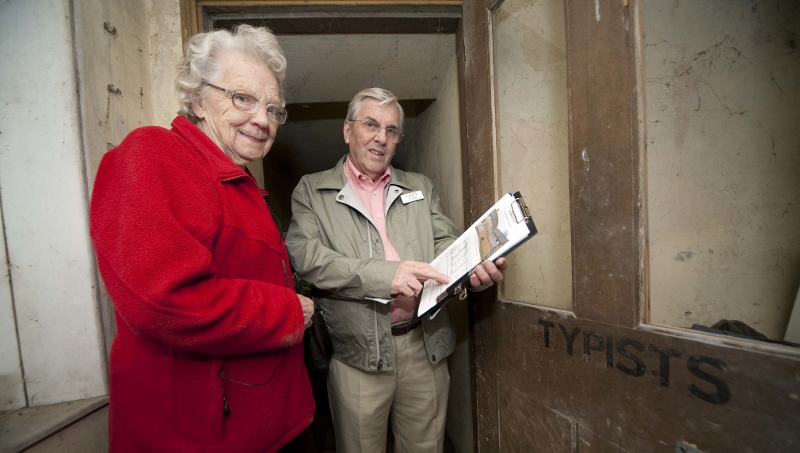