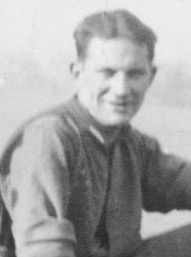 The British Resistance Organisation Museum was contacted by the son-in-law of John F Gallimore in the late 1990s. He reportedly served at River House, Earls Colne, headquarters for Essex Auxiliary Units and trained Home Guard members there.

He was married in summer 1941 in Halsted in Essex, close to Earls Colne, supporting this. He was born in 1919 in Lancashire and died in 2000 in Essex.

He married Iren M Sumner at Halsted in the summer of 1941.