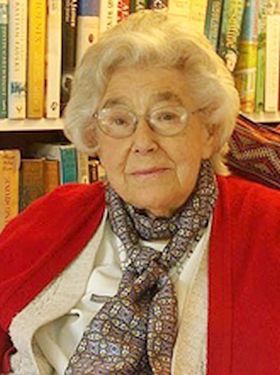 Margaret was the daughter of Thomas Frame Jackson and Muriel (nee Wallace) and born in Buenos Aires, Argentina.

In 1940 Margaret Jackson was working for the Royal Institute of International Affairs when she was interviewed by Gubbins. He was looking for a French-speaking secretary and she joined him in Paris, where he headed the mission to liaise with resistance groups run by the Polish and Czech authorities in exile.

In Paris she was a secretary to Number 4 Military Mission before being recruited to Military Intelligence Research (MIR) on 1 Jan 1940, a small department of the War Office. After the German breakthrough, on June 17, with the French surrender imminent, she escaped from St Malo on a hospital ship and got back to England.

In London, having reported to MIR, she was told that Gubbins had been directed to form the Auxiliary Units, a clandestine civilian force which would operate behind German lines if Britain were invaded. She worked for him first in Whitehall and then at a country house in Wiltshire, Coleshill House.

In November, Gubbins was seconded to SOE, which had recently been established to wage guerrilla warfare in Nazi-occupied countries and, in Churchill’s words, to “set Europe ablaze”. When Gubbins and Margaret Jackson first arrived, there was not a single radio set operating in Occupied Europe. By the summer and autumn of 1941, however, more than 60 agents had been dispatched to north-west Europe, nearly half of them to France.

Margaret Jackson’s already heavy workload increased correspondingly. Her role was to coordinate the work of the senior secretaries who had to wrestle with multiple carbon copies and manual typewriters. With large bundles of telegrams being the lifeblood of the organisation, she sifted and annotated them for Gubbins, who would read them and pass them on to section heads. Security was a priority. Posters on the wall warned against careless talk and the danger of informers. Every night papers had to be locked up or shredded, and diaries and blotters removed. In September 1943 Gubbins became executive head of SOE, and Margaret Jackson regarded him as a born leader. For his part, he was not afraid to delegate responsibility to her and to other members of his very competent staff; he would not countenance any form of discrimination against women.

When SOE was disbanded in 1946, Margaret Jackson was appointed MBE. She joined the Allied Commission for Austria in Vienna and took notes at the quadripartite meetings. She subsequently joined the Organisation of European Economic Co-operation in Paris and worked as its deputy secretary for about four years.

She returned to England in 1952 and, having joined the Foreign Office, was posted to Melbourne in Australia as an information officer. There she became involved in Moral Re-Armament, a movement that was gaining traction among dockside workers at a time of considerable industrial strife. When she was told to sever her association with MRA on the ground that she was dabbling in politics, she refused; the matter was dropped, but she subsequently resigned and returned to England. Back in London, she worked in a number of secretarial jobs, including nine years as PA to the secretary of the Malaysian Natural Rubber Producers’ Research Association. For eight years she served as a Conservative councillor for the London borough of Southwark.

1930-32 Educated by home Governess while living in Argentina where her Scottish father was the manager of a lighting and power company in Santa Fe. 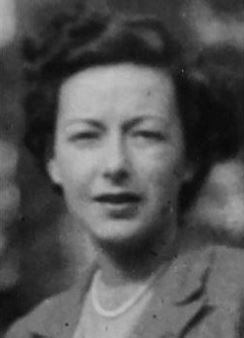