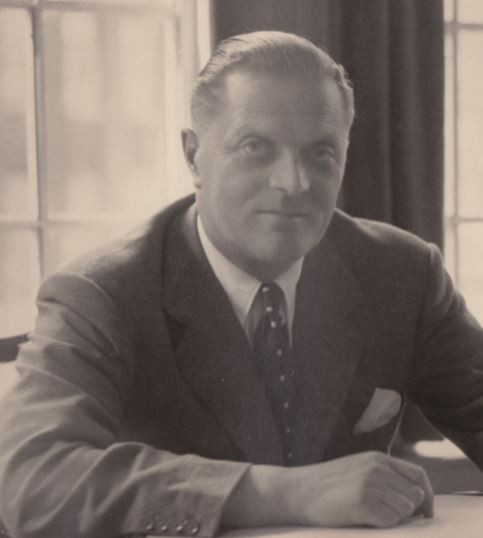 He was born in London, the son of Brigadier General Rupert Farquar Riley CMG DSO and Violet Lousie Cobbold. He attended Malvern College, and is recorded as playing cricket for his house along with friend George Courtald who would later be an important influence on his military career.

Aged 17, he went to Canada in 1921, going onto study mining engineering at MacDonald University where he learnt how to use explosives. He reportedly spent some time on a farm and also as a Mountie, though no record could be found of his enlistment in the Royal Canadian Mounted Police. Whilst there he suffered a serious injury an artery in his leg when a horse bolted while pulling a harrow that had like long effects.

When he returned he learnt to race Riley Sports Cars between 1929 and 1935. He was a cousin of the founders the Riley family that owned the car company, and helped to develop their WD Tourer. He was a manager in the works as well as a driver. In 1935 while driving through the Gyphtocastro pass in Greece, he and his codriver had to abandon their vehicle as it slid over the edge of a precipice in icy conditions. the Riley car ran down a 170m gully, hitting boulders and gullies as it went.The men recovered the car and made some roadside repairs before driving on. Allegedly a nearby shepherd said that God didn't want them, nor the Devil, so they would have to stay where they were. The car was shipped back to the Riley works and dismantled.

On 12th September 1939 he married Barbara May MacKenzie at Selsey, Sussex. Both engagement and honeymoon were short due to the outbreak of war. The couple would go on to have 3 children, daughters in 1940 and 1952 and a son in 1943.

2 Sep 1939 Commissioned direct to the Special List without Pay and Allowances (indicative of recruitment to MI6) with immediate promotion from Lieutenant to Acting Captain, and on 2 Dec 1939 to Temporary Captain (War Substantive Lieutenant).
His good friend George Courtald appears to have been responsible for his recruitment to Section D, which was part of MI6. A later list of officers notes that he was with MI6 pre-war, though in what role is unclear. Possibly his travels around Europe as a racing driver gave him the opportunity to observe matters of interest to His Majesty's Government.
He is recorded as being responsible for Switzerland as part of the French Section of Section D during this period, when attempts were made to sabotage German interests and recruit future saboteurs. This was despite his speaking little German and no French. Family recollections include his travelling by train to destroy bridges across the Danube, target of several operations by Section D to deny this vital waterway to the Axis Powers. Another recalls him dropping in friends prior to going overseas, carrying with him a bag of diamonds. On another trip George Courtald had placed an alarm clock in his case, designed to go off at an embarrassing moment. At another time he found himself having to hide in a shed under sheepskins and cattle skins.
It seems likely that he returned to England around the time of the Dunkirk evacuation and became one of the organisers for the Home Defence Scheme run as a staybehind group for Section D. The intelligence gathering element of this was taken into Auxiliary wholesale under its commander, Lord Bearsted. Later SOE documents record him as D/C1, the personal letter code to avoid using names.
15 Jul 1940 Transferred to Intelligence Corps.
22 Jul 1940 Appointed Auxiliary Units Intelligence Officer Special Duties with rank of Acting Captain. His area of responsibility is unknown, but most likely was Kent and Sussex as this was his home area. He appears on a telephone directory as an Intelligence Officer in August 1940.
28 Jul 1940 Sent to the Special Training Centre, Lochailort, MI(R)'s training school in Scotland to attend a 10 day course. Later this would become the Commando training school. He would have been trained by Fairbairn and Sykes, Lord Lovat and his cousins, David and Bill Stirling, who would found and both command the SAS. Reportedly Riley also spent time as an instructor here, with Evelyn Waugh as one of his students, presumably in November 1940 as before this Waugh was overseas and after was in Arran with 8 Commando, before going overseas in early 1941. He is reported as relinquishing the rank of Acting Captain on the same date as the course starts. He is listed as an Intelligence Officer (without any rank mentioned) on a list of telephone numbers dating from this period. No telephone number or address is linked to his name, unlike almost all the others listed.
1 Dec 1940 Left Auxiliary Units to join TT2 as a Staff Captain (Acting Captain) in the War Office. Ministry of Supply department TT2 was responsible for the provision of wheeled transport. His skills as a manager with Riley Motors was invaluable and presumably the reason he was selected for this role, as were others from the industry.
19 Jun 1942 Promoted to Acting Major on appointment as Deputy Assistant Director Mechanical Engineering (DADME) TT2. He was department head for the section dealing with bicycles, cars, light lorries and trailers.
9 Sep 1942 Promoted to Temporary Major. He is thought to have worked looking into the waterproofing of wheeled vehicles for the invasion of Europe.
7 Sep 1943 - 5 Oct 1943 Proceeded overseas on Temporary Duty. He is believed to have landed in Sicily or other Italian territories and was granted the Italy Star which confirms this. Possibly this mission was undertaken for SOE, who absorbed Section D. However, he has no SOE personnel file. Alternatively this may have been a mission on behalf of TT2 looking at preparation of vehicles for landings in relation to his role with in the UK.
16 Nov 1943 Appointed DADME to ME13
8 May 1944 Transferred to Department of Mechanisation
1 Jun 1944 Attached 21 Army Group
He embarked for Europe operating as 40 Mechanisation Staff (which consisted of Lieutenant Colonel Riley, Driver Thwaites and clerk in a single 15cwt Dodge lorry. he was essentially his own unit and wrote his own war diary which survives in the National Archives. His role appears to have been to assess the performance of British vehicles in the field, highlighting any improvmeents needed, as well as selecting German wheeled vehicles for transport back to the UK for technical assessment. 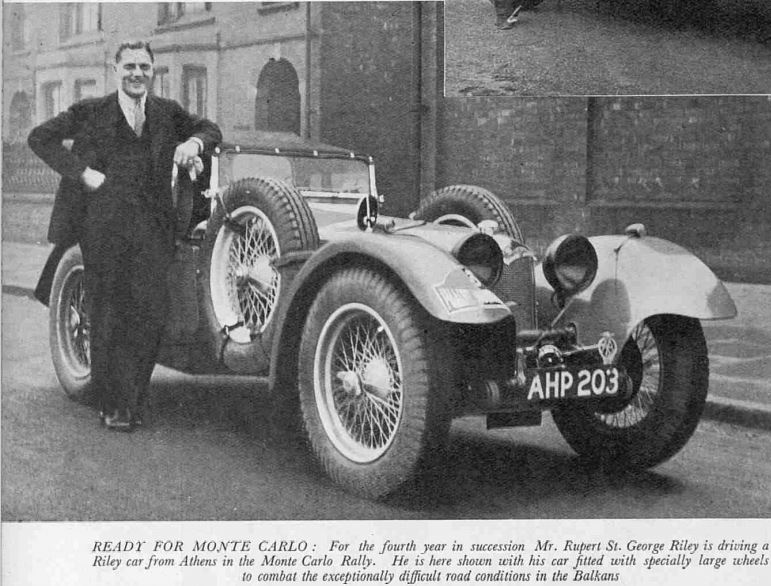 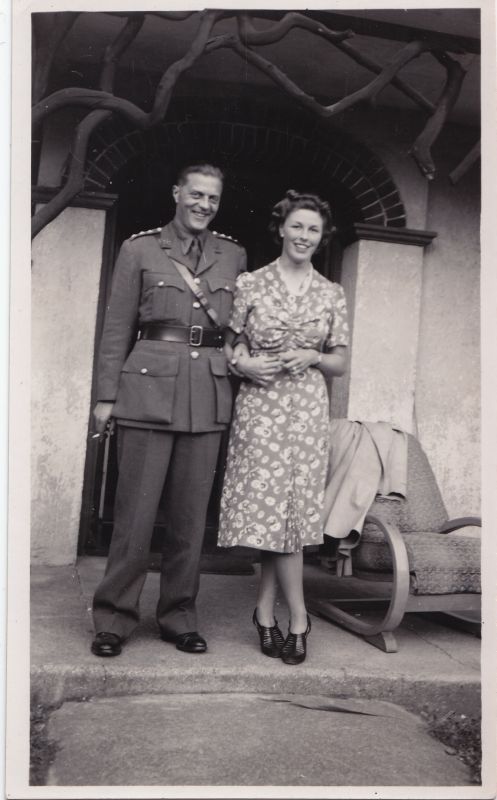 Research by Grandson and researcher Phil Tomaselli in National Archives