He was in the Auxiliary Fire Service by 1939.

He enlisted and was promoted Lance Corporal.

4 Jul 1944 Parachuted into France as part of Operation Gain, but the landing site had been compromised and the enemy were waiting, disguised as Maquis. He was wounded and captured by the Germans. He was given morphine by a comrade, but was not taken to hospital. Instead, along with others, he was executed in a wood near Beauvais. The Germans had convinced the men to change in to civilian clothes on the grounds they were being taken to Switzerland as part of an exchange. After stopping in the wood, they were lined up and told they would be shot. As this happened, the men broke for the wood, two of them getting away. Sadly Varey was not one of them, perhaps hampered by his existing wounds.

He is buried in the Marrisel French National Cemetry, created in 1922 for dead from the First World War.

In 1939 he is working as a machine compositor and living with his parents Alfred and Annie in York. His brother Harry also died in service in the RAF. 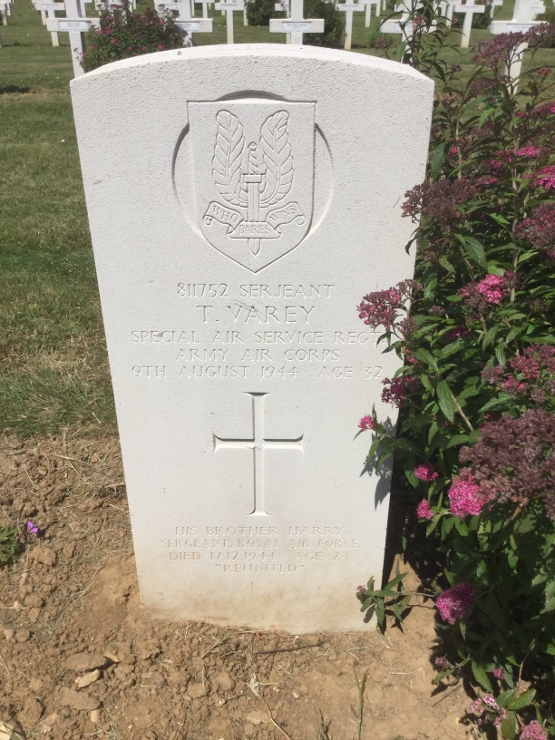 SAS and LRDG Roll of Honour