Enlisted at the start of the war in the Gordon Highlanders then Commissioned to the Black Watch.

He arrived in Northumberland in September 1943 as the Scout Section Officer basing himself in Berwick and Alnwick. He managed to make the local press for a drink driving offence while driving some ATS girls back to Doxford Hall after a night out in Alnwick. Fined £5.00.

6 Oct 1941 Captain, General Staff Officer 3rd Grade (GSO 3) at the War Office in the Command & Staff Section. Some of this time he spent at Bletchley Park with SOE. From this post he managed to run street and house to house fighting courses (FIBUA) for Glasgow Home Guard and any other units in the Home Guard.

Late in the summer of 1944 he joins the Special Allied Air Reconnaissance Force (SAARF) who were working within "Vicarage" a special department set up to stop the possible massacre of Prisoners of War once the Germans realised they would be defeated. He was parachute trained for this role.

Address
Thouron was originally from Crookham, Maidenhead, Berkshire. During the 1950's he moved to Doe Run, Unionville, Pennsylvania USA
Other information

Thouron was a keen gardener with a large collection of Orchids. A keen golfer and frequent visitor to Scotland for Golf and Fishing.

After the war Thouron married Esther DuPont in 1953 (Died 1984) and spent much of his time in America. Here he and his wife set up a fund for students to study at the University of Pennsylvania, this graduate/fellowship program helped approximately 700 students, British and American to study either in the UK for the Americans or Pennsylvania for the British. In Doe Run in Unionville, Pennsylvania he turned some fields into award winning gardens and was well known for his gardening abilities. He was awarded the CBE in 1967 and KBE in 1976. He died in America on 6 Feb 2007 at the age of 99. 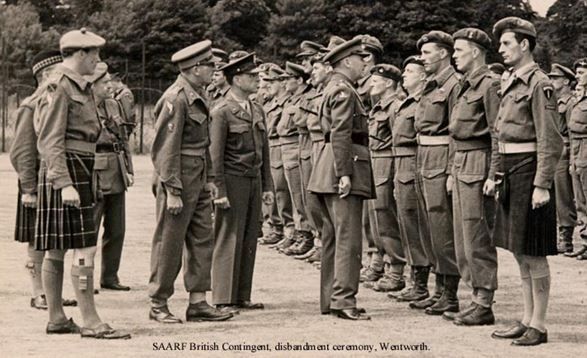 The National Archives in Kew

Almanac of University of Pennsylvania