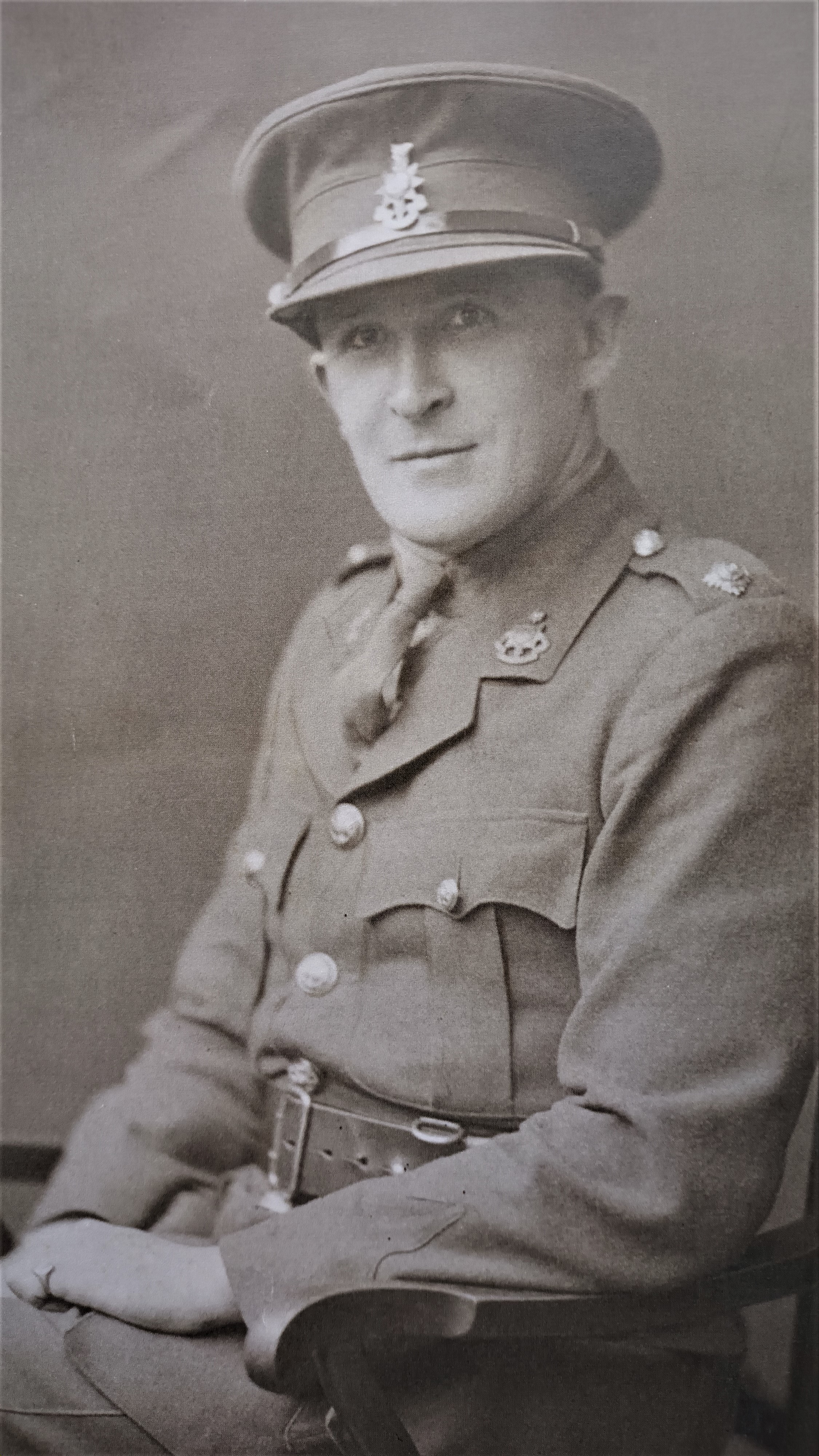 He was the first day boy to attend St Oswald's College, Ellesmere in 1922. After Shrewsbury School, he attended Hertford College Oxford gaining his MA. He played football for the First Eleven, scoring 14 goals and was the losing finalist two years running in the College tennis singles competition.

In 1947 he was working at Bramcote Hall Preparatory School, Nottingham. In 1949 he was Headmaster and living at Radnor House School, Redhill, Surrey. He died in Earl Shilton, Leicestershire. Until 1969 he was a church warden at Dadlington, Leicestershire.

Hertford College, Oxford 1933-1936 where he played football and tennis.

1932 Lance Corporal in Shrewsbury School Officer Training Corps
2 Sep 1939 Commissioned as Second Lieutenant in the Royal Sussex Regiment (Territorial Army)
He is recorded as having been with D Company, 7th Battalion, Royal Sussex Regiment in 1940. He appears in a photograph of Officers taken in March 1940. It is thought he deployed to France with the Battalion, but it is unclear if he was with them when they were effectively destroyed at Amiens on 20th May 1940, holding up German Panzer units without support. Some survivors did manage to escape back to England, to join a reformed unit. This was disbanded in December 1941, though most of the men had been transferred in April to an anti-aircraft unit.
2 Mar 1941 Promoted to War Substantive Lieutenant
1 Apr 1941 He was appointed Captain and Auxiliary Units Intelligence Officer in Suffolk
2 July 1941 Promoted Temporary Captain (noted to be Specially Employed)
12-14 Jun 1942 taught on the 6th Group Commander's Course at Coleshill House
5 Sep 1943 Appointed Intelligence Officer for Somerset
26 Apr 1944 Letter records that no longer Intelligence Officer in Somerset and appears to have left Auxiliary Units
Promoted to Temporary Major
Served with the Gurkhas (4th Prince of Wales Own Gurkha Rifles) in India and Burma
21 Aug 1963 he ceases to be on Territorial Reserve of Officers, retiring with the honorary rank of Captain.

Major RFH Darwall-Smith was also a Royal Sussex Regiment Officer with a seniority just 8 places ahead of Holberton. He is likely to have known him well and may have been responsible for Holberton's recruitment to Auxiliary Units.

Oxford History of his father and his Memorial